Nash Nevinson Spencer Gertler Carrington Bomberg A Crisis of Brilliance has been published to coincide with an exhibition of the same name held at Dulwich Picture Gallery during summer 2013. Written by David Boyd Haycock, the publication features additional essays by Frances Spalding and Alexandra Harris.

At the turn of the twentieth-century numerous Modernist art movements struggled for dominance creating a lively and highly creative atmosphere in the British art scene. David Haycock, author and curator of Dulwich Picture Gallery's exhibition, Alexander Harris, author and lecturer in art history, and Frances Spalding, leading art historian and biographer of the Bloomsbury Group, examine how six artists in particular responded to the challenges of Primitivism, Futurism, Cubism, Vorticism and Expressionism.  Those artists were David Bomberg, Dora Carrington, Mark Gertler, Paul Nash, C.R.W. Nevinson and Stanley Spencer. They are now regarded as six of the most influential and distinctive artists of the twentieth century.  They studied together at London's Slade School of Art in the years preceding World War I and at the time their drawing tutor, Henry Tonks, described them as the school's last 'crisis of brilliance'. 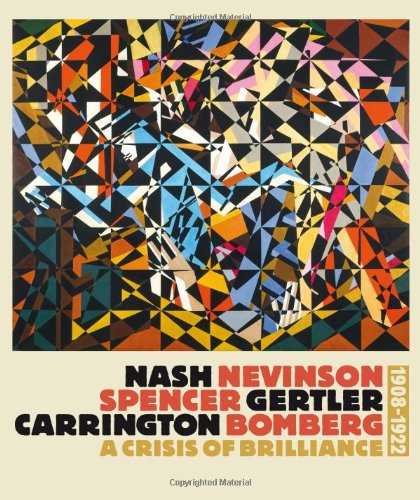 Layout of the Catalogue

The catalogue features the 71 works featured in the exhibition. These include early drawings, watercolours and oil paintings by the group as students, as well as mature works created during World War I and the period immediately after.

The publication is arranged in three sections:

The first part includes a chronology of events starting with the birth of Paul Nash in 1889 going right through to the Armistice in November 1918.

Haycock provides us with biographies of each of the six artists. The little details, such as the fact that Nevinson was a sensitive child, and that Gertler was born in a slum lodging-house in Gun Street, Spitalfields in the heart of London's East End, make for a thoroughly interesting read.

The second part of the book features three essays:

Haycock, Harris and Spalding offer us fascinating texts providing a valuable insight into the lives and works of these artists.

The third part of the book forms the Catalogue which is subdivided into self-explanatory chapters as follows:

David Boyd Haycock is a freelance curator, writer and lecturer. His specialist subject is British and European art and culture of the early twentieth-century. He is the author of numerous books including I am Spain: The Spanish Civil War and the Men and Women who went to Fight Facism (2012) and A Crisis of Brilliance: Five Young British Artists and the Great War (2009). The latter publication is developed further in this latest book.

Frances Spalding is a biographer, critic and art historian. Her specialty is twentieth-century British art and her publications include biographies on members of the Bloomsbury Group. She is Professor of Art History at Newcastle University and holds various Fellowships. In 2005 she was made a Companion of the British Empire for Services to Literature.

Alexandra Harris lectures in literature at University of Liverpool. She is author of Brief Lives: Virginia Woolf (2011) and Romantic Moderns (2010) for which she received the Guardian First Book Award and a Somerset Maugham Award. She is also co-editor of Modernism on SeaArt and Culture at the British Seaside (2009). 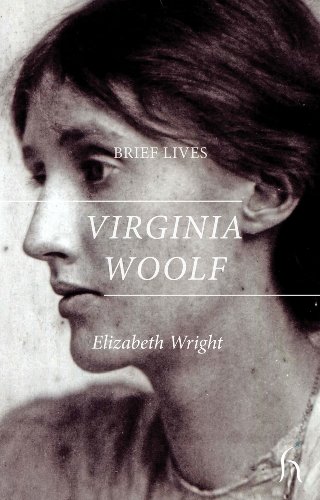 This publication sets the work of Nash, Nevinson, Spencer, Gertler, Carrington and Bomberg into the context of the Great War. The authors examine their artistic preferences and development in relation to 20th-century art through scholarly, but highly readable texts. Further details are available from Dulwich Picture Gallery. The book can be purchased from the gallery and all good book stores, priced at £25, ISBN 978 1 85759-818-6.

This article on Infobarrel reviews the exhibtion. 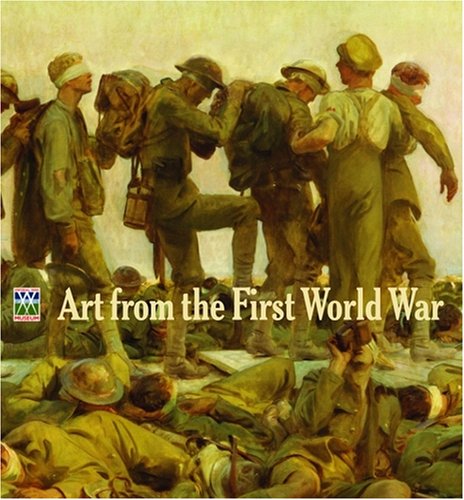