I'm the man who's gonna be King of the Writers!
InfoBarrel is a writing platform for non-fiction, reference-based, informative content. Opinions expressed by InfoBarrel writers are their own.
InfoBarrel > Business & Money > Jobs & Careers

A Few Tips For a Successful Job Search

Find a Job for You!

Job hunting can be tough. Really tough. And ever since 2008, the job market hit rock bottom and never truly recovered. Any single job posting can have hundreds and hundreds of applications. So how do you make yours stand out from the crowd? Finding a good job is more than just throwing a hundred resumes at a hundred companies and assuming that you'll get responses. And as important as networking is, it's more than that too! Here are some tips for you to follow to ensure that you get the job you're looking for.

Yes, you know not to show up for a job interview in street clothes. But did you have someone else look over your resume to make sure that it looked its best? Your resume is more than just a list of previous jobs; it's essentially you on paper. A prospective employer sees your resume before they see you, and your resume will form an image of you as a person in their minds. You definitely want that image to be a positive one, don't you? They say first impressions are everything. But the recruiter's first impression of you isn't during the introduction and handshake; it's when they first see your resume.

Your contact information should be professional too. Have a professional email address separate from your personal one. You don't have to get rid of OGLadyKilla@yahoo.com, but it's not what should be at the top of your resume. The recruiter is looking for a respectable applicant who will represent their brand inside the workplace and out. Your email address should represent your brand.

Wow, you've just sent out 3,000 resumes over the past 3 months. You should get a reward for that. Unfortunately, a job offer will not be one of those rewards. Each of the 3,000 recruiters who received those 3,000 resumes has about 3,000 other applicants who submitted their resumes as well. All of your resumes are mixed into a giant pile with little chance of even being seen. It's not about throwing everything you have out there and seeing what comes back; it's about making yourself stand out from the rest of the applicants.

Apply for the jobs that you really want, not just for anything that you're qualified for. Ask yourself if the job requirements are within your skill set (because you will be performing those duties and more if you get hired) and apply only if you can picture yourself doing that job day in and day out. And then tailor your resume and cover letter to that specific position. If you can find out the name of the recruiter or HR manager (a few minutes of Internet research on the company can unlock a treasure trove of useful information), then direct your cover letter to that person. A recruiter can spot a generic resume that's been sent out dozens of times from a mile away. Personalizing your resume will get you noticed, as it shows that you took both the time to research the company and the effort to reach out to that particular employer. 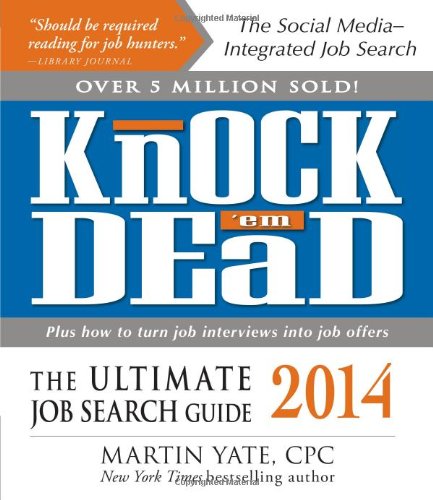 In these days, job postings and application submissions are all done online. Employers only take online submissions. So actually going into a place of business and asking for a job is dead, right?

Wrong. Again, it's all about standing out from the crowd and networking. In this age of sending application after application from your computer, actually coming into a place of business and speaking to the owner (or the manager if it's a corporation) can make you stand out. Take a day, put on your interview clothes and bring a folder full of resumes, and go to different businesses and ask to speak to the manager. Very often, you will be told to apply online. But just as often, you will speak to a manager who can not only tell you more about the company, but refer your resume up the ladder. They can also give you additional information about upcoming openings that haven't been made public yet. Isn't it great to get some inside information? And when you do apply for that job online (and you will eventually have to anyway, as most companies' Human Resources departments require it), you will have someone to reference in your cover letter. Just imagine how much your application will stand out when you've referenced a manager of the company and they not only forwarded your information ahead of time, but even gave you a glowing recommendation based on your face-to-face meeting! It's an advantage that you'll have over other applicants who just sat at home and sent generic resumes out.

I remember the scene in the film Transformers: Dark of the Moon where the main character has a job interview with an insane CEO who starts off the interview with a pressure-inducing speech about how the first job after college will make or break a person's entire future, followed by the words “Impress me”. It was memorable because it invokes the common idea of what a job interview entails: a vulnerable and powerless prospective applicant sitting in a cold, emotionless room with a powerful and spiteful businessman who will look down upon and judge said applicant according to his whims and decide his fate. Many people fear the job interview because they fear that sort of situation. Or more broadly, they fear the perceived balance of power between the interviewer and interviewee. They believe that the interviewer holds all the power.

Imagine my surprise when I showed up for my very first job interview and found that the interviewer was just a normal, likeable human being! In fact, all the interviews I've ever been on were like that. You see, as much as you are trying to sell yourself and impress the interviewer, he or she is trying to impress you too! Remember, they put a job posting out there because they need someone to perform a task for them so badly that they are willing to pay for that person's health insurance and retirement! And also remember that just as you are competing with other applicants, the business you are applying to has competition as well! Other similar companies are looking for people to perform similar jobs, and your prospective employer certainly wants to ensure that the best workers don't end up with the competition. At literally every job interview I've ever been on, after I took the time to answer the interviewer's questions and impress them, they have always took a significant amount of time to impress me as well.

Don't get my words twisted; I'm not saying that the power is actually in your hands and you can walk into the interview and do whatever you want. I'm simply saying that both parties are trying to impress each other. If your resume is good and you demonstrate you are the right person for the job, they are going to try to sell you the position and company just as hard as you are trying to sell yourself to them. It's a two-way street.

When you look for a job, you don't just look for a company to hire you. You also look for an industry you can grow in. After all, you don't want to be behind everyone else when you are looking for the next job, right? Just like individual companies rise and fall, entire industries rise and fall as well. How many sectors and industries that were big a hundred years ago no longer exist today? How many are rapidly fading? The newspaper industry is an example, as print media is disappearing and being replaced with free online content. Get a job in that, and you'll be finding layoffs in your future instead of promotions. And that's if you can even find an open position.

The effects of the recession are still being felt by all of us and the job market hasn't quite recovered. Job hunting can be difficult and demoralizing, but following these tips can help you land the right one. Regardless of how many jobs are out there, remember that you only need to find one! 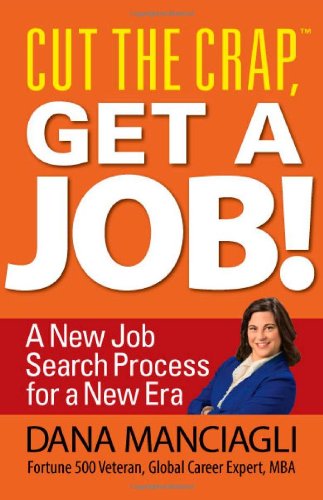