A Few Wise Quotes On Success

Beneficial quotes on success should not only inspire but also relay a nugget of wisdom. The best ones make you think about ways to improve yourself and nudge you into action that could lead to a better life. Such quotes are always subjective, but the motivation behind looking for them never is. We all want to be more successful, whether it is in life, love or career.

1- Inaction breeds doubt and fear. Action breeds confidence and courage. If you want to conquer fear, do not sit home and think about it. Go out and get busy. – Dale Carnegie

The longer you sit and think about doing something, the more things you imagine can go wrong and the more unlikely you decide to act.

2- Along with success comes a reputation for wisdom. – Euripides

I know that I often look to people who succeed at something I'm interested in for tips, guidance and inspiration.

It does seem like that every time you make some plans regarding a certain direction in your existence that life sticks her leg out and trips you up. She then runs off snickering.

4- There are no secrets to success. It is the result of preparation, hard work, and learning from failure. – Colin Powell

All three points seem to be equally valid.

5- Be nice to people on your way up because you'll need them on your way down. – Wilson Mizner

I've always found it amazing that some people of power are willing to treat "regular working folk" with so much disrespect. Don't they realize that a lowly secretary can make or break deals by simply "accidentally" cutting someone off from a phone call?

6- I'm a great believer in luck, and I find the harder I work, the more I have of it. – Thomas Jefferson

7- Take up one idea. Make that one idea your life – think of it, dream of it, live on that idea. Let the brain, muscles, nerves, every part of your body, be full of that idea, and just leave every other idea alone. This is the way to success; that is the way great spiritual giants are produced. – Swami Vivekananda

To be able to focus your entire existence on one idea would be very hard for me to do. Maybe I'll start with three or four hours a day.

8- Some of the world's greatest feats were accomplished by people not smart enough to know they were impossible. - Doug Larson

I think that the word "impossible" is used a lot by people who are jealous of your potential for success.9- Success is not permanent. The same is also true of failure. – Dell Crossword

It seems that with success it takes a lot more work to maintain it. Maybe that's because all the elite now know about you and all are working towards your downfall.

10- Start by doing what's necessary; then do what's possible; and suddenly you are doing the impossible. – St. Francis of Assisi

I refer to this quote often whenever a job seems too big for me to handle.

11- Action is the foundational key to all success. – Pablo Picasso

Just remember that there is a difference between movement and action.

12- When ability exceeds ambition, or ambition exceeds ability, the likelihood of success is limited. – Ralph Half

I don't see how this saying would inspire someone with low self confidence in themselves; I guess you can't make everybody happy.

This one really slaps you in the face with brutal honesty, doesn't it? After reading this it's very hard to come up with excuses on why you can't do something.

14- Eighty percent of success is showing up. – Woody Allen

You can't very well succeed if you don't show up, now can you?

15- All men dream: but not equally. Those who dream by night in the dusty recesses of their minds wake in the day to find that it was vanity: but the dreamers of the day are dangerous men, for they may act their dream with open eyes, to make it possible. - T.E. Lawrence, Seven Pillars of Wisdom

People often criticize dreamers, but if it were not for dreamers imagine how the world would be. No electricity. No flight. No hope.

16- Success is the sum of small efforts, repeated day in and day out. – Robert Collier

Many think that success is something that happens all at once. Those that are successful might have a few things to say about that thought.

17- I don't know the key to success, but the key to failure is trying to please everybody. – Bill Cosby

Never worry about people not liking what you do, you will never be able to please everyone.

18- Defeat is not the worst of failures. Not to have tried is the true failure. – George Edward Woodberry

Playing the "I wish" or "What if" game is not much fun, especially when you are in your seventies.

19- To laugh often and much, to win the respect of intelligent people and the affection of children, to earn the appreciation of honest critics and endure the betrayal of false friends, to appreciate beauty, to find the best in others, to leave the world a bit better, whether by a healthy child, a garden patch, or a redeemed social condition; to know even one life has breathed easier because you have lived. This is to have succeeded! - Ralph Waldo Emerson

To be successful one must define the word for themselves, as it isn't a one size fits all definition. If you don't know what it means to you, how can you chase it?

20- I've failed over and over again in my life and that is why I succeed. – Michael Jordan

What a great quote to put up on the wall, from one of the world's greatest athletes. 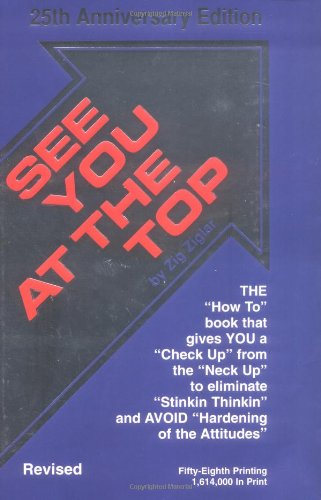