If you liked my review of Rome Total War II check out my article on the historical Roman Empire:  http://www.infobarrel.com/The_Roman_Empire
InfoBarrel is a writing platform for non-fiction, reference-based, informative content. Opinions expressed by InfoBarrel writers are their own.
InfoBarrel > Entertainment > Games > Computer Games

The Majestic Failures of Rome II

From Glory to Ruin

Let me start my stating that my maternal ancestors were Italian and while they may have been a different ethnicity than the "Romans" I must say that they would be shocked at the latest game produced by Creative Assembly.

Despite some authors attempts at glossing over the failures of Rome, which you can read here[1], the game has many technical failures.  The authors from Gamespot do note in several places that Rome II has it's short comings and reference the technical problems, but they are an understatement.  Rome II has it's fair share of issues and you should avoid it.  I will detail these issues in the following sentences.

Death of a Dynasty

One of the greatest parts about Rome Total War, the original video game, was it's ability to allow you to build a dynasty.  many Total War games allow you to control a ruling family that manages and leads your empire, but in Rome you are given a cookie cutter screen with General's to choose from.  It didn't help that my family the Juli (Julius Caesar's family) was plagued with negative traits.

So, what is a trait?

Well in former games traits could be accumulated by positive and negative actions on the battlefield and in managing city growth.  I continually received the trait "unhinged" which led to negative morale and other poor spurts of malice that drained my armies due to the fact of it's poor generals.

Not only is there no family trees or dynasty building, but technical issues ruin the chances for you to actually build a working army with a strong leader, like Caesar.

Furthermore, the game is riddled with game breaking bugs. I am amazed that a company such as Creative Assembly would ship a product as broken as this.  At numerous gaming conventions over the summer they showcased the game almost as if to lure in unsuspecting customers with carnival flashes of radiance and beauty.  Well, it was a show.  Yeah the Battle of Carthage trailer?  Fake, there isn't even a cutscene.

So, now that we have addressed the cheap parlor tactics and gimics of Creative Assembly let's move on to perhaps my greatest beef with the game.  Well, I have several, but we won't discuss them too much in this article.  The first time I loaded the game to play I noticed several issues, one being that the campaign map was riddled with black shadows blinking in and out across the map, making it utterly unplayable.  When I researched how to fix the issue, it led me to the delusion that if I played in windowed mode it would solve itself!  I was elated.

However, my hopes were quickly crushed.  The windowed mode doesn't allow you to move your camera forward, or backwards only on along the X axis or horizontally.  After tinkering with the controls I was able to set my keyboard so the up arrow and back arrow allowed me to move, but then in battle camera I also had to set it and it interferred with troop orders making it utterly unplayable.

Finally, the pathfinding of my troops in the one battle I was able to make it through without autosolving was terrible.  The pathfinding on the troop units was terrible and my men were scrambling across the map in a haphazard fashion along with the enemy AI units.

Until Creative Assembly roles out a path that solves both AI pathfinding, shadows, textures, and really the entire movement in the form of the battle and campaign cameras I will not play it again.  I guess Creative Assembly is laughing all the way to the bank with my money.

A Link to a Good Creative Assembly Game 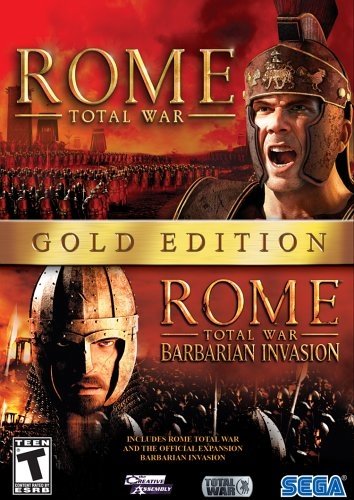