Thanks for reading. Feel free to check out my website for those of you that are new to the health field and are looking to get in shape with zero time to spare.  zerotimefitness.com
InfoBarrel is a writing platform for non-fiction, reference-based, informative content. Opinions expressed by InfoBarrel writers are their own.
InfoBarrel > Travel & Places > Places > Thailand

Southeast Asia. There is really nothing like it.  Having traveled to many countries in the area, including Thailand, Malaysia, Cambodia, Laos, and Vietnam, I have to admit that few of them are as memorable as Thailand.  Everything in Thailand was absolutely wonderful.  Catering to all types of classes, ages, income brackets, and interests, you will have no problem finding something to suit your needs.

Although I made my way from the northern tip to the southern tip and everywhere in between, I must admit that few places held the same weight as the infamous Bangkok.  I’m not sure if it was the pre conceived notions I had about it based on the Hangover movie or if I had just played it up in my own mind, but either way I knew Bangkok was going to be a ride that I wouldnt ever forget.

Standing on the top of the airport steps considering my next move, I knew to myself that once I set foot outside of this door that Bangkok was going to absolutely slap me in the face whether I was ready for it or not.

I guess I must partially blame myself for the lack of direction upon entering this country as i only showed up with a backpack, some courage, and a bit of ambition.  Long story short, I ended up staying in Thailand for a few long…well..very long months.  A few of those weeks were spent living the dream on Khao San road where every single day came as a new surprise to me.  Here are some of the things I learned about the local transportation negotiations and bargaining that may very well help save you some time, money, and possibly your ass.

Once you even begin coming close to Kao San road, you will hear this same sentence over and over again until you want to gauge out your eyeballs and skullf*ck yourself.  Yeah, I must admit, a TUK TUK ride is cool in the beginning, but the hounding drivers hoarded on both ends of Khao San road will really begin to get under your skin as time goes on.

There is not escaping these people either.  Every one of them will surrond you as soon as they see you coming close to their favorite TUK TUK hangout spot and swarm all over you like flies on sh*t.  Know also that these people are very very pushy salesmen.  You may find out that at some point you will end up riding aimlessly in a TUK TUK without rhyme or reason asking yourself why you are even sitting here in the first place.  While it is fun the first few times because its basically a free tour of the city, it will get old real quick.

What is a TUK TUK?

A tuk tuk is basically a golf cart on Steroids.  It has three wheels, a roof, and basically acts as a local taxi.  Depending on how much time you have and how much you are willing to spend, you can either get price gauged or you can get your ride for free.  Let it be a warning to you though that nothing truly comes for free.

How does TUK TUK bargaining work?

Once you get in and attempt to understand the broken English being spoken by your driver, you will hear something along the lines of price negotiation in Thai baht (thai currency) and negotiations on the number of stops you will be making between your current location and your chosen destination.

You must first understand the TUK TUK concept before you begin your negotiations.  Each driver has specific deals with local businesses around the area.  As you get into the vehicle….golf cart…..moped looking thing called the TUK TUK, your driver will either willingly or unwillingly take you to a number of various locations along the way.  These locations pay each driver via fuel cards based on the number of tourists they bring into their businesses.  These businesses usually consist of places like suit shops, souvenir shops, jewelry stores, travel hosts, and a slew of others.  Depending on how much you pay a driver, can depend on the number of stops you will be making.

If you are super poor with zero money and nothing but time to burn, you can tell your driver you will make five stops and pay zero baht.  This will fly with some drivers but not with others.  If this is your chosen method of travel, be prepared to spend 10 minutes here and there pretending you care about a nice ring or a custom fit suit.  (If you play your cards right at the suit shops you can usually leech a few sodas and beers out of them as well)

The easier method of local Travel

If you are looking to travel to one specific location in the city of Bangkok and it is not within walking distance, simply leave the TUK TUKs behind you.  It is not hard to flag down a cab within 1 minute of leaving Khao San road.  Taking a taxi will burden you with zero excess stops, will use the shortest means necessary for travel, and is often much cheaper than any TUK TUK you will find.

Make sure that when you are taking a taxi though that you find one that has a working AND RUNNING meter.  When most of the taxi drivers see you are a foreigner, they will attempt to tell you that their meter is broken.  They will then demand an absolutely exuberant cost upon arrival.  This is a scam.  If you are traveling under 30min in a taxi and your total comes out to over 500 baht, you are being ripped off.  Don’t be afraid to argue your point and don’t succumb to any threatening gestures as I have seen this happen many times in the past.  Not knowing the rules of the road, many people either don’t want to deal with the hassle or are afraid of Thai authority figures.

Good luck on Khao San Road.... While your there, make sure you party until you feel like dying.  You will regret it if you dont. 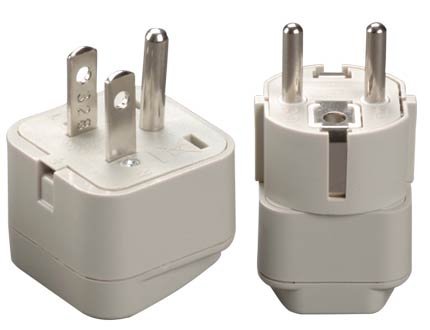