Greetings! I'm Angela Parker, a novelist from south Texas. I enjoy meaningful prose and entertaining fiction. I love to take a fanciful yet informative path in my work at every opportunity. ~A.D. Parker~
InfoBarrel is a writing platform for non-fiction, reference-based, informative content. Opinions expressed by InfoBarrel writers are their own.
InfoBarrel > Lifestyle > Pets & Animals > Dogs

A Guide to Protecting Your "Vicious" Breed

Have you been thinking of adding a dog to your family; perhaps a Pitbull puppy, German Shepherd, or Rottweiler? There are those that would tell you to forget it, that it is a bad idea, and that they will turn on you. I suppose to some people these breeds look like big mean monsters. Poodles have been employed as big mean attack dogs too, but because they appear less intimidating than muscular breeds such as Pitbulls, no one automatically thinks of them as dangerous. Puppies of all kinds, even large mean-looking kinds, grow up to be friendly and loveable. Even those that have been abused and neglected are usually friendly and loveable once rescued. Unfortunately, not everyone understands having affection for a *vicious killer dog.

Learn If You Yearn

For a Canine Companion of Your Own

I recommend researching the breed before committing to any puppy or dog. Even though temper is not necessarily breed specific, grooming and some potential health issues are, and if you are armed with knowledge you are better able to make a long term decision that will benefit you and your companion. You may even want to consider adopting. The rescue or humane society will likely help you find a companion that fits your lifestyle, and dogs from reputable rescues have been observed and tested for temperament. The best part, is when you adopt you save a dog and open up a spot for another to be rescued. Once you find the companion of your dreams it is time to take a few steps to protect your new friend, especially if you have chosen a controversial breed.

Any breed has biters. If a dog has teeth, it could potentially hurt you. If Chihuahuas were larger, I believe they would be a threat to the number one spot, currently held by the Pitbull, on the JAVMA’s report titled “Breeds of Dogs Involved in Fatal Human Attacks in the United States between 1979 and 1998”. Of course that is my biased opinion because of the sheer number of angry Chihuahuas I have encountered over the years.

Have A Look At This Very Angry Chihuahua

If this was a German Shepherd or Rottweiler, this video would likely have a less cute mad doggie vibe and a much more “torches and pitchforks” kind of feel to it.

Don't Give Your Companion a Reason to Get Into Trouble

A friend of mine had a little mop dog that bit her nose because my friend was wearing a cap, and holding on to her. The dog did not like it. The dog was a decade old and had never bitten before, but she was losing her eyesight and the cap frightened her. Your dog's natural reaction to fear is to bite or flee. Since my friend was holding on to the little dog, it felt trapped. If they feel trapped and afraid they could bite. Sadly, many dogs who bite, regardless of the reason they did it, are euthanized.

It is a relief to know that humans are not put down when they feel threatened and hit someone. At the very least review your own behavior before jumping to conclusions. This same friend of mine once had a Doberman turn on her, and she went on to raise several generations of Dobermans with no problems at all. She never knew what happened, but the mental state of dogs, I believe should be compared to the mental state of people. Occasionally an average person may just lose their marbles. We care for those people. Dogs have that same capability, why shouldn't we care about them as well?

You should avoid grabbing onto their face and putting your face close to theirs. This is something I do all the time, and I know many people do the same. Most dogs tolerate this behavior well, and some may even enjoy the attention, but if they are having a bad day and snap they should not be held responsible if you do something that annoying. Put yourself in their place and think of how you would feel if someone did that to you.

Muzzle For Your Own Protection

Not Just To Protect Others

Muzzle your dog in public. If your dog is unable to bite, there is less of a chance of them being falsely accused of biting someone. Frightened people are irrational, and while you may know exactly how sweet and lovable your big mean looking dog is, don't take for granted that everyone else will know as well. 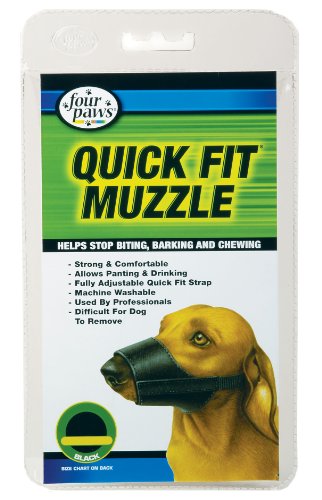 Don't Be So Ruff

Even though it is tempting to play rough with a bigger and stronger dog, it is the best option to always play gently with them. Rough play may excite them and occasionally when play nipping they could hurt someone with a tooth accidentally. I had a bulldog trained to attack vermin. It was easy for me to distinguish between a real bite and a play bite, but it isn’t that easy for everyone. If you have never seen a real bite, a play bite that leaves indentations in the skin without breaking it can appear frighteningly serious as it happens.

Leave the Hard Stuff to The Professionals

Training in aggressive behavior is no easy task.

Please don't train your large breed as a guard or attack dog unless you are qualified to handle them. These canine occupations require extensive professional training for both you and your dog. If you are unwilling or unable to put in the time and effort for any reason at all, please do not begin training your dog in these behaviors. They could become confused and unstable. In fact, it is best not to let them observe violence at all if they are going to be family pets instead of working dogs. They learn from observation, and if they see an exhibition of violence, there is a chance they will mimic that. If you are out for a walk with them, and you see something that looks violent to you, turn your companion and go the other way. This is the best way to show them that what they just saw is bad behavior.

Locate and join a group of like minded individuals that share your passion. People that dislike your dog will likely keep their opinion even if faced with the undeniable cuteness of your dog. It is always best to find other “vicious breed” lovers to spend time with and organize play dates. These people are familiar with the struggles you may be going through.

Some insurance companies use a list of breeds that comes from a report referred by the Center for Disease Control called “Breeds of Dogs Involved in Fatal Human Attacks in the United States between 1979 and 1998” to determine if your dog is vicious. This photo depicts those top 7 breeds.

Last But Not Least

Make sure that your companion has some identification. Cute and colorful name tags and collars go a long way to help out the image of your companion. What goes even further is a cute t-shirt or sweater. I can't vouch for the rest of the world, but it sure is hard for me to be frightened of a big bad Pitbull in a pink hoodie.

This is Willow in her Raspberry Sherbert hoodie. She posed for this picture, which is rare for her, and since I laughed at her for giving me a funny look, she yelled at me in her own special canine manner. She also flat refused to pose for any more pictures. 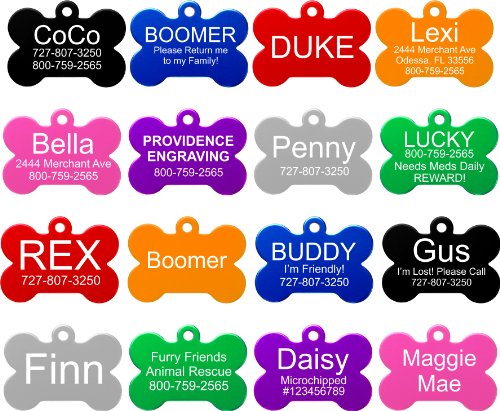