Toastmasters - A Guide to Meeting Roles

When people think of Toastmasters, they usually think exclusively about overcoming their fear of public speaking. Of course, there’s a little bit more to Toastmasters International than that. An important part of the TM learning experience involves taking leadership roles, and learning other important soft skills. One often overlooked part of theTM experience are the minor roles - roles that, while not as important as the presentation sections, still help facilitate a smooth meeting.

There are roles that more obviously help you learn leadership skills - such as the Toastmaster, or emcee of the meeting - as well as others that focus on more minor, but no less important, parts of improving your public speaking. While some of these roles may seem a little superfluous or unnecessary compared to speaking roles, they still offer their benefits, and chances to learn important skills. They also give smaller, less stressful chances to practice your public speaking skills, and teach you to look at certain aspects of giving presentations that you may not have thought of before joining Toastmasters. Below are some of the meeting roles that you’ll find in a club, as well as what benefits you can get from each. Almost all of the roles below give you credit in your Competent Leadership manual, which is the first Toastmasters manual you receive for your Leadership Track.

A Toastmaster serves as the emcee of a meeting. That includes everything from introducing other role takers and setting the tone for the meeting - usually through introduce a topic or theme of the day. They contact role takers before the meeting starts to make sure everything’s prepared, and sometimes have to deal with last minute changes - such as speakers cancelling, for example. TMs also work with the Vice President of Education to that purpose. Toastmasters usually introduce a theme question that every role taker is expected to answer - such as, “When was the first time you went to a Toastmasters meeting?” or “What’s your favorite summer activity?”.

The Ah Counter checks for unnecessary sounds made by speakers and other role takers. We all have a habit of using filler words like “uh”, “um” and so on, both in everyday life and when giving presentations. Ah Counters help you curb this habit, usually by making a brief report at the end of the meeting evaluating speakers’ performance. Depending on your club’s policy you may incur some sort of penalty for each “ah” - clubs I participated in in South Korea, for example, usually charged people 10 cents for each sound, up to a dollar maximum.

Grammarians check for grammatical errors, as well as point out clever uses of language in a Toastmasters meeting. They tend to be especially useful in overseas clubs, where English may not be the primary language for most members. Still native speakers will find them useful as well. One note is that unlike the Ah Counter, Grammarians never mention speakers or role takers by name when giving their report at the end of the meeting. This is to avoid hurting people’s feelings - as most people would no doubt be a bit more sensitive about language usage than their stuttering habits.

In this role, Toastmasters members time speeches and other roles. Each speech is given a set time in which to complete it - usually around 5 to 7 minutes, with a thirty second grace period. Timers are given colored cards to indicate a speaker’s progress - green card for the minimum, yellow for the in between, and red when a speaker is about to exceed time limits. Most Toastmasters clubs already have the necessary equipment for this role - such as cards and stopwatch.

The Evaluation Session comes after the prepared speakers finish their presentations. Speech evaluators are there to not only point out room for improvement in a speech, but to also motivate speakers. Evaluators are given 2 to 3 minutes to give an evaluation speech for the benefit of the entire club, as well as speech manuals - such as the Competent Communication manual - to give more in-depth feedback to speakers. Speech evaluation is a delicate balancing act, and the best evaluators manage to help improve someone’s public speaking skills, while still preserving their ego and helping them know their strengths.

A General Evaluator is in charge of evaluating every aspect of the meeting, as well as introducing minor role takers and evaluators (as part of their Evaluation Team). Anything and everything can be commented on - from the timeliness of the speakers and role takers, to the room preparation, to how effectively visual aids are used. Like speech evaluators, General Evaluators are given a set time to give a presentation about their thoughts - in this case, usually around 3 to 5 minutes.

Table Topics Masters (or Topicsmasters in some clubs) are in charge of the impromptu speaking section. Topicsmasters choose a handful of questions to ask individual group members, who have no time to prepare and must speak off the cuff. Usually impromptu speeches are around 1 to 2 minutes long, and sessions consist of 3 to 4 questions, however depending on club policy, or a Topicsmasters individual preferences, this may vary.

Some Toastmasters clubs or areas may have roles that are not seen elsewhere. Where I participated in Toastmasters, clubs often had Review Masters - role takers who would give short speeches about their favorite books, movies, or other things. This was an excellent way to prepare new Toastmasters members for giving their first speech. We also had Word and Quote Masters - role takers who would supply a word for the meeting, as well as an inspiring or educational quote. Some clubs even tried to incorporate Table Topics evaluators who would evaluate the impromptu speeches.

Toastmasters is much more than a way to overcoming your public speaking anxiety. It’s also a great way to make friends and learn other valuable soft skills. With prepared speeches, evaluations, leadership roles, and the minor roles above, a Toastmasters member will learn valuable soft skills that will benefit them in their personal and professional lives. 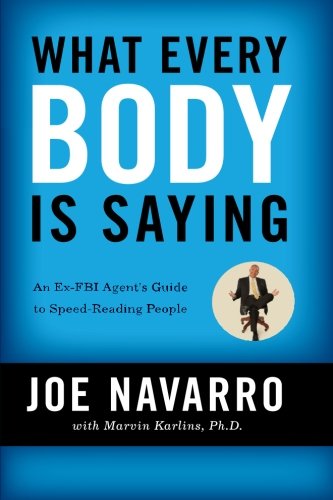