When it comes to broadband advertising, it’s not as clear cut as you may think.  We read the headline speeds and data allowances and we perceive immediately the difference between different providers.

In reality though, it’s not as transparent as many other market places.  Transparent advertising seems to have bypassed the broadband market.

This article will look at the advertising in broadband and some of the considerations when it comes to choosing the best broadband service, whether it be Post Office broadband, or Virgin Media fibre optic broadband.

The Advertising in the Market

The advertising in the broadband market improved slightly.  It used to be the case that internet service providers could advertise any speed they wanted as long as it was potentially attainable on their networks.

New regulations mean that they now have to advertise speeds that are within the reach of at least 10% of their customers.  This is great but it still indicates that 90% of people will be unable to get the speeds that are advertised by providers.

What this all means is that it’s not a level playing ground in the broadband market.  Each provider is fighting for your business and trying to headline rate you into buying their package.  You have to ensure that you read the small print and understand a lot of different components of the cost in order to ensure you get a good deal.

When you see a data allowance per month on a broadband package, then straight away you should be thinking “fair usage policy”.  If they haven’t stipulated a set limit, such as 10GB or 20GB, and have stated to their packages unlimited, it may be that in reality they have a limited unlimited broadband offering.

If you look at the Post Office broadband offering of unlimited broadband, it normally states in the fair usage policy that you have a limit of around 100GB of data per month.

TalkTalk have had a terrible reputation in the industry and tend to operate under the name AOL Broadband now, but their unlimited packages normally have a cap of 40GB.  In fact, as you look down a list of providers, you’ll find that most of them do have some sort of limit on the data you can consume.  Indeed, some even state that you can only consume a certain amount per day or per peak browsing session.  You really do need to look out for these components of your broadband choice.

Traffic management involves shaping of traffic to ensure that the majority of consumers on a certain connection line receive a level of service that is adequate.  What it means to people that have bought an unlimited package is that they don’t get a fair deal.

Traffic management can be applied to different activities.  It tends to be that Peer To Peer file sharing is heavily traffic managed by most providers.  During peak times consumers will find it very difficult to do anything Peer To Peer related. Even off-peak sometimes speeds are reduced to 500kbps or even less.

It gets worse though.  Some providers limit VoIP and video streaming too.  These activities really do require top speeds, and although there’s a tiered priority structure to most plans, you need to understand whether the activities you are going to be doing are going to be traffic managed when you want to do them.

Indeed, there appear to be cost savings to be had on these deals.  However, you have to be aware that some of the deals state that you must pay the full 12-months line rental upfront in order to qualify.  This means an outgoing of £120 just to get set up with your phone line.  This is onerous for some and impossible for others.

It’s another example of advertising that isn’t quite transparent.

When you’re looking at offers from different broadband providers, it’s important that you are comparing like with like.  We’ve just seen the example of line rental.  When it comes to special deals offering a certain number of months free with a certain benefit for taking a service, you should ensure that you are calculating the cost over a set period to use a service.

For example, if you get three months line rental with a certain provider but you end up paying more for the broadband and getting a lesser service, the overall cost over a year may be more than meets the eye.

Break down the cost into an annual expense so that you really can understand how much you’re going to be paying over the lifetime of your contract.  Also, beware of the duration of contracts.  BT Internet tends to only offer 18-months contract, which is not ideal if you’re staying in a residence for only 12 months.

Look out for early exit fees, additional charges for a paper bill, additional data charges, and changes in contract that come along every now and again through your door.

Do your research and study the small print of each one of the providers that make it on to your shortlist. There is nothing as frustrating as forking out your hard earned money and then not receiving the service that you thought you had paid for. A bit of upfront time investment can save a lot of time and money down the line (forgive the terrible pun).

Use Your Data Allowance With Xbox Live Gold 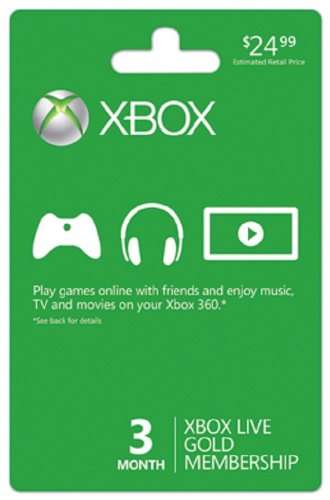