A Modern Love Story for the Ages

In 2003, Stephenie Meyer, a married stay-at-home mother, woke from a vivid dream. The dream had such an impact that she wrote it out. Meyer would keep adding to the story over the ensuing weeks until it became a full novel. Originally, Meyer had not intended for the story to be published.[1] It was at her sister's insistence that she began sending inquiries to literary agencies.

Later in 2003, Meyer had been picked up by the agency Writers House and Little, Brown and Company had beaten out seven other publishers for her story.

Meyer had originally entitled her novel Forks. Of course, it was eventually changed to Twilight. The story focuses on a teenage girl named Bella Swan. At the start of the book Bella is moving back home to Forks, Washington to live with her father, the local police chief. Shortly after arriving she re-connects with her childhood friend Jacob Black, a member of the Quileute Native American tribe. Bella also draws the attention of a reclusive student named Edward Cullen. Unbeknownst to the general public, Edward is a vampire.

In fact, Edward is just one of a group of seven vampires living in Forks. The others are Carlisle, Esme, Rosalie, Emmett, Jasper and Alice. Most of the group had been turned into vampires when they had apparently been facing imminent death and together they have been living as a family for decades, moving from location to location and briefly becoming members of communities. Not wanting to live as monsters, members of the 'Cullen family' are deeply religious and feed from wild animals, which they make efforts to treat humanely and with concern for the environment. Bella and Edward's mutual attraction leads to a host of complications for just about all involved.

The first sequel, New Moon, was released the following year. It reached #1 on the New York Times Best Sellers list for Children's Chapter Books in its second week and like its predecessor was met with critical acclaim. New Moon expanded upon Jacob and the Quileute tribe. Additionally, it would introduce the Volturi, the ruling class of vampires.

Another sequel, Eclipse, followed in 2007. It would focus on a possible love triangle while the region is suddenly besieged with a multitude of vampire attacks. Eclipse would reach #1 on USA TODAY's list of best selling books and again generated a mostly positive response from critics.

The concluding entry to the series, Breaking Dawn, came out in 2008, debuting at #1 on USA TODAY's best selling books list and was the highest-selling children's book of the year. It was also honored by the British Book Awards in the Children's Book category.

The Short Second Life of Bree Tanner, a companion novella, was released in 2010 with much of the profits being donated to the American Red Cross. Once again, critics largely gave it positive reviews. A companion novel, Midnight Sun, has been put on an indefinite hiatus following the leak of a portion of a rough draft. Meyer has stated that she doesn't believe the leak was done with malicious intent.

A two-part illustrated version of the first book was published by Yen Press in 2010 and 2011, with the first part achieving the top spot on the New York Times Best Sellers list in the category for hardcover graphic books. In 2013, an illustrated version of New Moon was released, also published by Yen Press. 2011 also featured the release of The Twilight Saga: The Official Illustrated Guide, debuting at #1 on the New York Times and the Wall Street Journal Best Sellers list.

In 2015, Life and Death: Twilight Reimagined was released. The story featured a role-reversal of Bella and Edward, who are re-named Edythe and Beau. Other alterations included name-changes to other characters.

For two years in a row (2008 and 2009), the four original novels claimed all four of the top places on USA TODAY's year-end list of the best selling books. Meyer is the first author to ever reach this accomplishment.[2] In 2009, The Daily Telegraph ranked Twilight 32nd on their list of 100 books that defined the 2000s (or the 'noughties'). Additionally, Twilight would be ranked 26th, New Moon 37th, Eclipse 45th and Breaking Dawn 41st on USA TODAY's list of the top-selling books of the fifteen years stretching from late October 1993 to late October 2008.

Detractors of the series have also made their opinions known. Perhaps some of the more extreme opinions include those of the mindset that the series and the character of Bella are in one or more ways 'anti-feminist'. Meyer and others have come out against these arguments.

The movie rights for Twilight initially went to Paramount Pictures prior to the book's release. Reportedly, Paramount's ideas for the movie differed greatly from the book. After years of little to no progress, the rights were acquired by Summit Entertainment. Created in 1991, Summit had been a minor player in the film industry with limited success to that point.

Catherine Hardwicke was chosen to direct. Her previous work had included Thirteen and The Nativity Story. Kristen Stewart was ultimately chosen to play Bella. Others that had been considered for the role include Jennifer Lawrence and Lily Collins. Robert Pattinson of the Harry Potter franchise was cast as Edward out of a group that featured his childhood neighbor, Ben Barnes. Taylor Lautner was ultimately chosen over Tyler Posey as Jacob. Wolf legends would later play a major part in Posey's career on the MTV series Teen Wolf. Other members of the ensemble would include Peter Facinelli, Elizabeth Reaser, Nikki Reed, Kellan Lutz, Ashley Greene, Jackson Rathbone (who had been considered for the role of Edward), Billy Burke, Cam Gigandet, Rachelle Lefevre, Edi Gathegi, Christian Serratos, Michael Welch, Anna Kendrick and Justin Chon. Stephenie Meyer would make a cameo.

Even despite the success of the novels and of other adaptations of book series such as the Harry Potter and The Lord of the Rings, Twilight and the news of its movie adaptation had largely gone unnoticed. At least part of this may have been because it was to be distributed by such a small studio. Cast members have indicated that during the making of the movie it was believed that it would attract only a small (but loyal) audience. Even Summit's expectations were relatively modest.[3]

Therefore, it seemed to be a shock to many after the movie's 2008 release that it became a massive hit, ultimately grossing more than ten times its budget. It set records for highest-grossing weekend and highest-grossing overall total for a movie directed by a woman. The DVD would become the highest-selling of 2009. Additionally, the movie's soundtrack was also a hit, debuting at #1 on the Billboard 200. It would be nominated for a Grammy for Best Compilation Album for Motion Picture, Television or Other Visual Media and the song Decode by Paramore was nominated in the Best Song Written for Motion Picture, Television or Other Visual Media category.

Quickly, work started on a sequel, eventually entitled The Twilight Saga: New Moon. The new director would be Chris Weitz and much of the cast from the first movie would return. New cast members would include Michael Sheen (a veteran of the vampire-centric Underworld franchise), Jamie Campbell Bower, Christopher Heyerdahl, Dakota Fanning, Cameron Bright and Daniel Cudmore as members of the Volturi, along with Chaske Spencer and Graham Greene as a members of the Quileute tribe.

Production of The Twilight Saga: Eclipse began prior to its immediate predecessor's release and would incorporate elements of The Short Second Life of Bree Tanner. David Slade was chosen to direct. Slade had previously directed the adaption of the vampire comic book series 30 Days of Night. While the core cast remained the same, controversy was sparked when Rachelle Lefevre was abruptly replaced by Bryce Dallas Howard. Other new cast members included Xavier Samuel, Jodelle Ferland, Julia Jones and Boo Boo Stewart. In between the second and third movies, Anna Kendrick would be nominated for an Academy Award, BAFTA Award and Golden Globe among others for her role in Up in the Air.

As with The Twilight Saga: New Moon, the movie would set a record at the time for highest-grossing midnight release. It was the fourth-highest grossing movie to be released in 2010 for the domestic box office and sixth-highest worldwide. The soundtrack was nominated for the Grammy for Best Compilation Soundtrack Album for a Motion Picture, Television or Other Visual Media.

Breaking Dawn would be split into two parts, both directed by Bill Condon and having Stephenie Meyer (who also appeared in the first part) serve as a co-producer. The first part, The Twilight Saga: Breaking Dawn - Part 1, opened in 2011. Additions to the cast included MyAnna Buring, Maggie Grace, Casey LaBow and Christian Camargo. It was the third-highest grossing release from 2011 in the domestic market. Reports have differed on where it finished at the worldwide level, apparently either in fourth or fifth place.

The Twilight Saga: Breaking Dawn - Part 2 was released the following year. In addition to who was already established, a large new cast was featured which included Lee Pace, Rami Malek, Angela Sarafyan and Noel Fisher. It was the sixth-highest grossing movie to be released in 2012, both domestically and worldwide. As usual, the soundtrack was also a success, reaching #1 on Billboard's rock albums and alternative albums charts.

Among the impacts the movie adaptations had was almost on its own turning Summit Entertainment into a power major in the film industry. In 2012, as Summit was preparing to release Breaking Dawn - Part 2, it would merge with Lionsgate, who at the time was getting ready to release its adaptation of The Hunger Games. The merge and the major profits of both the Twilight and Hunger Games franchises would put both studios in a powerful new position. Summit and Lionsgate would soon find further success in the book-to-movie genre with The Divergent Series.

The franchise also helped to launch the careers of its cast to new levels. In 2015, Stewart became the first American actress to win a Cesar Award for her role in Clouds of Sils Maria.

In 2014, a contest was announced that involved aspiring female filmmakers to be selected by a panel to make a series of 'mini-movies' based on the series. Members of the panel included Stephenie Meyer, Catherine Hardwick, Kristen Stewart and Divergent Series cast members Kate Winslet and Octavia Spencer. In addition to making the movies, the winners would receive tutelage from the panelists on the film industry in an effort to increase the amount of female filmmakers. The movies were released online the following year. 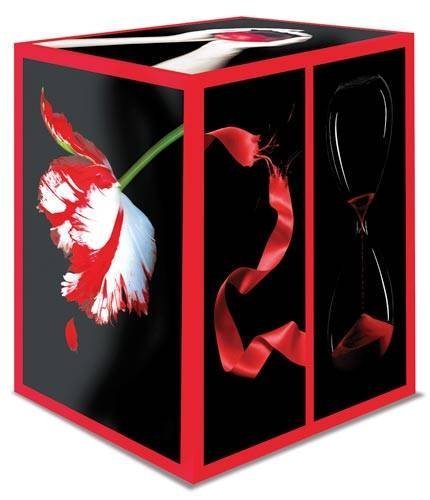 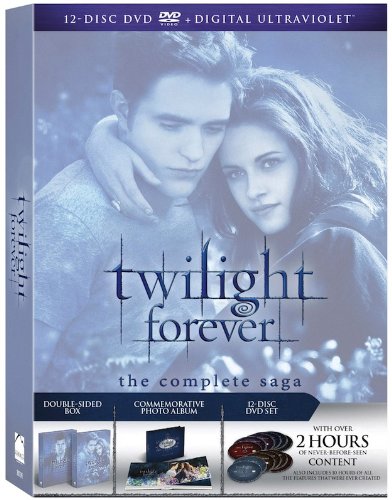