InfoBarrel is a writing platform for non-fiction, reference-based, informative content. Opinions expressed by InfoBarrel writers are their own.
InfoBarrel > Lifestyle > Beauty > Hair

In the immense and ever-evolving world of natural hair care, clay is fast becoming the ingredient du jour. To the uninitiated, its sudden popularity may be attributed to the throes of trendiness among the natural hair glitterati, but it is also a testament to clay’s unique properties and the benefits therein. Clays have been used for a multitude of purposes, including agricultural and dietary, across a broad spectrum of cultures for the entirety of history. Recognized for their transformative and detoxifying characteristics, clays have been a staple resource for millennia, and to this day can be found coating bodies and reinforcing walls on more than one continent. While clays have been used in facial masks and body wraps and a variety of skin care treatments for ages, it seems that clay has only recently seen a surge in popularity as a hair care resource (at least, in the West). Clays such as rhassoul and kaolin can currently be found as a feature in a number of products, from hair cleansers to deep conditioners, but bentonite clay is proving to be, by far, the most popular among natural hair care devotees.

The culture of natural hair care is replete with innovation and experimentation. It is not uncommon to stumble upon a YouTube video or forum post exalting a newly crafted or recently reformulated homemade recipe that promises to strengthen, detangle, moisturize, condition, or grow new tresses. As more and more people find themselves deviating from hair and skin care products containing unpronounceable ingredients and curious chemicals, bentonite clay is emerging as a standout due to its skin nourishing minerals and ability to cleanse and detoxify. Bentonite clay is a fine, chalky, alkaline powder formed from volcanic ash and referred to interchangeably as “fuller’s earth” or montmorillonite powder. Many believe that the negative ionic charge of bentonite clay aids in its cleansing ability, as it attracts and draws out “positively charged” toxins and other impurities.

Within the natural hair care community, is frequently utilized as a deep cleanser for both the hair and scalp. In addition, it is recognized to impart softness and sheen to tightly coiled or kinky hair, as well as defining and elongating curls.

Calcium bentonite is the form of bentonite clay most commonly used in health and beauty applications. It’s readily available from online retailers or health food stores such as Whole Foods, typically coming in at under $10 dollars for a pound of clay. When used as a hair treatment, it is usually mixed with an acidic liquid to lower the pH to more closely match the acidity level hair’s own natural sebum (between 4.5 -5.5). Alkaline, or basic, hair products and applications tend to lift the hair’s outer cuticles, making the surface rough and potentially leading to tangles and breakage. Bentonite clay treatments are usually left on the hair and scalp for anywhere form 20 minutes to 2 hours (but not allowed to dry) and then rinsed out and followed with a deep conditioning. One of the most effective and simple bentonite clay treatment recipes utilizes bentonite clay and apple cider vinegar as its two primary ingredients:

Mix all ingredients together in a non-metallic bowl using non-metallic utensils, as they may chemically react with the paste. Apply the bentonite clay mixture to hair in sections, paying special attention to the scalp and roots. Once completely coated, cover with a shower cap and let the paste set for approximately 20 minutes or longer, but do not let it harden. Rinse thoroughly with warm water and then follow with a cold-water rinse and deep condition. As with most things, individual results may vary, but many who have tried bentonite clay as a hair treatment remark on improved softness and manageability, as well as enhanced curl definition and sheen.

Bentonite clay is safe for use in most cases, and can even be consumed as a digestive aid. With its relative ease of use, affordability, and hair benefits, it’s no wonder that it’s all the rage with the natural hair crowd. It would seem that bentonite clay is here to stay. 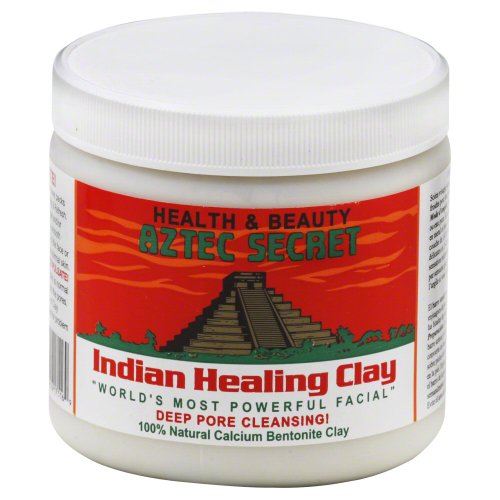 Growing Out Gray Hair? What You Need To Know

No poo - How to stop using shampoo forever