Thank you for reading.
InfoBarrel is a writing platform for non-fiction, reference-based, informative content. Opinions expressed by InfoBarrel writers are their own.
InfoBarrel > Sports > Hunting

A Review of the Kershaw CQC-4K:

The Every Man's Emerson

In 2014 Emerson followed in the footsteps of other knife manufacturers by allowing another company to produce a copy of their knives at a lower price, since many of us are unwilling to shell-out $200 or $300 dollars for an Emerson when that knife will get used to open plastic packaging, washed in the sink, and then never oiled. Enter Kershaw which now produces several good quality copies of the Emerson CQC series in the $30-$45 range depending where you buy them. While these Emerson designed Kershaw made knives lack the Emerson quality in materials and fit they are good knives for the average person to carry daily. Especially if one wants to see what a more expensive Emerson looks and to an extent feels like before buying one.

This review will focus on what I own which is a Kershaw CQC 4K with a weight of around 4.1 ounces (118 grams). That weight comes from the fact that it is an all steel knife as well as not being able to skeletonize the frame of the knife since a frame lock is used to secure the blade. This also prohibits the use of two grip scales which looks strange to some people but gives the blade a stronger lock up. The knife features a 3 ¼” drop point blade profile, which creates a blade with a thick spine, and robust tip that is easy to direct when cutting. It is ideal for everyday carry and simple chores, which is why the drop point profile is popular and used on a variety of knives both pocket and fixed blade. In my opinion the drop point style is a personal favorite both in terms of aesthetics and practicality. I find its length handier than a 1” or 2” blade simply because the extra weight and thickness of the longer blade lends itself to certain tasks better, like cutting wood for instance than the shortened blades, the elongated blade also helps.

The Chinese steel 8Cr13MoV makes up the blade which for the price range is a good steel and of course comes sharp from the factory. The steel 8Cr13MoV is similar to Japanese AUS 8 steel with a HRC rating of 58-60 but 8Cr13MoV does not have as good of edge retention as higher quality steels such as VG 10. Though this shortfall is offset by how easily sharpened 8Cr13MoV is, it being one of the easiest steels to sharpen. The blade is also coated in a black oxide finish which helps with corrosion resistance since 8Cr13MoV is prone to rust.

A review of the Kershaw CQC 4K knife would not be complete without talking about what is quite possibly the most common reason a person would buy one of these knives. That being the wave feature which lends an intangible cool factor to the knife as well as a fast method of deployment. I have found that I can vary the angle of my draw more so with soft baggy pants like sweats than with jeans, which requires a more horizontal draw to consistently open completely. The wave feature also allows for the practice of surreptitiously palming the knife for a quick draw. Just clip the knife to your front pants pocket, and then slide the knife to the edge of the seam. When it comes time to draw simply hook your thumb inside the pocket with your fingers covering the pocket clip and draw upwards. The wave feature also provides jimping to the knife which is a feature designed to prevent the thumb from slipping onto the blade, it also allows for greater control of the blade. From my experience I would have preferred that the grooves not be as smooth or as rounded but it is definitely better than a plain edge design.

Like one should expect on a quality knife the pocket clip is strong and retains the knife well it is also designed to be reversible for left side carry. The blade likewise locks up well with little to no play in the blade, the frame lock engages around a ¼ to ½ of the blade. The knife feels solid and sturdy as a result of this.

At first I did not like the thumb disks that the knife comes with since I was use to using thumb studs on smaller knife, so it just felt odd. I have grown accustom to using the thumb disks and can now open the knife relatively quickly. Overall I have to say the fit and finish are good on the knife, there was not rust or messed up screws from the factory when I received it. The grip scale along with the plastic spacer all fit flush with the frame of the knife and look sharp. Another great feature of the CQC-4K is that it comes with Philips and flat head screws which are much easier to find drivers for than the torques head screws used on some knives.

The overall length of the CQC 4K is nice and fits my hand well, open the OAL is 7 ½”, closed the OAL is 4 ½”. The knife features a textured G 10 grip scale which helps maintain a grip on the knife when wet. The grip scale on the Kershaw is of good quality and attractive. One thing to note if you look at the pictures of the CQC-4K Kershaw has on its website you will see that the grip scale looks dark brown but look at my photos and you will see that in actuality the color is coyote brown. The knife has a nice rounded edge design which makes it easy to get access to other items in one’s pocket. Along that line the knife rides higher in the pocket than some would prefer. I actually like it that way since I believe it provides better access to the wave feature, it also allows my keys not to come into contact with the knife when in my pocket. While the CQC 4K is a budget knife I try to keep all my tools in the best condition I can, though sometimes I fail in that regard. I also like that the knife is tip down carry which some dislike but it is more inline with how I draw and open my pocket knives.

I would relegate the CQC-4K along with most pocket knives to EDC work such as opening boxes or packaging, many food prep chores, and maybe field dressing fish and game. Though I have yet to try the 4K for field dressing purposes but many use pocket knives for such activities with success. I insist people abstain from using this knife for wood working purposes simply because a larger knife, 4 inches or more, makes whittling down a piece of wood a lot easier and less time-consuming. I would also say it is not a tactical, self-defense knife even though it looks the tactical part with the black blade and wave feature. It even has a tactical name CQC standing for close quarters combat but for me a 3.25” blade is just too small to even be considered for primary self-defense. I will say it would make a great companion to a larger, preferably fixed blade knife, with the fixed blade being used for defense and the CQC-4K used for everyday tasks as well as function as a secondary defensive blade.

My last thoughts on the Kershaw CQC series of knives in particular the 4K are that they are good quality knives for the price range, around $35. But don’t expect them to rival Kershaw’s American made knives like the Shallot or for them to even come close to an actual Emerson. Having not ever actually held an Emerson my conclusion might be wrong but from the reviews I have seen the differences between the Kershaw and Emerson models are not as large as one would think. The Emerson models are larger than the average Kershaw CQC which is why Kershaw came out with the Kershaw CQC-4KXL they also have slicker actions, and better steel. I may be wrong but I would say that the Kershaw models are a good introduction to the look and feel of their counterparts in Emerson’s series of knives. I am not the only one to think that the Kershaw CQC 4K is a decent quality blade, especially for the money. On Amazon the 4K has 83 reviews and a total score of 4.3 out of 5 stars. I believe the 4K deserves a higher rating since some of the reviewers seem unfamiliar with knife locks, they think it should have two grip scales which defeats the purpose of having a frame lock by turning it into a thinner and less secure linear lock. Others seem to have legitimate problems with their knife being stiff and hard to close. The frame lock on my knife is easily closed with either hand; there was some firmness with the lock when opening at first but further working of the action has since cured that problem.

If you are looking to get a good quality Chinese blade at a decent price for everyday carry or even tactical use I would consider looking into the Kershaw line of CQC blades, proving that quality does not have to come at a high price. 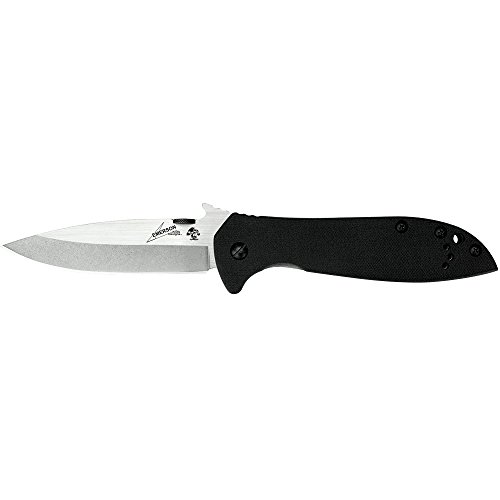 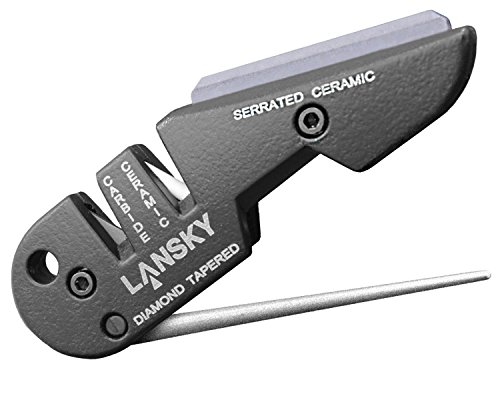 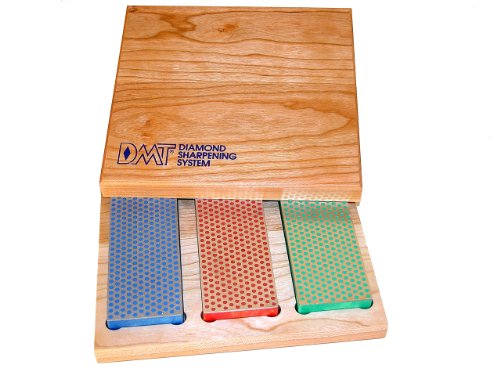