Buy Cloudlords of Tanara or more Shadow World supplements on RPGNow. You too can earn money from writing articles by signing up for InfoBarrel.
InfoBarrel is a writing platform for non-fiction, reference-based, informative content. Opinions expressed by InfoBarrel writers are their own.
InfoBarrel > Entertainment > Games

A Review of the Role Playing Game Supplement Cloudlords of Tanara

Cloudlords of Tanara by Terry K. Amthor is a role playing game supplement published by Guild Companion Publications for use with various Rolemaster game systems - Rolemaster 2, Rolemaster Standard System, Rolemaster Classic and Rolemaster Fantasy Role Playing - and set in the fantasy setting of Shadow World on the continent of Jaiman. The supplement is available in several formats; colour PDF, colour softcover book and colour hardcover book. The hardcopy versions are all published using RPGNow's print on demand system, and are only available in the standard quality. The supplement has 115 pages in total. The cost of the book and PDF, when purchased, was $35.52, slightly lower than the softcover and PDF price at the time, plus the shared deliver cost (between two products) of $7.95.Cloudlords of Tanara was one of the original Loremaster, pre-Rolemaster, products of Iron Crown Enterprises, and this is the latest iteration of it. This is called the Second Edition, but it should not be confused with the 2006 PDF release, which was also described as being the Second Edition. The difference between the Second Edition - whichever release - and the original is the time frame. The original supplement was set approximately three and a half thousand years prior to what is considered the present day in the Shadow World setting; the updated versions have some new material set in that present. 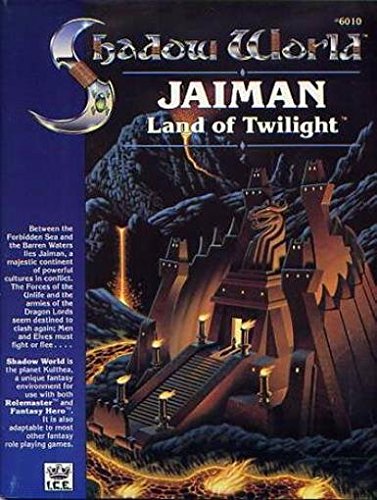 Credit: Gail B. McIntosh/Guild Companion Publications/eGDC LtdThe supplement is made up of eight sections, which are preceded by various maps of the region. Maps of various specific locations and areas are provided, as appropriate, throughout the book. Of the 115 pages, the front two were title, credits and copyright information, the third was the table of contents, the fourth was a map key and there were then eight pages of colour maps covering the area, the region and the continent, and the final three were the rear index.Introduction has a brief overview of the continent, the region, and its history, although this is not intended to be totally accurate, but more for colour.Tanara History has the Shadow World calendar and a more detailed timeline of events, for both the world and the region in particular, including GameMaster only information.Climate & Inhabitants covers the various flora and fauna and climate, as well as detailed descriptions of the various intelligent races that can be found in Tanara.Politics and Power primarily covers the earlier period, with the main power groups and influential people.Holdings of Note provides maps and descriptions of various important or interesting locations in the region.Other Powers has more details on powers that affect the region that weren't detailed earlier. These are primarily powers that either are outside the region, but affect it, or are more global in scale.Adventures has some brief adventure ideas as well as player backgrounds for the two time periods covered.Stats & Charts has details on non-player characters, poisons, diseases, creatures and herbs for the four different variants of Rolemaster used in the book and, where relevant, for both time periods the book covers.

The print on demand version of the book was ordered on a Friday and it arrived on the following Wednesday, showing the usual remarkably speedy service for a product that did not even physically exist when it was ordered. Delivery was by Royal Mail second class, and the book was printed from and despatched to the UK, which doubtlessly helped the speed of delivery. First class delivery was an option, but the book arrived quickly enough that this would not have been worth it.The hardcover version of the PoD book was ordered as, due to a promotion, the hardcover version was selling for slightly cheaper than the softcover version at that time, so it made sense to buy the hardcover for the same price. Otherwise, this is a bit on the thin side to really justify getting in hardcover. It was also ordered with a copy of Emer Atlas III: The Southeast, which reduced the overall cost of delivery.

Credit: Guild Companion Publications/eGDC LtdThe standard quality of print on demand is perfectly fine - the only difference is in the quality of the paper. There is a note that the book was reconstructed using OCR and scans, so the artwork and maps are made from scanned images and are suboptimal. However, the quality of these images is truly not bad at all, and the fact that they were made from scans might not even have been known without this note. The style of the maps is rather different from the more recent supplements, being more reminiscent of ICE's Middle-earth Role Playing series of games. The book itself is nicely laid out and the colour maps have come out well. The quality of print on demand is superior to many mass market printings.

The PDF is both bookmarked and searchable, making navigation easy. There are really two ways of reviewing this book, as it is an updated version of an older book, and the value it has varies, depending on whether or not a previous edition was owned. This review is done from the point of view of someone who already owns the prior edition. This is not really a standalone supplement, as there are references to world-specific thinks that are not covered in this book - notably, the Glossary from the prior edition looks to have been omitted - and it is integrated rather thoroughly with the setting.Cloudlords of Tanara does not quite have the same feel as later, Rolemaster Shadow world supplements, and the impression is given that certain things about the world were changed. For one thing, this book does not feel like it covers the same length of time that later supplements do; instead, it feels like it covers a world history of a few thousand years, rather than tens and hundreds of thousands.Despite the overhaul, the vast majority of the content is set before the present day of the Shadow World setting. The timeline has been updated to the present day, and this new release has some more recent events than the 2006 version. The additions for the present day from the 2006 edition have also, in general, been expanded, even if only slightly. One of the largest areas of expansion is the Stats & Charts section, which now supports multiple versions of RolemasterIf the 2006 PDF edition is already owned, this new edition truthfully adds very little to that one, with minimal truly new content. The primary attraction of this latest edition being the new formatting and the ability to get the print on demand version. The PoD version does, for those who prefer physical books, therefore add some value. In summary, there are two main reasons for buying Cloudlords of Tanara, the first being neither previous edition was owned and the second being the desire to get a physical copy of the book if all that was previously owned was the 2006 PDF. 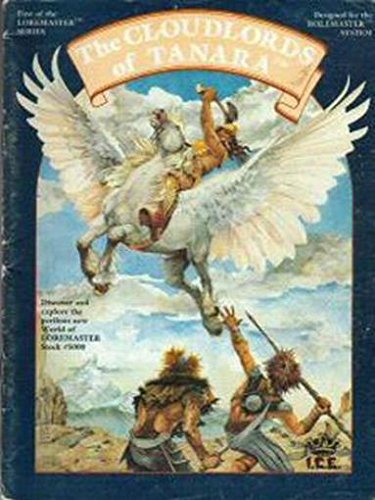