Get Colonial Gothic: Lovecraft or other supplements in the Colonial Gothic range from RPGNow. You too can earn money from writing articles by signing up for InfoBarrel.
InfoBarrel is a writing platform for non-fiction, reference-based, informative content. Opinions expressed by InfoBarrel writers are their own.
InfoBarrel > Entertainment > Games

Colonial Gothic: Lovecraft by Graeme Davis and Richard Iorio II is a role playing game supplement published by Rogue Games, Inc for their Colonial Gothic system and setting. The supplement incorporates the works of H. P. Lovecraft into Colonial Gothic's 1776 Revolutionary War New England setting.This supplement is a 170 page PDF available from RPGNow, and it is also available as a book. The version reviewed is the PDF, although the book would appear to have been the original version, which has a normal price of $6.99 but was purchased at the discounted price of $4.68. Of the book, 2 pages are the colour front and back covers, 3 pages are the front matter, there are 2 blank pages, 2 pages are the Table of Contents, there are 2 pages taken up by quotes from H. P. Lovecraft's work (a number of others throughout the text), 5 pages of adverts and 1 page on the Bits and Mortar programme.

Credit: Rogue Games, Inc.The Introduction gives some details on H. P. Lovecraft himself, and explains why the book uses only the works of Lovecraft (although collaborations with some other authors are also included) as source material, due to the copyright mess that affects both Lovecraft's own works and others related to the entire Cthulhu Mythos, especially those that date back to when Lovecraft was writing himself. However, there are references to the works of others, such as Clark Ashton Smith, which Lovecraft referenced in his own works (something that contributes to the copyright mess). It also introduces a new skill, Cthulhu Mythos, and explains why the creatures of the Mythos in the book break the regular setting rules.The Gods of the Cthulhu Mythos covers, as the name suggests, various Mythos deities. There are full page illustrations of each deity, a Lovecraft quote, descriptions and details on the deity in question, as well as an adventure seed for each. No game stats are given for any deity; the reason given is that, if Heroes encounter a deity in person, they're dead, so stats are irrelevant.Things Lurking in the Darkness covers the various creatures encountered in Lovecraft's work. Most of these also have full page illustrations of them. These creatures have game stats given, as well as some details on the creatures. Each entry also has a Lovecraft quote related to the being in question.There are six Appendices following this, which actually take up a goodly chunk of the book. New Traits introduces new creature traits that are found in Mythos creatures. Magic covers spells related to the Mythos, mostly the summoning, control and contact spells. Alien Technology has stats for the technology of the three Mythos races most known to use technology, the Elder Things, the Great Race of Yith and the Mi-Go. Forbidden Tomes has details on Mythos books that could be encountered in a 1776 setting. Lovecraft Country has a full page map of the region, and an overview of the major fictional Lovecraft locations, Arkham, with details on Miskatonic University prior to it being such, when it was simply Miskatonic Liberal College, Kingsport, Dunwich and Innsmouth. The Timeline is a timeline of events related to Lovecraft's work in New England up to 1776.The final section is a one page Bibliography, which provides a brief list of books, games and online resources that are useful.

The PDF is well bookmarked and the Table of Contents is thorough, with both covering every section of the book. There are a lot of full page black and white illustrations - forty-three were counted - which take up a substantial proportion (over a quarter) of the book, especially as almost every Mythos creature and deity has its own full page illustration. There are also a number of other, smaller, illustrations, also in black and white. The large illustrations are nice, but they do pad the book out. Combined with the single column of text throughout, as well as quite a lot of blank space, and at the beginning of each major section an entire page taken up by a large print paragraph, the book probably contains less text than it would initially appear from the page count. The background of each page has a ragged border at the edges, which is nothing exceptional.The entire Colonial Gothic game has been influenced by Call of Cthulhu, as is stated in the Appendix on Lovecraft Country, and it was originally intended to be a supplement for that game, named Cthulhu 1776, but it expanded into an entire system and setting. This supplement does not work well by itself, but it probably is compatible with Call of Cthulhu with a bit of work, but the majority of the book would simply duplicate what is already available in that game, and others, namely the Mythos deities and creatures, as well as the magic required to contact them. Should a GameMaster be intending to run a Call of Cthulhu campaign in 1776, some of the other Colonial Gothic supplements would probably be a wiser purchase, as they will add new material, whereas this one doesn't really, instead only providing Mythos material to use in the Colonial Gothic setting.This is a supplement for the Colonial Gothic game, and it is only really suitable for that, and it does work well at that, but it is not intended to be anything else, so the fact that it lacks utility with other Cthulhu Mythos settings is not important. There are a handful of references to other supplements for the setting, but not that many. It is possible that it could be used to add a Mythos element to another setting that isn't Colonial Gothic, but which is set during the same period in history. At the full price for the printed work, Colonial Gothic: Lovecraft is probably a bit on the steep side, which makes the PDF much better value for money, but it would be a trial to print out due to the extensive use of black ink in the large number of illustrations. 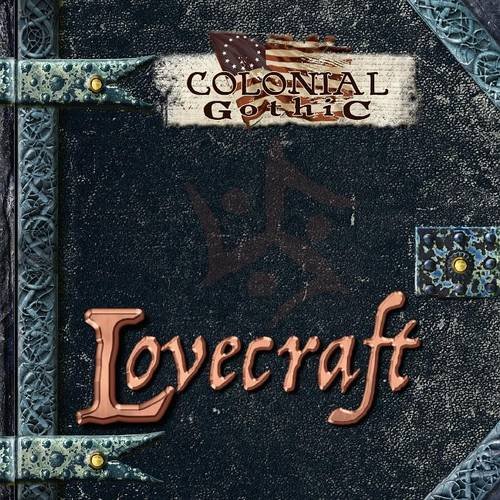