The Pathfinder Roleplaying Game Core Rulebook published by Paizo Publishing is the primary rulebook for playing the Pathfinder Roleplaying Game. Pathfinder originated from the Dungeons & Dragons 3rd Edition, so it is covered by the Open Game License and some of it is therefore Open Game Content.[1]The Core Rulebook is available as a watermarked PDF for $9.99, or as a printed hardcover, for $49.99 plus delivery. The version reviewed was the PDF. This actually comes as a zip containing four different sets of files. There are regular and lite versions of the rulebook as an all-in-one files, and regular and lite versions with one file per chapter. This means there are versions optimised for different devices, and printing, which is useful. The full PDF has 578 pages; two pages are the front and back covers, two pages are front matter, one page the Table of Contents, two pages of introduction from Monte Cook, one of the designers of D&D 3rd Edition, and Jason Bulmahn, lead designer of Pathfinder, two pages are a character sheet, four pages are the Index and one page is an advert for other products. The Open Game License, surprisingly, only takes up about a third of a page.

Credit: Paizo PublishingThe first chapter, Getting Started, covers generating a character and ability scores, and some common games. Rather surprisingly for a core rulebook, it doesn't actually cover what a role playing game is; the assumption seems to be made that if you have the book, you already know (admittedly, this is usually the case). There is a brief overview of the contents of the rest of the book.Races is the main races that would be used by players in the game. These are fairly standard for a fantasy game; Dwarves, Elves, Humans and Halflings have been around since about the beginning. There are also Half-Elves, Half-Orcs and Gnomes. There are overviews of each of these races.Classes describes the core classes of the game, how to advance characters, and the various skills and features of each class.Skills covers acquiring skills, how to check them when needed, and gives descriptions of the various skills available in the core rules.Feats are abilities that aren't related to race, class or skill, but which can have a significant effect on the game. How to gain these feats, how to use them and descriptions of them all, are covered in this chapter.Equipment covers wealth and standard, non-magical, equipment, including weapons and armour, and goods and services.Additional Rules has alignment, a core feature of D&D from the early days, vital statistics, such as age and its effects, and carrying capacity, as well as movement and exploration.Chapter 8, Combat, naturally covers the combat rules. These are pretty complicated when compared to many earlier versions of D&D, and are based on the use of miniatures, or similar.Magic covers casting spells, the different types of magic, and special abilities.Spells has lists of all the spells available for each class capable of casting them, followed by individual descriptions of each spell. This is the largest part of the book, taking up a bit over a quarter of it.Prestige Classes has a number of new classes players can use, assuming they meet the prerequisites needed. This classes have some advantages over the basic ones, but they cannot be started with.Gamemastering is a, rather short, section on how to run a game. This is indeed pretty short, but this is probably because there is an entire supplement devoted to the subject published by Paizo, the GameMastery Guide.Environment has brief details on different types of environment, including hazards and traps, from dungeons to the Planes.Creating NPCs details the five classes of regular non-player characters, and how to go about designing NPCs. This only covers the creation of stats and suitable equipment for these, rather than anything else, such as description, personality or motivation.Magic Items has a whole list of magical items, the vast majority of which will be readily familiar to players of other versions of D&D. Most of these have details on how to make them as well, something that wasn't really covered in AD&D 2nd Edition, or earlier, although artefacts cannot be created. Interestingly, some of the artefacts, for example, Staff of the Magi, were in earlier versions just considered to be standard magical items.There are four Appendices, the largest two covering special abilities, many of which are fairly fundamental to the game, and conditions that could affects characters or opponents. The other two appendices have a brief suggested reading list, and what is effectively an advert for other products in the Pathfinder range.

This may be the Core Rulebook, but this isn't all you need to play Pathfinder. At the very least, the Pathfinder RPG Bestiary is needed to add some monsters, as there are none at all in this book, and, of course, there are many expansions, both from Paizo and many more from third parties - and some dice are needed too. For a complete game in a box, there's the Pathfinder Roleplaying Game: Beginner Box. This resembles in many respects the old Dungeons & Dragons Basic to Immortal rulesets, having separate handbooks for players and GameMasters, dice and everything needed to start playing. 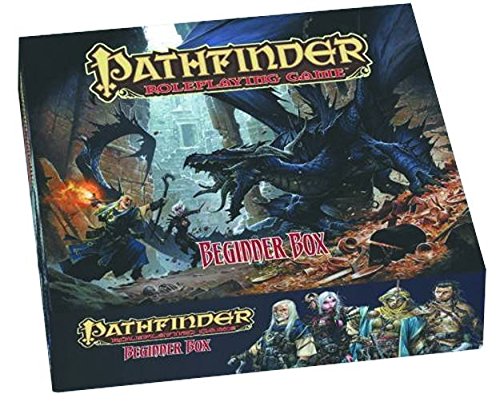 The book is lovingly illustrated, with full colour illustrations throughout the book (some familiar from Rise of the Runelords). Consequently, printing it out is really not recommended, as this is a very large file with a lot of pages and a lot of colours and backgrounds - almost every page has backgrounds and borders on it. The result is a book that is lovely to look at though. There are a lot of large illustrations, especially at the beginning of each chapter, and there are effectively two pages lost to these for each chapter. The PDF is extremely well bookmarked, even down to individual spells, although not magic items, there is a good Table of Contents and a complete Index at the rear. Not only this but the PDF is also extensively hyperlinked, with terms and names all linked to the relevant areas of the book. This is therefore one of the easiest books to navigate.The Pathfinder Roleplaying Game is intended to be compatible with Dungeons & Dragons 3rd Edition and D&D 3.5, and it was originally simply intended to be a modification of those systems, a series of house rules intended to improve the existing system. It eventually evolved into a standalone game system, which is what it was first published as, and players familiar with D&D and D&D 3.5 are unlikely to have any problems with learning Pathfinder. Those who are only familiar with the older versions - Dungeons & Dragons (B/X), Advanced Dungeons & Dragons and AD&D 2nd Edition, or the Old School Revival variants - may well find it more of a struggle, and will probably find the rules rather more confusing, and complicated. Substantial changes were made to create the 3rd Edition, even allowing for the various optional rules added in the various Complete Guides released for AD&D 2nd Edition and other optional rules supplements, none of them had gone as far as this or, for that matter, been made into an integrated whole.Even though this is a development of D&D 3.5, Pathfinder seems to hark back to D&D's original roots in war gaming, as combat is very heavily miniature based, whether these be full miniatures and detailed battle maps, or simply tokens with gridded paper. Combat is, in fact, so heavily reliant on an actual plan of the battlefield that it will be at best extremely difficult and at worst impossible to run combat without visual aids, even if those aids are very basic.The Pathfinder spells names are even less evocative than traditional Dungeon & Dragons spells, which largely didn't show the Vancian influence they were based on. There were a handful of spells in Dungeons & Dragons that were named after characters of the original Greyhawk campaign players; however, these proper names are considered to be Product Identity, and as such are not part of the Open Game License, so although the spells still exist, they lack the names they originally had, such as Bigby, Mordenkainen and Melf. Paizo do not seem to have considered adding any names in a similar fashion to their own spells.Whether or not the game will appeal really depends on the individual in question, but the book itself is really nice, and the game, though it may be overly complex to some, as been carefully put together. Even though the book does not stand by itself, and does need at least one more buying in order to play the game, there is a lot of content for the $9.99 price for the PDF. The book is also very nicely done and easy to navigate. For anyone planning to play Pathfinder, the Pathfinder Roleplaying Game Core Rulebook is really a must have, and is decent value for money. 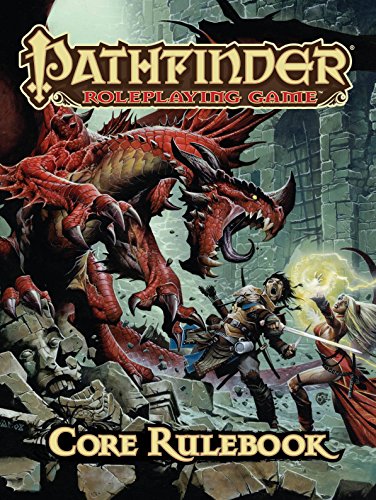