Get the Doctor Who 50th Anniversary Special cheaply from Amazon. You too can earn money from writing articles by signing up for InfoBarrel.
InfoBarrel is a writing platform for non-fiction, reference-based, informative content. Opinions expressed by InfoBarrel writers are their own.
InfoBarrel > History > Modern History

A Selection of British Events in 2013

There are of course many different events that happened in the United Kingdom in the year, but here is a selection of some of the more notable and newsworthy - or not, as the case may be.

In Britain, horse meat is not considered a viable source of food for humans. In other countries it's different, but here horses are more commonly regarded as pets than as something you eat, making it a cultural taboo here (and in some other places).

On January 15th, it was revealed that horse DNA had been found in frozen beefburgers that were being sold in some supermarkets in Britain and Ireland. From here the crisis rapidly spiralled as horse meat was found in more and more foods alleging to be beef, with in some not just traces of horse DNA being found but substantial percentages, and sometimes a majority, of the "beef" consisting of it.This caused three main problems. The first was the previously mentioned cultural phobia regarding the consumption of horse meat. The second was the fact that this was horse meat that had never been intended for human consumption and so raised the possibility that it could contain drugs that had not been approved for human usage. The third one was that, even if the horse meat had been approved for human consumption and there wasn't a phobia against it, it was being sold as beef, not horse. A meat that was much, much cheaper than what is was masquerading as.[1]

The Death of Lady Thatcher 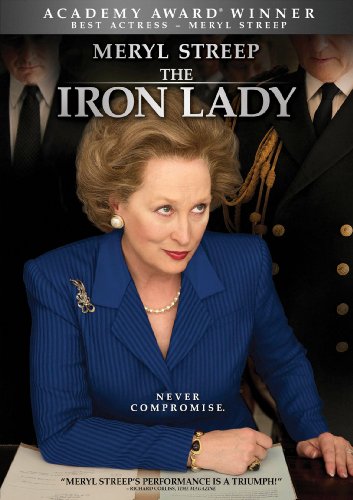 The Iron Lady Amazon Price: $9.98 $1.13 Buy Now(price as of Dec 21, 2016)
Margaret Thatcher, Baroness Thatcher, known as the "Iron Lady" after her leadership style, was the first and so far only woman to hold the office of Prime Minister of the United Kingdom. She was the longest serving Prime Minister of the 20th Century and served from 1979 to 1990.

Margaret Thatcher won three General Elections as leader of the Conservative Party and resigned from the role of Prime Minister after a leadership challenge from within her own party, rather than from losing a General Election. Her position was challenged due to a decline in the popularity of the Conservative Party and a poll showing that she was actually more unpopular than her party was with the electorate - something that former Labour Prime Minister Tony Blair could probably empathise with, as he ended up in a similar position.Thatcher's role as Prime Minister was a polarising one. Her policies as well as her ethics and personal style became known as "Thatcherism" and drew criticism as well as support. Lady Thatcher died on 8th April 2013 aged 87 and had a ceremonial funeral on 17th April at St Paul's Cathedral in London. Reactions to her death, and her funeral, were mixed, given her polarising nature, and so as well as being praised for her role in leading the country she was also criticised by others, with more extreme reactions being actual celebrations of her death.[2]

The Birth of Prince George 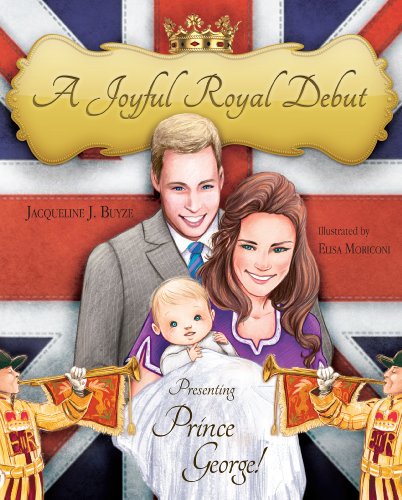 A Joyful Royal Debut: Presenting Prince George! Amazon Price: $14.95 $14.91 Buy Now(price as of Dec 21, 2016)
One of the most popular stories in the UK, and quite possibly the world, during the year was the birth of George Alexander Louis, the first born and son of Prince William, Duke of Cambridge and Catherine, Duchess of Cambridge. Prince George of Cambridge - not to be confused with Prince George, Duke of Cambridge - is third in line to the British throne after his grandfather Charles, Prince of Wales, and his father, William.

It was announced on December 3rd 2012 that the Duchess of Cambridge was expecting her first child after she was admitted to hospital with acute morning sickness. Prince George was born on 22nd July as St Mary's Hospital in London, the same hospital at which his father, and uncle, Prince Harry, were also born.[3]

The series about Britain's most famous time traveller, the Doctor,  Doctor Who turned 50 in November - the first episode originally being broadcast in 1963, although the show was off the air, at least as far as new episodes of the live action show went, for about 16 years (excluding the 1996 television movie).The Day of the Doctor was an extended episode that starred Matt Smith's Eleventh Doctor and saw the return of David Tennant's Tenth Doctor. There was also the previously unknown War Doctor, played superbly by veteran actor John Hurt, who was introduced at the end of The Name of the Doctor, and whose regeneration into him from Paul McGann's Eighth Doctor (no, the numbers don't work out correctly any longer) was shown in the mini-episode The Night of the Doctor.The Day of the Doctor is set partly during the last, great Time War between the Time Lords and the Daleks on and around Gallifrey, a war that has played a major role in the events of the new series, even though it has only been shown on brief occasions although referenced on many more, and partly on Earth. During the episode there were many references to the old series, and Easter eggs that might not be spotted on an initial watch as well as a fairly significant cameo scene, and quite a few lines from the War Doctor that could have originated from fans - such as complaints about how the 10th and 11th Doctors wave their sonic screwdrivers around and the use of language such as "timey-wimey" to describe things.

The Night of the Doctor

The Xbox One and the PlayStation 4

November saw the release of the two latest eighth generation video games consoles in the UK (and many other markets), the Xbox One and the PlayStation 4. The third console, the Wii U, was released in 2012.It's been quite some time since the release of their predecessor consoles, so this was greatly anticipated, with many places selling out of the consoles quite quickly.

According to the Oxford English Dictionary, "selfie" is the Word of the Year.The actual concept of a selfie is not that new, dating back to early cameras. Today, it is used to describe a self-portrait photograph that is usually taken with a smartphone or digital camera. The term itself is also not a new one, but as it became more common it was monitored for inclusion in the dictionary as an actual English word. You've got to love the English language, it's so flexible.The spread of the popularity of the selfie can be linked to social media, with people (including the Pope!) taking self-portraits of themselves, or in group photographs, and then posting them online to various social media sites.The tendency of some young celebrities, such as Justin Bieber and Rihanna, to take selfies and them post them has probably contributed to their popularity. There are some concerns over the use of selfies amongst women and, especially, young girls, who then send them out beyond their control.[4]