The first Greek scientific men whose names are known - Thales, Anaximander, and Anaximenes - came from Miletus on the eastern seaboard of the Aegean and lived during the sixth century B.C. Thales accepted the spherical universe and believed that water was the basic substance from which everything was formed. Anaximander, who thought some indefinable substance (not water) was the basic material, taught that the earth was cylindrical in shape. Like Anaximenes, he believed the heavenly bodies were holes in a dark sky through which shone a surrounding fiery zone. The most important sixth-century scientist was Pythagoras- best known for his proof of the relation ship between the sides of any right-angled triangle and his followers , the Pythagoreans. They also investigated musical harmony, which led them to suggest a divine relationship between numbers, music, and the universe.

Significant developments in the fourth century BC followed the establishment by Plato (circa 427-347 B.C.) of his Academy in Athens, where he stressed the mathematical nature of the universe. His pupil Aristotle (384-322 B.C.), the greatest ancient scientific philosopher, set up his own academy, the Lyceum, also in Athens. He adopted the theory, formulated by Empedocles in the fifth century BC, of the four elements earth, air, fire, and water- as the fundamental components of all matter. Astronomically, Aristotle discussed whether the Earth moved in space but he tended to favor a fixed earth in the center of the universe. 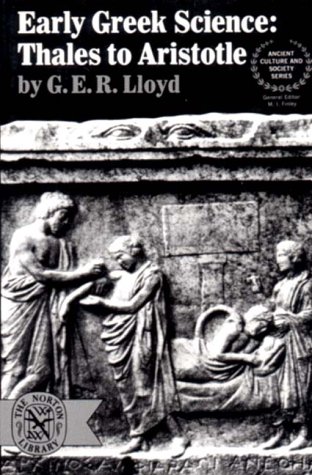 Aristotle also discussed the nature of change and especially of motion, as well as teaching that there was a fundamental difference between celestial and terrestrial bodies. The former were eternal and changeless; all change, he believed, must occur below the moon, the nearest body to the earth. He also rejected the idea, proposed in the fifth century by Democritus and Leucippus, that the universe is composed of separate and indestructible atoms.Although it was Aristotle's views about the physical universe that exerted the most profound influence on science for the following 2,000 years, he was at his best in the biological field. He carefully described the compound stomach of such ruminants as the cow and the habits and diseases of bees; he studied the placental dogfish that reproduces its young alive, and made a general study of sexual reproduction. He also studied plants, although it was his friend and disciple Theophrastos (circa 372-286 B.C.), who is credited as the founder of botany.

In the second century AD the astronomer Ptolemy (circa 90-168 A.D.) produced his remarkable Almagest, a digest of Greek astronomy, and his Geography, using longitude and latitude and his own stereographic map projection. The medical lore of Hippocrates of Cos in the fifth century B.C. was developed by Herophilos and Erasistratos in Alexandria two centuries later. They dissected the human body, distinguishing veins from arteries, sinews from nerves, and generally laying the foundations of anatomical knowledge.The compound pulley was known in Aristotle's time and the screw for raising water was invented in Syracuse by Archimedes. Much Greek technology, however, was also developed at Alexandria where, about 200 B.C., Ctesibias designed clepsydras, or water clocks, and a force pump, and in the first century AD Hero not only developed the study of machines and pneumatic devices (without finding practical uses for his inventions) but also improved surveying techniques. The discovery of a device for astronomical and calendrical calculations suggests that Alexandrian technology had a wide influence.

Following the claim by Eudoxos of Cnidus (circa 408-355 B.C.) that heavenly bodies moved in circular orbits round the Earth, the third-century astronomer Aristarchos of Samos (310-230 BC) suggested that the Sun, not the Earth, was the center of the universe and discussed the sizes of the Sun and Moon. But his theory of the universe proved unacceptable. A century later, Hipparchos (190-120 B.C.) , the greatest observational astronomer of antiquity, discovered the precession of the equinoxes, compiled a catalogue of stars, calculated solar eclipses, and had an advanced theory of the Sun's motion. The third century BC is notable also for the mathematical physics of Archimedes (circa 287-212 B.C,) and the establishment of the library and museum of Alexandria. There, for the next 500 years, advanced research was carried out; mathematics flourished with Euclid and Appolonius (250-220 B.C.), who was noted for his work on astronomy and conic sections. There, too, Eratosthenes (276-194 B.C.) estimated the circumference of the Earth to within 250 miles (400km). 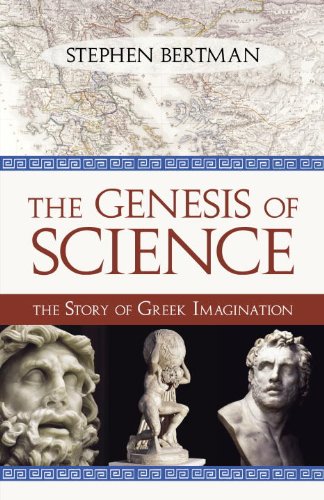 The Genesis of Science: The Story of Greek ImaginationAmazon Price: $27.00 $1.99 Buy Now(price as of Jun 16, 2014)
Next >> 10 of the Most Bizarre and Horrific Torture Techniques From History