King of the Coppers

King of the coppers with the face of an angel? I should say not. Take one look at the image that adorned the United States first attempt at a coinage for every day commerce, and you'll see why this was such a short-lived bust of the famous Liberty.

A scared look upon her face was nothing compared to the scared looks on the colonists faces when they thought of their glorious new country being represented by this frightening portrait of a woman.

An outrage quickly rang out through the entire country, which wasn't much more than the eastern seaboard at the time and the government quickly changed the face of the United States Large cent somewhere early in the first year of issue.

As a result of this abrupt upheaval of machinery and mechanical apparatus to first engrave and then install all the new dies,  just over thirty thousand chain cents were minted to begin with. Finding one today you will be choosing from far less than that because experts believe fewer then 50 percent survive today.

Most of them are in collections. numismatist's have sought out this coin for three hundred years. Todays market will show about a dozen or maybe two at any given time, with 90 percent of them being extremely low-grade.

When A high-grade example of this coin does make its way to auction, the bidding is fierce and the sky's the limit. A coin like this has sold at auction for over a million dollars. A low-grade example today can be bought for a few thousand dollars.

The time to buy any chain cent is almost gone. If you find one in the future, it will start at a king's ransom and probably bring two.

The Queen To The Collection

The second coin in the golden copper collection, is the 1793 flowing hair wreath reverse United States Large Cent. This coin represents the second attempt for the United States mint to get a coin that would please the public. (Sound familiar?)

This attempt pleased some but the masses were still upset. Even with the softened facial expressions Liberty was now presenting and the absence of the chain circle reverse, which people took to show we atoned bondage. The coin was still not well received and later in the year 1793 the US mint would make one more stab at it before finally getting it right.

The wreath cents are not  as rare as their predecessors. They are however just as collectible and just as rare. Again only a handful will come to market at any given time and the bidding for this coin is also fierce in all grades.

Low grade examples like the chain cents bring a few thousand dollars. The highest grade examples are off the chart at seven figures. Just imagine finding one of these coins in that old jar of coins in the attic. Many people have and many more will. With about 60,000 made and a lot less than that found to date, there is potential with this coin for a few jackpots to be hit.

Here we have another early year American relic. This one is the newest design for the United States Large cent. It originally came in as the third different obverse on the last 1793 cents. This is the coin that finally won the approval of the United States Citizens.

The capped bust cent lived on midway through 1796 and is shown in the above example in pristine condition. If you found one like this ninety percent of dealers and numismatist would tell you it had to be a fake.

This is the point where I stress that any high-grade coins your thinking of buying should be certified and encapsulated by a third-party grading service such as PCGS or NGC. These are two of the biggest and most respected companies in the field.

A cool half a million would not be a surprising dollar bid on this and maybe more than that. It's been a long time since there's been one like it on the market. A low-grade coin will be in the six figure market for this coin because enough people believe they can actually get one. 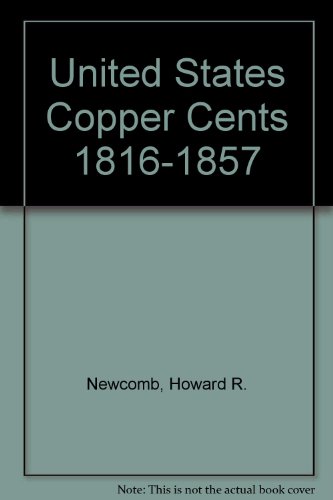 A Rarity By the Numbers

This variety is a United States Bust Cent. If your after this one you are a true treasure hunter. Only the élite sets are going to contain anything more than a barely readable example of this year. They are limited in numbers and carry a price tag so volatile that I can't guess what it may be tomorrow. This one would have to be looked up in a current price guide when you find it.

Be extremely careful when looking at draped bust large cents. Because of the rarity and the growing popularity of the coin as an investment, the rate of fakes showing up at market has increased dramatically. As we state earlier, always have the coins certified or buy them that way. 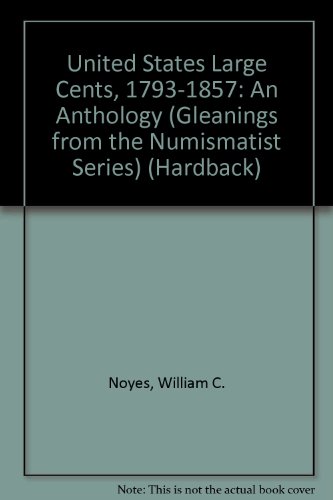 Here's a coin that most coin collectors have heard of. Probably because it holds the claim to fame as being one of the first coins to have an example sell for a million plus United States Dollars. The record has been beat many times since, but the 1804 copper cent still has its place in history.

One of the reasons that this coin makes the list is the low number that was minted. The government later made a restrike, and the restrike is worth just as much and in some cases more than the original coins.

If you went on eBay and searched for this item, you would probably get any where from one to a half-dozen real coins in the results. The rest will be labeled copies as the law requires. The ones that are real will all be in a bidding war between may buyers. Good luck if your going to throw your hat in the ring for one of these. You better have a pretty big hat!