Norseman is situated 726 km East of Perth in the Shire of Dundas and is the last town you can stop at for groceries and stores when travelling east across the Nullarbor until you reach Ceduna 1200 kms away although there are several fuel stops available in between for fuel and essentials.

If you are considering crossing the Nullabor on this trip then make sure you carry plenty of fresh water, as the roadhouses often do not have any.  They rely on rain only for their water. Even if traveling in the heat of summer you will need to take warm clothing and blankets as it gets freezing at night on the Nullabor. Yes even on those hot 45 degree scorcher days the nights will be very cold.

Laurie Sinclair  is said to have tethered his horse “Norseman” and overnight it pawed the ground  and in the morning they found an exposed chunk of gold reef. Thereby resulting in the town being called Norseman.  A statue of this horse has now been mounted in the town centre.

Central Norseman Gold has created employment for many of the locals, and over the years the price of gold has kept the town alive through it ups and downs depending on the price. Even today Gold is still the main reason for the towns existence along with tourism. Gypsum found on the salt lakes is also mined there.In the 70's you could buy a house for around $300, now some homes are valued well over $150,000. I can still remember days when the temperature would rise above 48 degrees and believe me it was hard to take, especially when planting trees and watering them by hand trying to keep the lawns green. Back then travellers could not understand why they needed to take extra water and blankets when travelling over the Nullarbor.They did not realize that there were no pipe lines for water and even though the temperature rose to over forty degrees during the day the temperature on the Nullarbor plains would drop incredibly low and your bones sure felt it.Tourist AttractionsDundas Rocks- is 22km south of Norseman and a great place for the family to stop for a picnic or barbecue. It's incredible rock formations have been there for centuriesBromus Dam- continue south and relax at this free overnight camping spot. This dam was built around 1925-26 an incredible feat in those days.  If you need to cool off then enjoy a swim although  like any still water you need to take precautions during the summer months. Do not put your head under the water. You could even be lucky enough to catch a few Yabbies.

Other interests – If you like to fossick then you may wish to look for gypsum crystals or agate gem stones.  Check with the tourism centre for more information on this and required permits.Other things we experienced in NorsemanFor a small mining town Norseman has had its fair share of ups and downs. As you would expect there have been many lives lost over the years in the search for gold.  In the early days men dug with anything they could find working like rabbits in very small areas.  Safety has improved over the years in mining yet there are still men losing their lives from rock slides and using the large underground machinery

In March 1977 we were woken up about 2.30am by the sound of a large explosion.  On looking out the window the air was filled with red dust which we could see in the street lighting.On further investigation, wreckage was strewn over a large area. Tin sheeting was seen high up on the metal tower and up in the tall trees and even across the other side of the road. It was a scary experience not knowing why or who had done it.

Bombing of the Airport fuel dumpAs if that was not enough that night approximately 11 pm we were stunned by the sound of another large explosion.  It was the fuel dump at the Norseman Airport.  Flames leapt high into the air and the heat caused the 200ltr fuel drums to explode and fly into the air.After much investigation it was said that 190 sticks of gelignite was stolen from Central Norseman gold mine.  To my knowledge they did not find the person or persons involved.

In June 1978 six people died in a plain crash. Five football players and their pilot were killed when their plane crashed after taking of at Norseman airport after a local game. In those days players were recruited from Perth and flown to the local towns for their Football games each week between the country towns. This was a tragic loss to family members and the whole sporting communities involved.

Air RaceNorseman was thrilled to see a variety of planes landing during an air race. There were about one hundred entrants and it was great to see the many different types of planes from helicopters, single and twin engine planes which all competed in this event.

This was a fun time each year for the children and families preparing the floats and costumes to enter the parades. Everyone did their bit to make the festivities more enjoyable before Christmas.

Note: the above pictures were taken over 40 years ago, some were taken on slides which have lost their quality over that time. 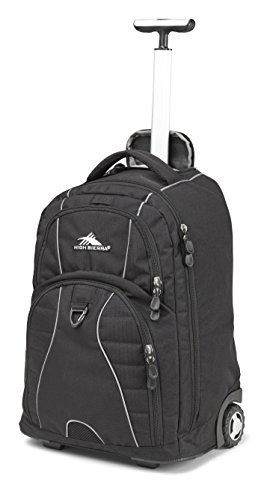 The coffee shop next to the old Shell garage was once managed by a well known Kalgoorlie Brothel Madame.

This woman was well known and liked for the good things she did in Kalgoorlie helping others less fortunate.  Kalgoorlie is well known for their notorious brothels.  Having these brothels it helps to keep it regulated instead of people starting up in different areas and not regulated.

Norseman is situated between Esperance and Kalgoorlie