Cow killer ants (Dasymutilla occidentalis), also commonly known as velvet ants, look like large orange and black furry ants; however they are actually a wasp. The males have wings while the females are flightless. Although not generally an aggressive insect, the female can give a very painful sting if handled or accidentally stepped on. The highly painful sting gives this insect its name memorable name, not because the sting is toxic, but because it is so painful, it seems it could kill a cow.

The size of this wasp ranges from 1/4 inch to 1 inch in length. Like other members of the Mutillidae wasp family, its body structure looks just like an ant with straight antennae. The back of the abdomen of the female has a black and orange striped pattern, although sometimes instead of orange, it can also be yellow-orange or red-orange. The female's underside is black. Males are similarly colored but the dark brown wings hide much of their back.

These wasps are solitary insects. They do not live in colonies or in pairs. If you see one or two in your yard or house, you do not have to worry that you have an infestation or nest of thousands nearby.

These wasps are native to the East Coast and as far west as Texas and Missouri. They tend to live in meadows, fields, and on the edge of forests reports BugGuide.net.

They have a complete metamorphosis life cycle, which includes an egg, larvae, pupa, and adult state. In the fall, the female lays her egg on the cocoon of the ground dwelling bumblebee (Bombus fraternus) reports theUniversity of Minnisota Department of Entomology. Once the egg hatches into a larva, it eats the cocoon and the developing bee larva on which it hatched. The larva then forms its on pupa in that same burrow and turns into an adult. They emerge from their burrows in the spring.

Adult and young cow killer ants have different diets. The young larvae are a parasite as they eat the cocoon of the wasp in which they hatch on. Adults eat nectar and are useful pollinators.

The cow killer ant is not considered a pest. Instead, it can be beneficial in keeping unwanted bees out of your yard. The greatest danger of these wasps comes from the painful sting should you accidently step on one rather than from a serious allergic reaction to the sting. 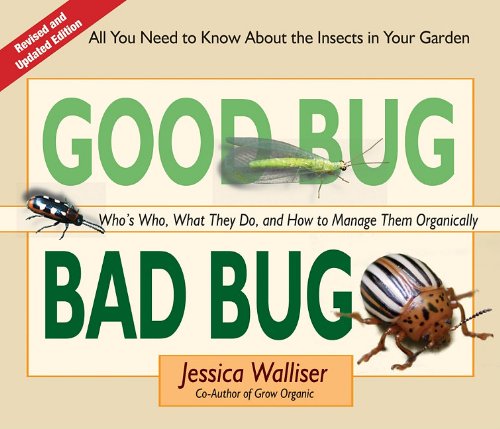 Good Bug Bad Bug: Who's Who, What They Do, and How to Manage Them Organically (All you need to know about the insects in your garden)Amazon Price: $17.95 $10.49 Buy Now(price as of Oct 18, 2013)
Next >> Zika: The Warnings About Wolbachia and Culex Our Health Authorities are Ignoring