I Â joined Infobarrel as a way of earning extra income between jobs. It takes time to Â learn everything you need to know and build a portfolio but there is no better place to start. Everyone on Infobarrel is incredibly friendly and helpful and will help point you in the right direction.Â  The fun of Infobarrel is you can write about what you want to when you want to.Â If you'd like to make extra money or just enjoy seeing your name in print I'd recommend you toÂ sign up. I love writing for InfoBarrel and write on a variety of topics. You can see my recent articles hereÂ Â http://www.infobarrel.com/Users/andrewagreen
InfoBarrel is a writing platform for non-fiction, reference-based, informative content. Opinions expressed by InfoBarrel writers are their own.
InfoBarrel > Travel & Places > Places > Italy

A View of Florence

Florence is a stunningly beautiful city stuffed full of art, culture and history. There is so much crammed into this small, compact city that it can be hard to take it all in. In fact Florence is so crammed full of art and high culture there is a syndrome, 'Florence Syndrome', associated with it in which visitors become so overwrought by the beauty of it all that they faint with dizziness.

With so much to see it can be difficult to know where to begin. One solution is to head straight for Florence's iconic cathedral, the Duomo,  in the heart of the city with its striking red dome, but if you  prefer to get your bearings and get an overview of the city you are about to visit, a better place to start is the Piazzella Michelangelo.

The Piazzella Michelangelo is across the river Arno on its south bank, just east of the city's centre. It offers stunning views out over the city and is a good place to get pictures of the Duomo and the Ponte Vecchio.

Piazza Della Signoria and the Duomo

Now you should be ready to head for the centre of Florence; the Duomo and the Piazza Della Signoria to find a little more out about Florence.  The Piazza Della Signoria is a joy and a surprise. At first sight it is as if a busy municipal janitor has gathered all the spare classical statutory he can find and dumped it around the fringes of the square. Classical statues jostle with each other; familiar well known pieces are almost lost in the crowd. You will even find a much photographed statue of David but the one here is a copy; the real one is in the Galleria Dell' Accademia.

Here on this square you will find the Palazzo Vecchio, Florence's Town Hall and the seat of the city's government since 1300. Its soaring tower, the Torre d'Arnolfo, is 94m high. The tower dominates the square despite the presence of monuments like the Fontana di Nettuno (Neptune's Fountain) and a huge equestrian statue of the Cosimo l'de Medici. There is a plaque at the spot where Savanarola was burnt at the stake.

By night the square takes on a different character with busy street cafes, noisy with excited chatter. Florentines love to dress up and be seen and the Piazza Della Signoria is a great place to watch them 'fare il giro' which literally translated means to 'do a turn.'

The Duomo itself is a must see site but most of its treasures have been removed to the nearby Museo dell' Opera del Duomo the museum of the Cathedral whose treasures include Michelangelo's moving Pietà. However, the fourth largest church in the world is worth visiting just to experience its sheer size and magnitude and, if you are OK to queue, its worth climbing the tower for views out over the city and to view the structure in its close up magnificence.

The two other must see buildings associated with the cathedral are the Campanile, a soaring bell tower designed by Giotto which is nearly as high as the Cathedral's dome and the 11th century Battistero, or Baptistry, an extraordinary octangular building which we loved for the opulence of its doors.

On the same square, as if all this wasn't enough is another definite 'must see' the Galleria Degli Uffizi.

Uffizi and the Galleria dell'Accademia.

Here is an important word of warning. The Uffizi has been described as worth a visit to Florence on its own [2]and you couldn't possibly visit without seeing Michelangelo's David at the Galleria but these two venues get impossibly crowded and, if you don't want to spend upwards of half a day in a long, hot, sticky queue booking ahead is essential. If  you can and particularly if you are fussy about the time of your visit, book before you arrive in Florence, 2-3 weeks ahead. This is easy to do online via the official online booking site[3] but beware of imitators, of which there are several, who will charge you a hefty booking fee on top. Book an early slot if you can as the galleries get busier as the day goes on.

The Galleria Degli Uffizi is a handsome building that was once home to the offices the Medici family governed their Dukedom from. These days it houses the finest collection of Renaissance art in the world - more than 1500 works distributed across 50 rooms. It is difficult to pick out stars in such a collection but here you will find: Botticelli's Birth of Venus and Spring, Leonardo Da Vinci's Annunciazone and Michelangelo's Tondo Doni together with works by; Rafael, Rubens and Rembrandt.

The Galleria dell' Accademia was specially built to accommodate Michelangelo's David. Whilst there are other treasures here like works by Botticelli and some astonishingly detailed embroidery upstairs it is the statue of David that everyone flocks to see and it is worth the visit on its own. 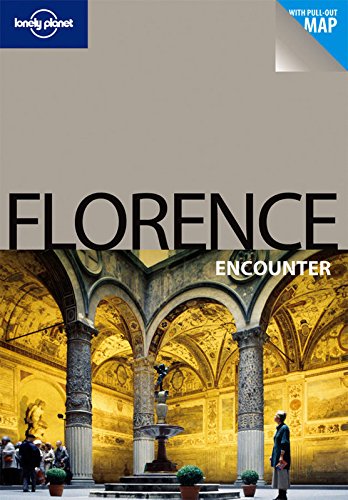 Lonely Planet Florence Encounter Amazon Price: $39.98 Buy Now(price as of May 13, 2015)
A great little book that crams all the essential information into a handy to carry format with plenty of illustrations.

Some other Florence attractions

The Palazzo Pitti a 15th century museum that the Medicis acquired from a rival banking family, the Pittis in the 1540s. Today the building houses not one but six museums including the apartments of Italy's 19th century kings and a museum of 19th and 20th century Florentine art.

Giardino  di Boboli, the Boboli Gardens, 45 hectares of park land in the middle of the city that offer beautiful views over Florence and some greenery as a break from all the Renaissance and Medieval splendour the city has to offer. 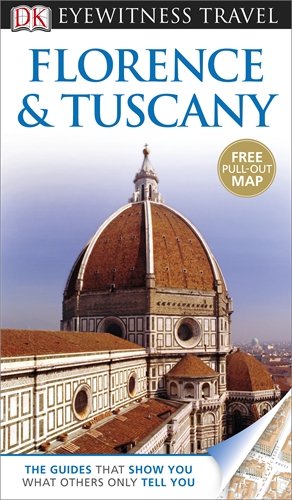 Florence is such a delightfully compact city that most of its principal treasures can be accessed on foot but some of the best hotel deals are to be had across the Arno in the Oltrarno district.Oltrsarno literally means 'beyond the Arno'. The further reaches of the City are easily reached by bus. Whilst there are few buses in the city centre itself; a network of buses runs along the Arno, crossing its various bridges and connecting other parts of the city. Most of the bus routes merge in the Santa Maria Novella area making this something of a transport hub.

You can eat really well in Florence but you can also pay over the odds. It's always important to remember when eating out in Italy that you pay extra for location. If you want to eat on one of the main squares you will pay for the privilege but there are hidden gems of restaurants down the little side streets off the main square. Do your research on Trip Advisor and find out where they are. You will probably have to book because they may be small and much sought after but do your research; it will pay off.

Next >> Things To Do In Rome With Children