Is it a Dog or a Bear? - About the Massive Tibetan Mastiff

As many would suspect because of the Tibetan Mastiff's size, living accommodations are an important aspect to take into consideration for potential owners. These are definitely not apartment dogs. They are, at heart, guard dogs so they need room to move around and patrol. The Tibetan Mastiff is very alert, particularly at night. Every little noise they will take as a threat, so they are prone to barking. For those who have close neighbors, a Tibetan Mastiff may not be the best addition to the household. However, even for those that living in rural areas, this breed needs a fenced in area to roam around.

This breed of dog is particularly prone to roaming around and may become lost or even is at risk for getting hit by a car. What's more, whatever they consider their territory, they will guard to the bitter end. This could spell bad news for a stranger passing by or an unlucky post worker. Even with a fenced yard, it needs to be well build. Not only can their size break down a rickety fence, but they are quite skilled at digging and escaping. With enough exercise and play time, the risk of them digging under a fence is lowered, however.

The ideal climate for a Tibetan Mastiff, obviously, is a cold one. Owners can get away with a temperate climate as long as this dog does not spend too much time outside in the summer months. However, these furry giants are happiest when it is nice and cold.

While cute and cuddly looking, Tibetan Mastiffs are primarily independent creatures. They may let you get your cuddles in from time to time, but primarily they like to be left alone. When raised around children, they are well-behaved as long as boundaries are set. Be sure to remind your child to never feed them off their own plate or go near their food bowl. Food is a pretty touchy subject with a TM. They are generally very protective of their food bowl, so if there is food in it, going near it is pretty risky. Though they are good with children they were raised around, visiting children should be weary. A TM that has not been socialized well might take something as simple as a strange child touching your children as a threat.

When raised with other pets, TM's are generally tolerant of them. However, introducing a new pet may be an issue, especially if it doesn't respect a Tibetan Mastiff's space. Tibetan Mastiffs can sometimes be same-sex aggressive. Potential owners should consider getting a different gender from the dog they already owner, else they might via for dominance. Neutering and spaying can prevent this sometimes, especially in other breeds, but the pack instinct is still very strong in a TM and getting them fixed does not always hold the same guarantee.

A primary trait found in the temperament of all Tibetan Mastiff's is stubbornness. When they set their mind to something, it can be difficult to stop them. These strong-headed dogs can be difficult to train, so if owners are considering this breed with no prior experience in training dogs, they may want to rethink their choice. It is not in a TM's nature to try and please their owner, they usually just want to do their own thing.

The Tibetan Mastiff is very sensitive to the seasons. In the winter months their coat thickens, especially around the neck area. This had led to them being playfully called a bear or a lion, what with their thick mane and all. Due to the sheer amount of hair, ideally they should be brushed at least once a week or every other day once they begin to shed.

This, as well as all the various aspects of the breed, makes this a very high maintenance dog. Those who don't want to put in the work when comes to either grooming or training, then they should definitely consider another dog breed.

On the fun side, during shedding season owners could probably fully stuff a pretty large pillow with all the fur that comes off. 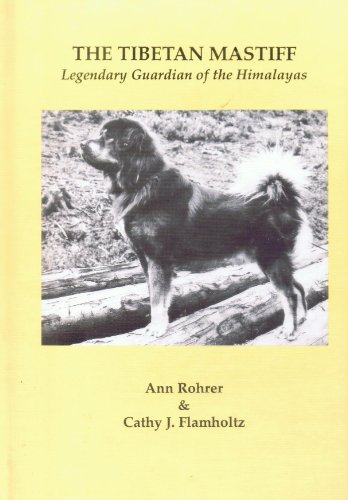 From Puppy to Adult

Surprisingly, the Tibetan Mastiff has a fairly long lifespan. Owners should expect to have them around for at least fourteen years. However, they are also a slow maturing breed. While the females will mature faster, it can take around 4 to 6 years for this breed to fully mature physically and mentally. Those who are interested in breeding their TM should wait until at least four years; however females can reproduce as early as a year old. The stress of carrying and raising a litter could lead unbalanced behavior and health issues though, so it is best to wait.

Potential owners of this breed should try to get a puppy so that they can have an easier time training it. Young TM's, while still stubborn as rocks at times, are easier to train than their older counterparts. For those that have people frequently visiting their homes, a TM puppy should be socialized young and well. The Tibetan Mastiff thrives under routine and familiarity, so when introducing the puppy to new people set up a routine for it and repeat it every time they meet someone new. When they get older, they will remember this routine and know that this person is not a threat.

Never skimp on the socialization with a TM pup. They need to know that other people aside from their owner are not a threat.

Up until about ten years old, the Tibetan Mastiff will be less interested in play opposed to patrolling. They will often nap during the day and want to be out all night keeping watch. However, for those irritated by frequent barking, owners may want to dedicate the time to keeping a Tibetan Mastiff up during the day so they will sleep at night. After ten years, a TM will begin to slow down. Like with all large dog breeds, they will begin to manifest joint problems and possibly arthritis. This will make getting up more difficult and they will do less patrolling and more sleeping.

Once a Tm begins to get to an advanced age, owner's should begin to keep an eye on whether they are eating and drinking regularly. As their body gets older, this begins to be too much of a chore and they may eventually stop. 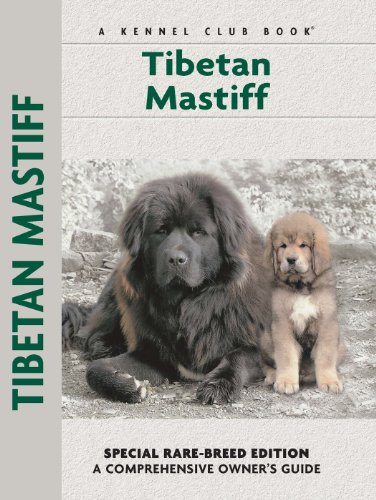