Get a biography of Lincoln or Abraham Lincoln: Vampire Hunter cheaply from Amazon. You too can earn money from writing articles by signing up for InfoBarrel.
InfoBarrel is a writing platform for non-fiction, reference-based, informative content. Opinions expressed by InfoBarrel writers are their own.
InfoBarrel > History > Modern History

The Abraham Lincoln mythos requires the great president be born of humble beginnings.

This part of the Lincoln story needs re-examining, however, especially as it relates to impressions and artifacts surrounding his legend.

Lincoln’s ascent from his frontier childhood to his presidency is well-documented and needs no more exhaustive discussion.  However, the popular “rail-splitter” image (heavy toil, reading by firelight, walking miles to return a book) must be seen in the context of the times.

Yes, Lincoln helped build rail fences; he engaged in farm work, more so after his father (a ne’er-do-well later in life) became a heavy drinker.  And he was largely self-educated.  But, prior to decamping to Indiana from Kentucky in his early childhood, the real Lincoln was no poverty-stricken waif.

Little HouseThe Lincoln homestead in Kentucky, by the standard of the times, could be considered middle-class.  The Lincolns did not live a hard-scrabble existence until later, after moving to Indiana and the senior Lincoln’s decline.

Their Kentucky days, as measured against their neighbors and the community, were comfortable if not exactly prosperous.  Likewise, if later in life Lincoln split rails or walked many miles to run an errand or read by firelight none of these activities is extraordinary.  If one wanted a fence in the early 1800s one split rails by hand.  Tallow and, certainly, wax candles were dear; firelight would suffice for reading.

And as for walking: it was the primary means of travel for most frontier settlers, there being no roads of merit. So, when seen in context, much of the legend of Lincoln takes on a more common-sense explanation versus that of being extraordinary.

Fake HouseLincoln birthplace cabin, set up in an impressive monumental structure for public viewing, however, is not not merely a construct of misplaced public sentiment: it is the product of outright fraud.

Years after Lincoln’s assassination his nascent popularity as a great American figure meant some people intended to capitalize on that growing fame.  The greatest symbol of Lincoln’s “humble” beginnings would have been his Kentucky birthplace cabin.

Unfortunately, shortly after the Lincolns left Kentucky and moved to Indiana the real Kentucky cabin in which he was born either burned to the ground or was cannibalized by his neighbors for materials (accounts differ, but it is more likely his neighbors dismantled the place).  In any event the Lincoln birth cabin was no more.

However, in 1894, a New York businessman and huckster named A.W. Dennett purchased the original Lincoln Kentucky farm site (near Hodgenville, Kentucky).  Dennett, to capitalize on Lincoln’s popularity, cobbled together pieces from a couple of log cabins in the neighboring area.  He then exhibited this “artifact” around the country for people to ogle (charging admission fees).  The cabin was “supported” by false testimonials and affidavits of “neighbors” and other influential people of the day.  Although all these documents attested this cabin's authenticity as Lincoln’s birth cabin, none of the testimonials was genuine.  The alleged signers of these affidavits, in many cases, did not even exist.

To add to the confusion this same promoter also had a Jefferson Davis birth cabin on hand as well (Davis, like Lincoln, was born in Kentucky).  These two birth cabins were displayed, being assembled and disassembled at each venue.  Eventually the pieces of these commingled beyond recall; the whole kit ultimately went into storage.

A civic group, the Lincoln Farm Association, later purchased the Lincoln farm site and constructed the memorial that stands there today.  President Theodore Roosevelt laid the cornerstone for it in 1909, and President William H. Taft presided over the dedication ceremony in 1911.  In 1916 the group that built the memorial donated it and the lands to the Federal government.  It is now under the aegis of the National Park Service.

Not the Right House, But a House NonethelessBut the cabin?  The structure inside the Lincoln Memorial today is neither Lincoln’s original birth cabin (known to have been destroyed) nor is it the faux cabin shuttled around the United States in the late 1800s!

Needing a cabin for the centerpiece of the memorial structure, the Association brought the Dennett cabin (cobbled together from at least two, if not three, other non-Lincoln cabins) out of mothballs.  The purchasers were unaware of this cabin’s piecemeal history – the cabin could not be properly assembled, and it was abandoned.

Instead, the Lincoln Farm Association bought another one-room cabin similar in style to the Dennett cabin.  This replacement cabin had no connection to Lincoln whatsoever; in fact, it

Credit: National Park Service (public domain) had been built 30 years after Lincoln died!  And, to add insult to injury, once this cabin was assembled inside the memorial it was deemed too large; it impeded traffic flow for visitors, and so was trimmed of six feet of length and a foot of width.

This truncated cabin resembles a very large children’s playhouse.  It is difficult to imagine two people living comfortably in such a building let alone the entire Lincoln clan.

To the Park Service’s credit, it no longer refers to the memorial birth cabin as anything other than “symbolic” of Lincoln’s birth cabin and his life.  However, the casual visitor doesn’t really comprehend that the exhibit is a fake, and this information is not forthcoming at the site.  Most tourists come away with the feeling they’ve seen Lincoln’s birth cabin. It’s a real cabin, all right, but Lincoln never saw it, let alone be born in it.

It is this impression (which is not discouraged) that is onerous.  Let it be a “symbol”, but make sure the public knows it as such. 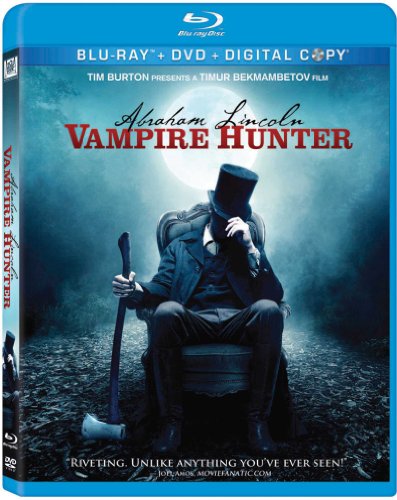 Trucker Man Amazon Price: Buy Now(price as of May 26, 2016)
Next >> Fashioning a Reign: 90 Years of Style from the Queen's Wardrobe - Magnificent Exhibition at Buckingham Palace