Alexander and the Great and the Snake Worshipping Cult

His Teacher was Aristotle!

Alexander III (356-323 BC) who became king of Macedonia, was idealistic, yet realistic. He was a great leader and administrator, had immense passion and yet generally exhibited moderation. The fact that his teacher was the great philosopher Aristotle, may help to explain such attributes however. He was one of the worlds most outstanding military strategists and went a long way toward creating a world empire, which was to later inspire the Romans.  Alexander, is also largely responsible for spreading Greek culture and influence, during the period known as Hellenistic Age.

Becoming King of Macedonia at the age of 20, when his father Philip was assassinated, Alexander we are told by the historian Plutarch, had blond hair and melting blue eyes. Yet, by the time of his death at the age of 32, he was in control of many Greek city states, the Persian Empire, Egypt, much of the Middle East and amazingly parts of India. Alexander was also of the view that he was somewhat divine, a god among men. All that success can go to the head I suppose.

In the case of Alexander, the idea of his divinity, was also shared by his mother Olympias, who had been the fourth wife of Alexander's father. As a member of a sex, snake worshipping cult of Dionysus, Olympias, it is suggested by Plutach, went so far as to sleep with snakes..... She also told her son that his father was the god Ammon, a ram-headed deity, who the Greeks identified with Zeus. In his official portraits, Alexander would later be depicted with ram horns. Thinking of himself as divine, no doubt also influenced Alexander to believe that he was invincible and inspired him to great feats.

Gods in the Family

The belief that a person had gods and goddesses in the family tree, was common in the period that Alexander lived. It was generally considered in Alexander's case, that he was related to Heracles (a semi god) and Achilles (Hero of the Trojan war). His divine ancestors however, did not make him divine, but his rule of Egypt did. Rulers of Egypt, were considered to be sons of Ammon (Zeus) and it was this relationship, that bestowed divinity.

The ancient world, was one saturated and throbbing with superstition. When Alexander and his men, left Ecbatana (Persia) and made their way to Babylon,  a gaggle of holy men came forward with stories of bad omens and portents of doom, such as: ravens fighting and dropping dead,  a man with a deformed liver being sacrificed in the king's honor, and Alexander's best lion, being kicked to death by a tame donkey. Obviously, the symbolic value of the lion as of king of beasts, foreshadowed dire things for Alexander.

The soothsayers, were right in their reading of ill omens, but Alexander himself died the death of a man. According to Plutarch, Alexander, spent a night and day drinking at a banquet and became feverish and unable to speak. On the  7th of June, 323 BC, Alexander's men were permitted to walk in file past him where he lay and three days later he was dead. 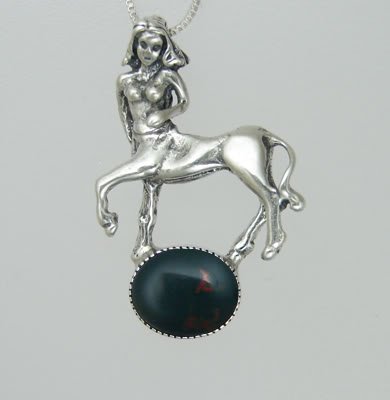