As well as being an avid writer, I am also an enthusiastic gamer, anime fan, movie buff, and love of all things strange. Being as I live with a boyfriend, I am also particularly knowledgeable about cleaning and cooking. You can join me in my adventure of writing for money here at Infobarrel. Sign Up today! Also, I wrote a book! Check out The Guild today!
InfoBarrel is a writing platform for non-fiction, reference-based, informative content. Opinions expressed by InfoBarrel writers are their own.
InfoBarrel > History > Modern History

Alfred Nobel was born into a family of Swedish engineers on October 21, 1833. Through his education, he went on to have knowledge as a chemist, engineer and inventor. Throughout his life, he had created patents for 355 different inventions, many of them were armaments for the military, including gelignite and ballistite. However, his most famous invention was dynamite and the founding of the Nobel prizes. A weapon of destruction of death and a recognition of achievements for peace.

In 1888, after the sudden death of his brother Ludvig, Alfred Nobel sat down to read a French newspaper in his home in Paris. He was shocked to find out that the obituary was not Ludvig's, but his own. The headline read "The Merchant of Death is Dead," going on to state: “Dr. Alfred Nobel, who became rich by finding ways to kill more people faster than ever before, died yesterday.”

As it would on anyone who read their own posthumous reputation, it had a devastating effect on Nobel. He became utterly obsessed with how he would be remembered after his death. Alfred Nobel would officially die eight years later. However, today we do not remember him as the Merchant of Death, but as the father of the Nobel Prize. So how did Alfred Nobel change his stripes in just eight short years?

Reading his own obituary was not the only contributing factor that Alfred Nobel had had the creation of his legacy. Since the beginning of time, riches and fame have been the prime objectives to strive for in what is believed to be a life well lived. After reaching the summit, however, many find themselves looking down at the world and what they have contributed to it. When Alfred Nobel was  43, 20 years before he would die, he saw himself looking down from his summit of riches upon the world.

Though he was affluent, he was a man with very little happiness in his life. He placed a personal ad in the paper, not in want of a wife, but in want of a companion.

This advertisement read: "A very wealthy, highly educated, elderly gentleman, living in Paris, seeks a lady, familiar with languages, also of mature years, as secretary and overseer of his household."[1]

It attracted Austrian pacifist Bertha von Suttner, who along with his premature obituary would be a contributing force to the creation of the Nobel prizes. When Stuttner first arrived, she saw Alfred Nobel, a man living the high life in Paris off the money his inventions made not as a jubilant pillar of society but as a man filled with self-hatred. Nobel had always been uncomfortable with his looks, which is why he had never married and always felt haunted by the deadly inventions he had created for humanity.

Bertha von Stuttner describes her first impression of him in an 1895 letter as,

"a thinker, a poet, a man bitter and good, unhappy and gay, given to superb flights of mind and to malicious suspicions, passionately in love with the far horizons of human thought and profoundly distrustful of the pettiness of human folly, understanding everything and hoping for nothing. So you seemed to me. And 20 years have done nothing to efface this image."[1]

Though she had only spent a week with Nobel before rushing off to be married to Austrian Baron von Stuttner. She remained a lifelong friend and kept near constant correspondence with him. Nobel historians continue to believe she was the inspiration for the Nobel Peace Prize, in which she would win in 1905 for her writings and pacifist contributions to peace throughout Europe. Though not the first person to win the prize, she would be the first woman.

Bertha von Stuttner was believed to be the one to show Alfred Nobel the growing commitment to peace throughout Europe. Her best-selling pacifist book "Lay Down Your Arms!" made her one of the leading figures in the peace movement and was thought to heavily influence Nobel's decision to include the peace prize into his foundation after death.

Shortly after reading the letter from Bertha detailing what she saw when she looked at him, Nobel would edit his last will and testament one final time. In his will, he left 94% of his estate to establish what would be known as the Nobel Prizes. The prizes would recognize and honor those who provided the greatest benefit to mankind in the areas of physics, chemistry, physiology, medicine, literature and working towards the efforts of peace. He was confident that no journalist who wrote his obituary now could question his commitment to peace, progress, and prosperity. They journalist who wrote his obituary before the unveiling of the will and the foundation it created, however, would look extremely silly.

After Nobel's death, the will was unveiled, however it was greeted with a great deal of skepticism, as one could imagine. Why would a man who had spent his life making a fortune off his inventions used for murder, war, and destruction give almost his entire fortune away in an award for peace and science? Though he died on December 10, 1896, the will was not approved until April 26th, 1897, The executors of his will, Ragnar Sohlman and Rudolf Lillhequist, formed the Nobel Foundation to distribute the prizes and care for his fortune. 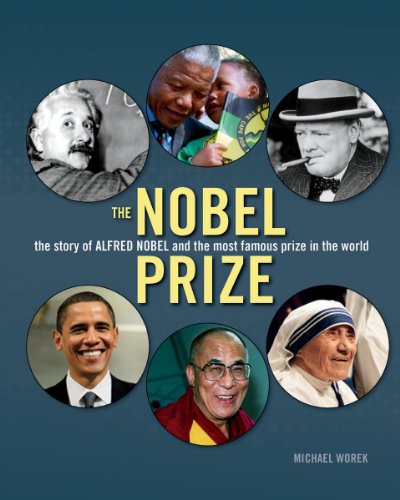 In life, Alfred Nobel had been a man tormented by his both his fortune and what he had created to achieve it. He was a man convinced that he had spread nothing but evil onto the earth and could never change what he had done or the reputation he had earned for it. It was only after he got a premature glimpse at how terribly he would be remember did he set out to change that. While he did not get recognition for his contributions to the worlds of both science and peace in life. He will forever be remembered as the father of the Nobel Peace Prize instead of the gruesome Merchant of Death. This is proof that with enough thought, enough money, or enough action a man can truly change the way they will be remembered.