All About the Cane Toad

The cane toad was introduced into Australia in 1935. Sugar cane farmers in Queensland were having trouble with the native cane beetle (Dermolepida albohirtum) and the Bureau of Sugar Experiment Stations brought in a few of the toads. They found the tropical north of Australia very much to their liking and bred readily and rapidly. Over 102 young toads were released firstly around Cairns, Gordonvale and Innisfail, then around Ingham, Ayr, Mackay and Bundaberg. Concerns about the environment then saw the releases halted but only until September 1936.

Since those early days the cane toad population has exploded and is now estimated at well over 200 million. Local biodiversity has been badly affected and native animal species are hugely threatened by its presence.

The cane toad (Bufo marinus) averages 10 to 15cm in length with the largest recorded specimen measuring 38cm in length and weighed a whopping 2.65kg. It is also known as the Giant Neotropical Toad or Marine Toad. It is a true toad native to Central and South America but now present on various islands as well. Because of its voracious appetite it has been introduced into many areas as a form of pest control in agriculture. However in many of its adopted homelands it is now an invasive species.

It is a prolific breeder with the female laying single-clump spawns which contain thousands of eggs. It is an opportunistic feeder, eating both dead and living material. It is equipped with poison glands behind the head which are highly toxic to most animals if eaten.

Animals which prey on the toad are poisoned and even the tadpoles can be highly toxic if eaten. The populations of Northern Quoll (above) (Dasyurus hallucatus) have been decimated in areas which have been invaded by the toad. Goanna and snake populations have also declined dramatically.

There are some native species which have learnt to avoid the poison when preying on toads and a few which seem impervious to the toxins. The Black Kite (Milvus migrans) has learnt to attack the belly, thus avoiding the poison glands on the back of the head. There is anecdotal evidence to suggest that Dahl's Aquatic Frog (Litoria dahlii) is able to feed on the tadpoles and live young without being affected. 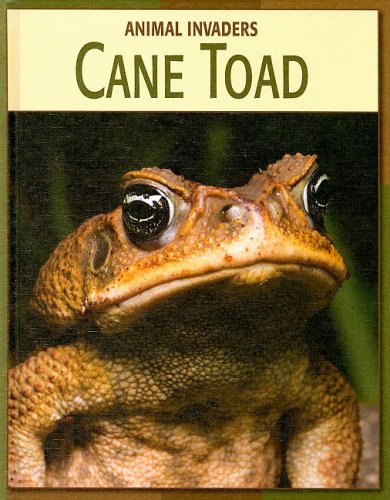 In 2005, ultraviolet light was used to attract moths which are a particular favourite of the toad. The animals would then be trapped and disposed of. But this was a very temporary solution. In 2006, researchers began trying to reverse the sex of the females , the idea being that if the population could be converted to males, the population would die out.

In 2009 the native meat ant was found to be successfully preying on youngsters. The Saw-Shelled Turtle (Myuchelys latisternum), a native freshwater variety which frequents the waterways of the east coast from Cape York Peninsula to northern New South Wales, is also immune to its poison.

The ecological viability of outback areas is fragile and any factors which upset the natural balance are of great concern. 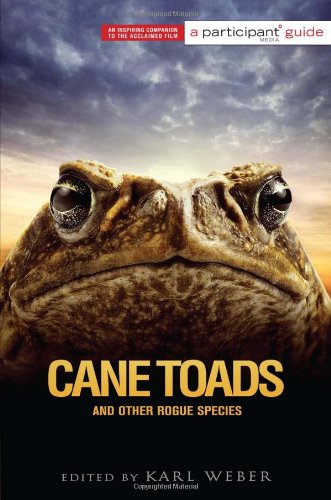 Cane Toads and Other Rogue Species: Participant Second Book Project Amazon Price: $14.95 $0.49 Buy Now(price as of Jul 31, 2016)
This amazing and hilarious documentary explains the rarely-understood dangers of invasive species. Non-native species can have a disastrous effect on native wildlife if introduced without thought into an accommodating environment.

The movement of the cane toad seems inexorable. Despite the best efforts of many groups and volunteers, its advance southwards is inevitable. As it moves into the north of Western Australia, there is now a move to translocate a number of native species to islands off the coast. The islands would not only be free of toads but would also be free of foxes, rabbits and feral cats thus providing an acceptable, if not an ideal, environment for the various species to live and breed.

In their native countries, the cane toad is a significant food source. They are skinned and the internal organs and poison glands removed before cooking. There have been some efforts made to utilise the skins in the production of tourist artefacts. However in general there are few positives associated with the spread of the animal.

UPDATE: On a segment on tonight's ABC TV news (April 15, 2014), conservationists are having some success in deterring goannas from eating the toads. By feeding goannas small toads which cause sickness rather than death, goannas are learning to leave the toads alone. It is hope that this will enable pockets of goannas to survive the onslaught of toads once they appear in an area.