The 1960s began with the election of John F. Kennedy as president.  As he gave his famous speech, stating “Ask not what your country can do for you, ask what you can do for your country,” there was a high degree of optimism.  Although I was just starting seventh grade that year, I remember the time well.  Girls wore skirts or dresses to school, no matter what the weather.  We also wore saddle oxfords and white ankle socks called Bobbie socks.  Little could I imagine how much the world, and my life, would change over the next 10 years.

During that decade many young women who were conservative teens and pre-teens in 1960 became liberal feminists and anti-war demonstrators by 1970, like the young woman shown in the picture below, offering a flower to the military police during a demonstration ... the epitome of "flower power."

Quck link to thousands of Amazon books about the 1960s.

Women's Education in the 1960s

Education for women was primarily based on the idea of making sure we had the necessary skills to efficiently run a household.  In fact, according the Women’s International Center, the school testing that was done in the 1960s showed that the academic achievement of girls was higher in elementary school than it was in high school.  They believe that the cause for the decline in academic achievement was that the girls themselves began to have lower expectations as they got older.  No one expected them to prepare for a future other than getting married and becoming mothers.  My recollections of that period of time would verify this.  My own parents did not feel it was necessary to put aside money to send their daughters to college; only my brother was expected to get a college degree.  Although I managed to get a scholarship, and go to college anyway, it was a time when even young women joked about being there to get a Mrs degree, rather than an Bachelor’s degree!

The times were changing, however. During the 1960s, several new federal laws were passed with the intention of improving the economic status of women. The first one was the Equal Pay Act of 1963, which was intended to see that men and women received equal pay for equal work. Of course, this still does not always happen, nearly 50 years later. The Civil Rights Act of 1964 prohibited discrimination against women if a company had 25 or more employees. As we all know, discrimination in hiring and promotions can be difficult to prove.

Despite the new laws, there were still economic realities that seemed to work against women. For example, many stores would not issue independent credit cards to married women. They could have joint accounts with their husbands, but not separate accounts. Divorced or single women often found it hard to finance a car or house. Even working married women did not have their incomes treated equally when a couple went to apply for a loan. Often, the lender assumed that the woman would not continue to work, and so the bank would not give a couple a mortgage or other loan based on the full value of both salaries. They would only consider the husband's income and, at most, a portion of the wife's salary. There were other ways that women were treated unequally, as well. For example, women prostitutes were prosecuted, although their male customers were allowed to go free. This still happens in many parts of the country.

Social Changes for Women in the 1960s

The 1960s are often referred to as the "counterculture" or the "social revolution," and there were many changes that began in the 1960s that have had a long-lasting impact on women. In 1960, the female birth control contraceptive pill was introduced to the public, with FDA approval. This allowed more young women the opportunity to control their reproduction, which led to an increase in feminism, as well as the number of young women who decided to pursue careers.

Simultaneous with the growing opportunities for women, was the election of President Kennedy and the nearly universal admiration for his young, elegant wife, Jacqueline Kennedy. Many women were torn between wanting to be independent and career-oriented, while also wishing to be elegant stay-at-home mothers like the First Lady.

Fashion began to change, too. In 1963, the bikini became fashionable. In 1964, the Beatles brought a new, shaggy-haired invasion to our shores, and young men began to grow long hair, often exceeding in length the hair of their girlfriends! In the eight years that had passed since I had attended a public school where girls were required to wear knee length skirts, styles had changed dramatically. Bell bottom jeans, tie-dye shirt, batik fabrics, and paisley prints had all become popular, although jeans continued to be forbidden in many public and private elementary and high schools.

The 1960s also was a time when a significant number of young men were being drafted and sent to the Vietnam War, which caused both the men and women in universities across the nation to begin to loudly protest our involvement there. Young people were also interested in supporting civil rights for African Americans and better healthcare for the elderly and the poor. In 1963, Martin Luther King Jr. gave his famous "I Have a Dream" speech, which inspired people of all ages and races. Musicians also began to get involved in national issues by taking political stands in their music; musicians such as Joan Baez, Bob Dylan, Simon & Garfunkel, the Beatles, Jimi Hendrix, and Johnny Cash all began to sing about issues of importance to them.

In 1968, Richard Nixon was elected president. By then, the phrase "women's liberation" was a household term, and people had begun to accept the idea of women speaking out and becoming involved in political and social issues.

By the late 1960s, the era of the hippies had begun. 1967 was known as the Summer of Love in San Francisco, and the infamous Woodstock Festival was held in upstate New York in 1969.

Despite the angry college anti-war demonstrations, the hippy movement, and relaxed standards in some social situations, television remained relatively innocent by today's standards. The most popular TV shows of the 1960s were "The Lucy Show," "I Dream of Jeannie," "The Ed Sullivan Show," "The Adventures of Ozzie and Harriet" and similar sitcoms with idealized relationships and "perfect" families being depicted. The reality of what was happening in real life families, and on the streets of America, was rarely shown, except on the news, when nearly every evening news report began with the grim statistics of how many Americans and how many North Vietnamese had been killed that day. In fact, these daily war reports remain one of my most poignant memories of the 1960s.

Meanwhile, on college campuses, the disenfranchisement felt by many college students and other young adults was leading to the widespread use of LSD, marijuana and other drugs. This was made worse by the number of young men returning from Vietnam, addicted to drugs. Along with the drugs, there was a growing interest in Eastern religions, and many attempts were made to found communes. In these communes, families were often defined much differently than the nuclear family of the 1950s. In the communes, children were often raised by multiple women, and gender roles could often be more rigid and narrowly defined than they were in more traditional homes.

From the days of 1960, and the election of John F. Kennedy, continuing on through the 1960's and the presidency of Richard Nixon, our nation, and the women living in it, had seen drastic changes. Not only were there differences in the way young women dressed, but also in the way they thought about work, careers, college, family, marriage, and motherhood. Opportunities had opened up for these young women that had not even been conceived of when they were in elementary school. However, having so many opportunities also caused some young women to feel frightened, rather than free. In my own experience, however, as someone who was a teenager in the 1960s, this was an exciting and fascinating time to be a young woman.

(Sources for dates and other factual historic information: Wikipedia and the Women's International Center)

Read More about the Optimism and Anger of the 1960s 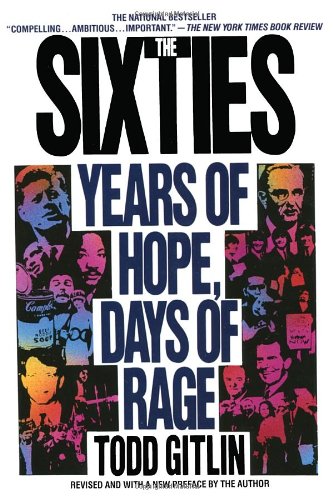