The 1990s and The Women Who Influenced Us

During the 1990s, the predominant American political leader was President Bill Clinton, who was charismatic and popular. Despite the fact that equal rights and other feminist issues had been gaining momentum for decades in the United States, First Lady Hillary Clinton was widely criticized for taking on too large a role in the Clinton White House. Although Americans had made some strides, we still preferred to have a man, even a man who was a well-known womanizer, firmly in control of our government. The backlash against Hillary Clinton was not confined just to men; many women were also uncomfortable with a First Lady who had an office in the West Wing.

While women were justifiably proud of their accomplishments in business, they still met resistance from men and, sometimes, from other women.

Feminism and Politics in the 1990s

The role of women in politics was changing in other countries, too. Margaret Thatcher, who had been the Prime Minister of Great Britain throughout the 1980s, resigned in late 1990, ending an era in which young women saw her as an example of how a strong woman could successfully lead a major Western nation. Although women had made great strides in their self confidence in the 1980s, they almost seemed to be taking a step back at the beginning of the 1990s.

However, this trend did not last for long. Feminism continued to grow in strength once again. When Supreme Court nominee Clarence Thomas was nominated, several women, including Anita Hill, came forward and testified about how they had been sexually harassed by him in the past. This gave other women the courage to speak out against the sexual harassment they had experienced in the workplace. As a result, many women realized they no longer had to suffer in silence while their male coworkers told obscene jokes or made suggestive remarks to them.

More women began to be elected to higher office in the United States, and 1992 was labeled the Year of the Woman, as a result. By the end of the decade, attitudes had even changed towards former First Lady Hillary Rodham Clinton. She was elected to the Senate, which was the first time any First Lady had continued to be so active in politics after her husband's term of office had ended. (As you may know, in the next decade, she ran for the presidency herself. Although she lost, she was appointed to the office of Secretary of State, a position never before held by a former First Lady.)

Under President Bill Clinton, the First Lady was not his only important woman advisor. During the time he was in office, he also appointed Madeleine Albright as Secretary of State, and Janet Reno as the United States Attorney General. Sheila Widnall became Secretary of the Air Force, and Ruth Bader Ginsburg joined Sandra Day O'Connor as the second woman to be on the U.S. Supreme Court. Women were becoming significantly more visible in American politics.

(Quick link to books about the history of women in America from Amazon.)

Changing Society in the 1990s

In the United States, the stock market showed a decade of rising stock prices, and our economy continued to expand. Personal incomes doubled during the decade, and many families continued to be on an exuberant spending spree. In 1991, the Soviet Union ceased to exist. Consequently, after the fall of communism in Eastern Europe, many European countries also saw healthy economic growth rates. The standard of living for many women, and their families, improved significantly.

Another phenomenon was beginning to affect people around the world. Computers had become more common in the 1980s, but during the 1990s the internet made possible communications that seemed had impossible in the past. E-mail became popular, as well as instant messaging. More people were able to work from home, sometimes working for large corporations, and sometimes running small businesses on their own. This opened doors for many stay-at-home moms who could now be accessible to their children, while earning extra income from their home offices. The new technology age also proved uncomfortable for some older women. When I became a Realtor in 1990, the MLS information was still printed out in books published every two weeks. Within three years, the books were abolished in favor of having the MLS constantly updated and available through the internet. Nearly all the Realtors who were over the age of 50 in my office left the business, too uncomfortable with the idea of learning this new way of communicating and doing business.

Movies, Television and Music in the 1990s

Although women seemed to have made strides in Hollywood during the 1980s, they seemed to lose ground in the 1990s. In the theatres, most of the leading roles continued to be played by men in movies such as "Dances with Wolves," and "Braveheart." However, a few women were able to land leading roles in movies like "Twister," and "Pretty Woman." Although "Twister" portrayed a woman scientist, "Pretty Woman" was the classic Cinderella story in which a poor girl has her life transformed by a rich, successful man. Only rarely did you see blockbuster movies in which the woman rose to power and reached acclaim and success as a result of her own efforts. The most popular television shows were sitcoms, including "Roseanne" and "Friends."

Mariah Carey became the biggest female music artist of the decade. Other popular female recording artists included Spice Girls, Britney Spears, and Christina Aguilera. Some male performers were criticized by the National Organization for Women because their music appeared to advocate violence against women. In particular, they objected to the lyrics of the song, "Smack My Bitch Up," by the Prodigy. In the video, a person was depicted abusing women and picking up a prostitute. Many women were vocal in their objections to this type of music, and the negative ideas it might give young men.

Greater Opportunities for Young Women in the 1990s

Despite some setbacks, feminism was alive and well during the 1990s. "You go, girl" was a popular expression during the decade. People also talked about Girl Power, and the importance of encouraging young women to reach their potential.

Two of our daughters were in high school and college during the 1990s, and their college experience was significantly different than mine had been when I went to college in the 1960s. While I was discouraged from taking any business courses other than secretarial ones, my daughters and their friends were encouraged to take classes in accounting, marketing, and related subjects. Also, unlike my college experience in the 1960s, most of my daughters' friends received a higher education of some type. As this new generation of young women graduated from college, many of them began successful careers in finance and business, fields that had previously been almost exclusively male. As the 20th Century ended, it was obvious that women had made enormous strides towards equality, although not all of their goals had been achieved.

(Sources of dates and other factual information: Wikipedia and theWomen's International Center)

Want to Read More about Women in America? 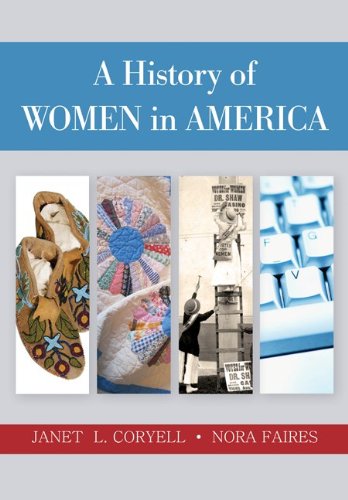 A History of Women in America Amazon Price: $52.94 Buy Now(price as of Nov 10, 2016)
Here's a fascinating book to help you learn more about how women have contributed to American history.

A Very Affordable Look at the History of Women in America 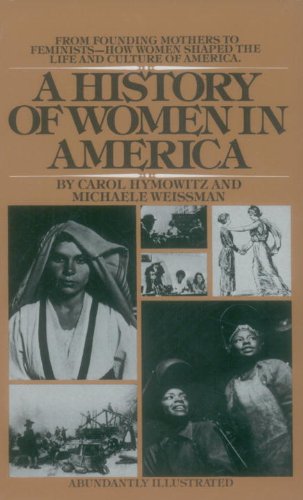 A History of Women in America: From Founding Mothers to Feminists-How Women Shaped the Life and Culture of America Amazon Price: Buy Now(price as of Nov 10, 2016)
While the above book is incredible, this one is a much more affordable selection.
Next >> The Mystery of Harold Holt