The precise origins of the Maine Coon are a mystery. A number of legends have become popular that supposedly explain the breed's beginnings. One of the origin stories involves Marie Antoinette sending pet cats of hers to America in anticipation of an escape from France.[1] As the story goes, though Marie Antoinette didn't make it to America, her cats did. The felines in question would supposedly arrive in Maine, where they would become the ancestors of today's breed. Other theories include modern Maine Coons being descended from cats brought to what is now America by Norsemen. A major factor in this theory is that Maine Coons tend to share striking resemblances with Norwegian Forest Cats.

The first recorded mention of the breed was in the 19th century. Later, Maine Coons would become frequent entries in cat shows. There would be a severe decline in the popularity of the breed in the early 20th century. So much so, that they were mistakenly declared extinct at one point. Happily, they would make a massive comeback. Maine Coons would eventually become the third-highest registered breed with the Cat Fanciers Association.[2]

The Maine Coon has widely been considered the biggest domestic cat breed in the world. Often, they don't reach full size until they're five years of age. Some can weigh upwards of twenty pounds and can top out at a height of sixteen inches.

Maine Coons are known to have soft fur coats that shed during warm weather and grow thicker during colder weather. They tend to have long and bushy tails and large paws. Additionally, they can be found in a wide variety of colors and patterns, with brown tabby generally considered to be the most common. Though the feature is not exclusive to the breed, the fur pattern on many of them include a shape similar to an 'M' on their foreheads.[4] Gold, green and copper are common eye colors. Blue and odd-eyes (a different color in each eye) are less common, but are much more frequent with Maine Coons with white fur than those with other fur patterns and/or colors.

Maine Coons are often very social and tend to get along well with other animals and children. Sometimes described as 'dog-like', they can also be willing to play fetch and be walked with a leash. In addition, they are often less intimidated by water than other cats. The breed has also been described as being curious and highly intelligent and can be very vocal.

Particular health concerns involving Maine Coons include problems with their hearts, kidneys, hips and backs. The breed has also been known to be susceptible to severe periodontal disease.[5] Periodontal disease can spread beyond the area of the mouth and cause major problems in bones and organs in other parts of the body. Their long fur can also increase the likelihood of hairballs.

Maine Coons should not be fed food with large amounts of soy or grains. Food that is low in calories may also be necessary. 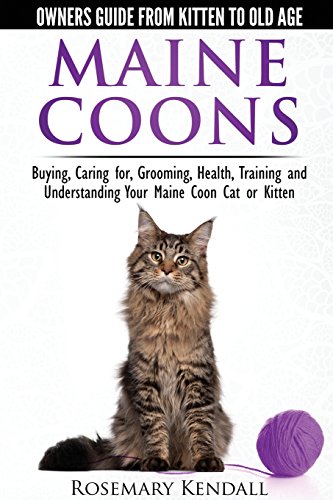 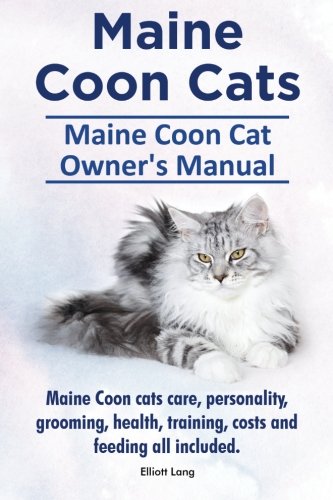 The Pixie-bob Cat: A Fascinating Breed and Great Pet