America's Own Horse Breeds - The Appaloosa

One of America's indigenous horses is the attractive Appaloosa. Spotted horses have existed for many thousands of years. Paintings from the caves of the Lascaux and Peche Merle regions of France show spotted horses, Egyptian, Greek and Scythian artefacts show spotted horses as do tapestries and paintings of the early Lipizzaners.

Two existing breeds which have spotted animals are the Danish Knabstrupper and the Austrian Pinzgauer. The Knabstrupper has the same genes for colour as the Appaloosa.

The name comes from a corruption of Palouse. The Palouse, Clearwater and Snake Rivers were the principal horse-breeding regions of the Nez Perce American Indians. 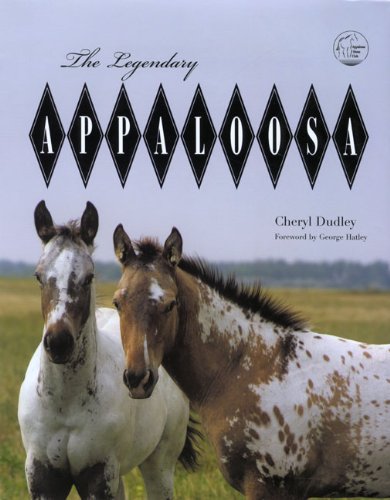 The first spotted horses were taken to America in the 16th century by the Spanish Conquistadors. Some became the foundation stock of the Nez Perce Indians who bred selectively for quality and type. The Roman or convex nose was bred out and attention paid to breeding good, strong legs.

Their kind temperament, colour and stamina remained and the today's Appaloosa is tough, versatile and colourful.

When the Nez Perce refused to be herded onto reservations but were eventually forced to surrender, their herds were scattered and decimated almost to the point of extinction.

In an effort to save the breed, the Appaloosa Horse Club was formed in Idaho in 1938. This would become the third largest breed registry within fifty years. Nowadays the Appaloosa flourishes throughout the world with over 20 countries having affiliate clubs and registries. 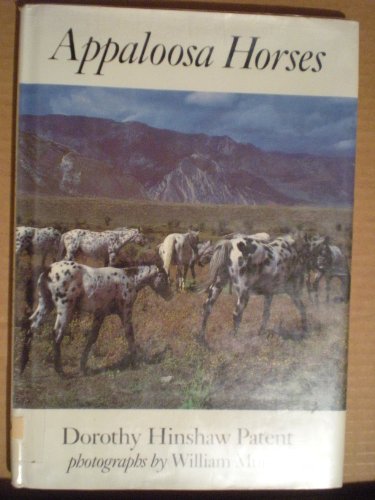 Appaloosa Horses Amazon Price: $70.91 Buy Now(price as of May 20, 2016)
This is a comprehensive book on this beautiful spotted breed.

There are five main coat patterns.* Frost has white specks on a dark background* Marble has a mottled pattern all over the body* Blanket has spots on the hip and rump (blanket appaloosa)* Snowcap has widespread spotting but generally concentrated on the rump* Leopard has most or all of the body being white with dark egg-shaped spots.

There are four distinct characteristics which point to a horse being of Appaloosa breeding. The coat pattern is one. There should also be mottled skin particularly around the muzzle and the genitalia, the area surrounding the iris of the eye (the sclera) should be white and there should be vertical black and white stripes on the hooves. The spots on the skin can be felt as raised areas. The gene determining the coat pattern is dominant so even Appaloosas which do not exhibit a coat pattern (are solid coloured) can produce a spotted foal.

Most Appaloosa are between 14.2hh and 15.2hh. It is a willing horse, a genuine all-rounder with generally an honest temperament. They excel at most horse sports and their conformation may vary slightly according to the purpose for which they have been bred. Most are solid and compact. The legs are straight and correct, the shoulder sloping and the backs short and strong. Many have a fine but sparse mane and tail (called a rat-tail). The feet are hard-wearing. 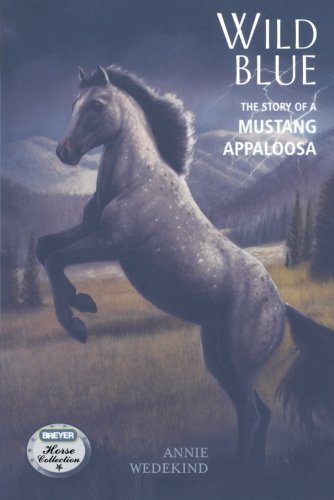 Like the Quarter horse, the Appaloosa has a few inherited problems such as night blindness and hyperkaelimic periodic paralysis (HYPP). Elevated potassium levels in the muscles cause muscle twitching and weakness and even, in severe cases, collapse. Skin cancer can also be a problem with pink skin round the muzzle, eyes and ears particularly susceptible.

Appaloosas are a good choice for novice or young riders. There is even a smaller version, the Pony of the Americas (POA), which has a fine reputation as a mount for smaller children.

The Appaloosa has many fans and a well-coloured Appy will attract attention wherever he goes. In 1975, Idaho appointed the Appaloosa as its 'Official State Horse'.