Its main heritage is from the Iberian horse, a genetic base similar to that of the Paso Fino, Peruvian Paso and Criollo. North African Barb, Spanish Sorraia and Spanish Jennet (gaited) were part of the early mix and today the Florida Cracker is a gaited breed. Natural selection ensured a tough horse, well adapted to the harsh conditions of its native area.

The cowboys of the day were called 'crackers' because of their distinctive use of stockwhips and the name transferred to their horses and to the cattle of the day.

The breed has a number of other names including Chickasaw, Seminole or Prairie pony, Florida horse or cow pony and Grass Gut. The breed was important in the life of the Seminole Indians, being fast and agile with great stamina.

During 1930-1940 (the Dust Bowl era) large western cattle were moved into the area. With them they brought the parasitic screwworm. This necessitated constant treatment of the cattle and the Florida Cracker, although perfectly competent with the smaller local cattle, was not solid and heavy enough to hold the larger cattle. They were gradually replaced by the Quarter horse and soon became almost extinct. 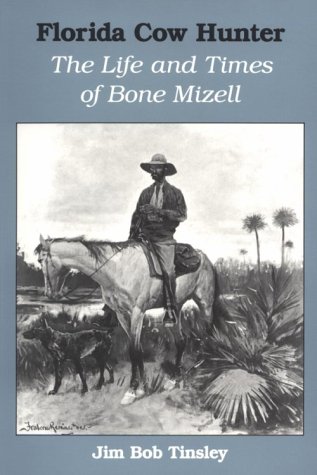 Florida Cow Hunter: The Life and Times of Bone Mizell Amazon Price: $16.95 $11.03 Buy Now(price as of Apr 6, 2016)
Although this book deals mostly with Bone Mizell, there is much information about the history and development of the cracker cowboy, his horse and the cattle they worked.

Luckily a few breeders continued with the Cracker horses and in 1984, John Law Ayers donated his pure-bred herd to the state. Three small herds were started with these horses but numbers were still very low. In 1989 the Florida Cracker Horse Association was formed with the mandate of seeking out any remaining of the breed. In 1991 a registry for the breed was created. Foundation stock were blood typed and since then, stringent application of the rules has meant that the breed today is very consistent. By 2009, some 900 horses were registered with the Association.

The breed is still small, ranging from 13.2hh to 15 hands and weighing between 750 to 1,000 pounds. They come in all horse colours, although solid colours and greys are most common. The head is refined with a straight or slightly concave profile. They have an alert expression and the dark eyes have a white, blue or grey sclera. The neck is fairly narrow and without an excessive crest. The chest is medium to narrow in width. 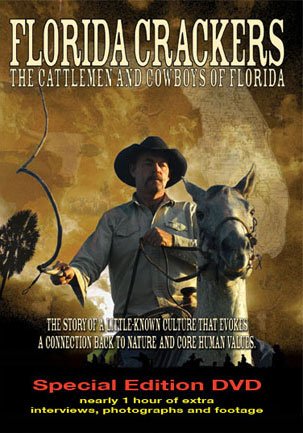 Florida Crackers: The Cattlemen and Cowboys of Florida DVD Amazon Price: $17.95 Buy Now(price as of Apr 6, 2016)
This documentary details the culture and lifestyle of the Florida cracker cowboys.

The narrow back is short and strong and the short croup slopes to the tail which is set medium low.

It is a gaited horse and as well as the usual walk, trot and canter, they also exhibit the running walk and amble. Both these paces are fast and comfortable to ride.

This breed excels at trail and endurance riding and are willing mounts. They have always been used for working cattle and are seen at rodeos in such competitions as team roping and penning.

In 2008, the Florida Cracker was declared the official state horse of Florida.

Today the population of the breed is still at a critical level according to both the American Livestock Breed Conservancy and the Equus Survival Trust.