The Tennessee Walking Horse is one of North America's native breeds. Like other Deep South breeds, it was originally developed to be a dependable and comfortable ride for plantation owners who would spend the greater part of their day in the saddle overseeing their extensive farms. They were sometimes known as Plantation horses or 'turn row' horses as they were expected to go up and down the rows of plants.

Like the Morgan, the Tennessee Walking horse stems from a single stallion, a Standardbred known as Black Allan. Foaled in 1886, he was discarded as a harness horse because of his strange action and taken to Tennessee. Like Figure, the founder of the Morgan, Black Allan was highly prepotent. He passed on his type and his walk to all his offspring. Black Allan was from a trotting stallion out of a Morgan mare. Later infusions of of Narragansett Pacer, Saddlebred, Thoroughbred and Canadian Pacer were added.

While the breed cannot compete with the five gaits of the American Saddlebred, he has two gaits of his own – the flat walk and the running walk. These gaits are natural to the breed and can be seen in foals. The walk is regular and loose with the hindquarters supplying the impulsion and driving the horse onwards. While the running walk is a faster gait, the regularity should still be strongly evident. The head will bob in rhythm as each hoof hits the ground. The paces are fluid and gliding with the rider able to sit motionless. At the running walk, the horse normally reaches speeds of 9.5 to 13 km/h but in the show, speeds much faster are seen. However, the risk of overreach becomes much greater at the faster speeds. For show purposes, the muscles under the tail are nicked and the tail 'set' in an exaggerated, upright position.

He has a rocking chair canter. The motion is high and rolling with a distinct head action and the chin tucked in.

The breed ranges from 15hh to 16hh and has a rather large, plain head. The profile may be straight or convex. The eyes are distinctive with (often) wrinkled and sloping. The neck is strong and arched and the back short.

The body is powerful with a broad chest and strong quarters. The limbs are clean and hard and the withers are not particularly defined. The temperament is docile and relaxed. Black and solid colours are most popular but all colours are permissible. Although not as elegant as the Saddlebred, his gentle disposition and comfortable ride make him popular with the beginner the nervous and the elderly. It is also popular as a harness horse and for endurance riding as it has been bred to go all day. 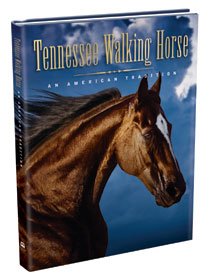 There is much controversy about the methods used to create show-horses. The muscles under the dock are nicked and tail 'set'. The feet are allowed to grow excessively and may be shod with stacks and/or heavy shoes to encourage an extreme, high action. Invasive methods are used to encourage the extreme action required of top show horses. Soring of the legs with chemicals, training with chains on the legs, blinders on the head and other practices will be covered in a separate article. 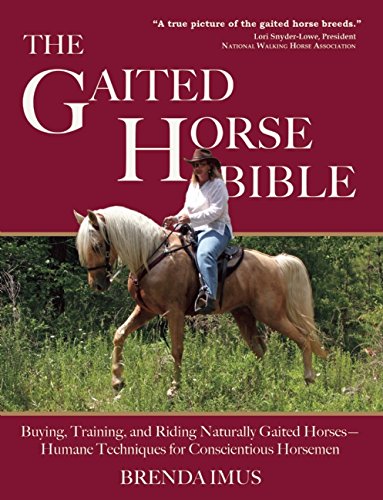 The Gaited Horse Bible: Buying, Training, and Riding Naturally Gaited Horses--Humane Techniques for the Conscientious Horseman Amazon Price: $29.95 $17.47 Buy Now(price as of Oct 10, 2016)
This is a comprehensive instructional manual of how to train any kind of gaited horse. All aspects of the discipline are covered in this book.
Next >> Zika: The Warnings About Wolbachia and Culex Our Health Authorities are Ignoring