Prior to official American involvement in World War II, Timely Comics (later to become Marvel Comics) writer/artist Joe Simon and Fox Feature Syndicate artist Jack Kirby collaborated to form a new, patriotic superhero. The character would be called Captain America and be dressed in a costume and carry an almost-unbreakable shield based on the American flag. Not long after, Kirby joined Timely, where Simon had become editor.

The first issue featuring Captain America debuted nearly a fully year before the United States formally entered World War II. The cover featured the title character punching Adolf Hitler. Most people seemed to appreciate the statement of the cover, and Simon and Kirby were personally contacted by Fiorello La Guardia, then the Mayor of New York City, in support. La Guardia also assigned them police protection in response to menacing protesters.

Their superhero's real name was Steve Rogers. Steve was the orphaned son of Irish immigrants and he also suffered from poor health. He has been portrayed as a regular church attendee who promotes fairness and anti-discrimination. Steve repeatedly tries to join the military, but is denied because of his health problems. Eventually he was offered the chance to take part in an experiment that turns him into a near-perfect soldier.

Captain America was among the most successful comic book characters during the period of World War II.[1] The character was discontinued in 1950 before briefly being revived a few years later in the midst of the Cold War. He would be brought back for good in the 1960s. The explanation of his absence in the stories for his 1960s return was that he was frozen in suspended animation in an ocean.

The captain's original sidekick was Bucky Barnes. Initially a teen that hangs around the Army camp Steve is based at, he later became the more villainous Winter Soldier before briefly assuming the 'Captain America' title. Steve later is joined by Falcon, whose real name is Sam Wilson and was Marvel's first African-American superhero. Sam Wilson also eventually becomes a different version of Captain America. Another ally is Black Widow, sometimes known as Natasha Romanoff, who was initially introduced as an enemy of Marvel's Iron Man. Despite the group's name, Captain America would eventually joined Marvel's Avengers, as would Black Widow and Falcon. In the past, he had been a member of Timely's superhero group known as the All-Winners Squad.

Perhaps the most noted adversary of the captain is the Red Skull, a scientist and confidant of Hitler. Other major recurring villains include additional Nazi scientists Baron Zemo and Arnim Zola and a Nazi henchman known as Crossbones.

Arguably the most famous storylines for the character were Civil War, in which many of Marvel's superheroes were pitted against each other over a government program, and its follow-up, The Death of Captain America. As part of the DC vs. Marvel series, a cross-over between Marvel and its main rival DC Comics, the captain would be matched against Batman. In the two companies' joint project, Amalgam Comics, he was merged along with DC's Superman to create 'Super-Soldier'. In 2016, intense controversy was sparked after the introduction of plot involving Steve Rogers as an enemy double-agent.

Captain America has been part of numerous animated adaptations, both movies and television. In 1966, he was part of The Marvel Super Heroes, an animated series that aired in the United States in syndication.

In 1944, Republic Pictures released a movie serial based on the character. This adaptation would be very different from its comic book inspiration. Instead of a soldier named Steve Rogers, the Captain America of these movies was a district attorney named Grant Gardner played by Dick Purcell.

CBS aired two movies featuring the character in 1979, Captain America and Captain America II: Death Too Soon. Both movie featured Reb Brown as the title character and the second, which aired over two nights, included a villain portrayed by Christopher Lee.

The European movie studio Jadran Film would produce an adaptation that featured Matt Salinger, Scott Paulin, Ronny Cox, Ned Beatty, Darren McGavin and Michael Nouri. Simply titled Captain America, the movie received a direct-to-video release in the United States in 1992. It had previously been theatrically released internationally in 1990. Reviews of the project have been overwhelmingly negative.[2]

Distributed by Paramount Pictures, Captain America: The First Avenger was released in 2011 as part of the Marvel Cinematic Universe to financial and critical success. The director, Joe Johnston, was experienced with the genre of World War II era comic book adaptations, having previously directed 1991's The Rocketeer. Chris Evans, familiar to Marvel audiences from having played the Human Torch in the 2005's Fantastic Four and its 2007 sequel Fantastic Four: Rise of the Silver Surfer, was cast in the lead role. Sebastian Stan portrayed Bucky Barnes, and Hugo Weaving and Toby Jones would play villains Red Skull and Arnim Zola. Other cast members include Tommy Lee Jones, Hayley Atwell, Dominic Cooper, Neal McDonough and Stanley Tucci.

Captain America would be prominently featured in The Avengers, released in the following year and directed by Joss Whedon. The movie also finally teamed him in the franchise with Black Widow. Having made her debut in the movies in 2010's Iron Man 2, Black Widow was portrayed by Scarlett Johansson, a close friend of Chris Evans and a previous co-star of his in The Perfect Score and The Nanny Diaries. The Avengers would be a critical and commercial blockbuster, becoming the highest-grossing release of 2012 and the third-highest grossing release movie in history at the time, and receiving Academy Award and BAFTA Award nominations for its visual effects.

After a brief appearance by Evans in 2013's Thor: The Dark World, Captain America: The Winter Soldier was released in 2014. Both were distributed by Walt Disney Studios Motion Pictures. Captain America: The Winter Soldier was co-directed by brothers Joe and Anthony Russo and featured a plot similar to that of a political thriller. The installment featured the franchise's introduction of versions of Falcon and Crossbones. New cast members included Anthony Mackie, Frank Grillo, Emily VanCamp and Robert Redford. The movie received major critical acclaim and was also commercial success, becoming the fourth-highest grossing release of 2014 for the domestic box office and the seventh-highest worldwide.[3] It was also nominated for an Academy Award for Best Visual Effects and its storyline would have an enormous impact on the ABC series Agents of S.H.I.E.L.D.. Additionally, in 2015 ABC would begin airing Agent Carter, starring Hayley Atwell as Peggy Carter, the character she began portraying for Captain America: The First Avenger.

Evans, Johansson, Mackie and Atwell would all appear in 2015's Avengers: Age of Ultron. The movie would achieve a number of financial feats, including third-highest grossing release for the year domestically, fourth-highest worldwide and the fifth-highest ever at the time. While critical reviews were largely positive, many Marvel fans were disappointed.

Captain America: Civil War, which had been previewed following the credits of 2015's Ant-Man, was released in 2016. Receiving mass critical acclaim, it quickly became one of the top grossing movies of all-time. The installment was loosely-based Civil War plot of the comics and introduced a character based on Baron Zemo, portrayed by Daniel Bruhl. 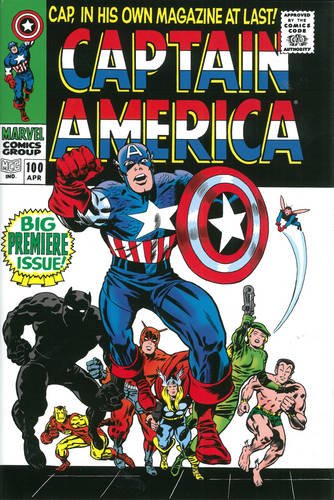 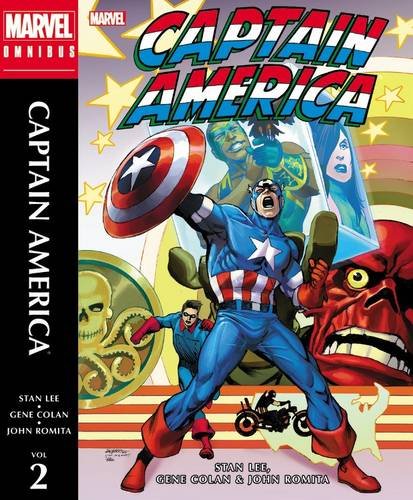