The weather was slightly cool and a tad bit breezy on the evening of May 31, 2014. I was glad I brought a sweatshirt to the Hollywood Bowl (an outdoor venue in Southern California). Although not yet officially summer, we were well past the low, low temperatures of winter (well, what this Cali girl considers low, anyway).

Enjoying the weather alongside me was one of the most diverse concert audiences I'd seen in a long time. There were parents with children, "tweens" and teens (many of them wearing fedoras, obviously paying homage to the evening's star). There were also 20 and 30-somethings, older folks (looking like cool grandparents) and lots of baby boomers. In addition to the age span, there were several different nationalities all sitting happily next to each other on the bench seating or in the more expensive box seats. It was the perfect evening to attend the "Moonshine Jungle Tour."

The opening act of Pharrell Williams had just ended, and we were eagerly awaiting the headliner Bruno Mars. I'd been anticipating this night ever since my family surprised me with

The excitement continued to build as we sat in our seats patiently waiting for the second half of the show to begin.  As I chatted excitedly with my family, I could hear various voices from audience members. The sound reverberated like the buzzing of a bustling beehive. Every now and again someone would howl with rambunctious laughter (probably aided by libations). But all conversations and laughter immediately turned into boisterous cheers and vigorous clapping as the band took the stage.

I felt as though I were transported back to being a 15-year-old girl clapping, jumping up and down and shouting. I cheered loudly along with the rest of the folks as the star of the evening walked onto the stage. Dressed in tight black jeans and vest, red bandana scarf and a black hat, reminiscent of the one worn by the lead character in the movie Billy Jack, Bruno Mars resembled a puffed up gaucho. But the star turned out to be a bashful buckaroo and appeared to be genuinely humbled by the cheering crowd.

Large LED screens on both sides of the stage captured a close-up of Mars as he looked out into the crowd. His smiling face resembled the Cheshire Cat from Alice in Wonderland. The singer's coy demeanor quickly changed to bold as he got the evening started with "Moonshine," the tour signature song from his "Unorthodox Jukebox" CD.

Strobe lights in various colors flashed across the arena intensifying the excitement of the crowd. Mars belted out hit after hit, singing all his famous tunes in a raspy soprano tone.

His pitch was flawless, and he never missed a beat as he briskly danced with precision around the stage. His moves were captivating. The diminutive entertainer appeared to be channeling the likes of James Brown and Michael Jackson. I was amazed at the level of energy; Mars moved with ease from one side of the large stage to the other. He performed many dances, such as the mashed potato, moonwalk, shuffle, running man and others.

His backup singers, and band dubbed "The Hooligans," danced along in unison, never missing a beat. I imagined these fellows must have completed umpteen hours of rehearsal to be that good. I also appreciated the work ethic and professionalism displayed in the performance; it was well worth the price of admission.

One of my favorite songs from the Unorthodox Jukebox CD is "Treasure," so you can imagine my excitement when the band began to play the familiar tune. As the music started, various colored stage lights flashed instantaneously across the stage and into the audience. A large disco ball resembling an enormous glittering planet appeared seemingly out of midair. It hung in the center of the stage during the song rotating and beaming rays of various colored lights. There was a meteor shower of flashing camera lights and cheers were thunderous. The crowd was ecstatic as Mars performed in unison with his backup singers/musicians.

The singer belted out his popular tune; "Gimme your, gimme your, gimme your attention, baby! . . . 'cause you're fine, so fine . . .  and you’re mine all mine . . . treasure, that is what you are . . ." At one point during the piece the band slowed down the tempo and Mars stood close together with his group, in a cluster of dancers. They all moved in the same manner, swaying back and forth, turning to the left and then to the right. They were all in sync with the music as Mars crooned; "I said, let me treasure you all night, baby!"

This is How Mars Does It

The excitement level went through the roof midway during the performance as Mars, and his band performed popular songs by other artists. "Rockers" in attendance were delighted to hear Mars' version of the famous rock song, "Whole Lotta Love."  Flashing lights beamed brightly around the stage and out to the crowd in co

Credit: DebW07/IntrospectivePics.njunction with the beat of the memorable Led Zeppelin tune.

Next, the group transitioned seamlessly to the R&B genre with the Bobby Brown hit "Poison." Whooping and hollering could be heard throughout the venue. But the cheers reached a fever pitch, and people were bobbing their heads when the group played "This is How We Do It" by Montell  Jordan.  It seemed as though everyone was waving their hands in the air while singing the familiar chorus, "This is how we do it!"

The group performed another Bobby Brown tune, "Every Little Step I Take," as they danced with moves reminiscent of Brown and his 80's group New Edition. But my favorite song of the set was the one the group saved for the last. Bruno Mars had the perfect sound and all the right moves when he performed Michael Jackson's hit "Rock with You," from the famous "Off The Wall" album.

I sang along with Mars as loud as I could (sorry to the people around me). I got caught up in the nostalgia, and in my mind, I was back in 1979 dancing and singing with my best friends. 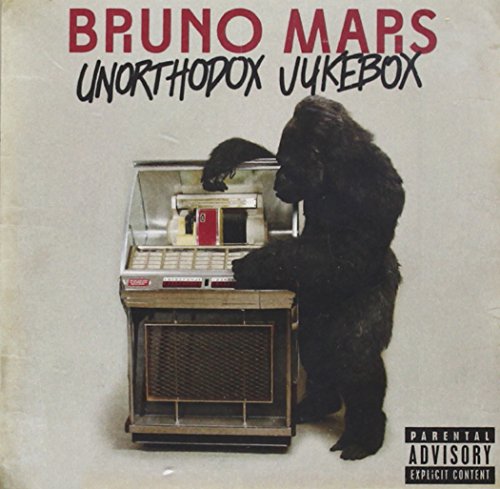 As fun as that concert was, there was a negative side to it. Whatever fuels a person's need to use profanity, whether immaturity or insecurity, the result is always the same -- noise pollution. For me, hearing foul language is akin to nails on a chalkboard. It's unnecessary, but, unfortunately, there are a lot of nails scratching a lot of chalkboards.

I was disappointed that Mars felt it appropriate to use foul language during the concert. Although not excessive, it was still bothersome. At times, the offensive words were in the songs, and at other times, Mars used inappropriate words while address the audience. While I understand many of his songs contain these words, I also know there are versions produced for people who prefer not to listen to profanity. I felt Mars should have performed the "clean" versions of his songs.

Artists should remember there all types of people at their concerts, including children. Using inappropriate language is just inappropriate. Note; profanity doesn’t make anyone "cool," it just makes them appear desperate to be cool. Had it not been for the language, the evening would have been a real "treasure."

A change in the beat of the music was the precursor that signaled the conclusion of the concert.  Mars changed the rhythmic tone from fast and rowdy to slow and romantic. The ambiance of the concert went from frenzied cheers to appreciative applause as Mars sang his sentimental ballad, "When I Was Your Man." The singer maintained the tender mood with his performances of "Grenade" and "Just The Way You Are."

The lights dimmed, and the crowd cheered as Bruno Mars and his Hooligans bid the audience goodnight. Everyone sat still as the group left, and the stage lights went dark. The steady murmur throughout the audience immediately erupted into excited howls as large strobe lights flashed in conjunction with the song "Locked Out of Heaven."

Mars and his group returned to the stage with the energy and intensity they had at the beginning of the performance. Once again, the fans went wild. The final song captured the mood of the entire evening -- fun and energetic. The evening at the Hollywood Bowl with Bruno Mars and The Hooligans was certainly a night to remember.