Cory is an employee benefits consultant for Employee Benefit Strategies Group.  EBSG is based in Plano, TX and provides group benefits consulting and broker services for medical, dental, life, disability, and other ancillary benefits.
InfoBarrel is a writing platform for non-fiction, reference-based, informative content. Opinions expressed by InfoBarrel writers are their own.
InfoBarrel > Business & Money > Insurance

Group Medical Insurance Underwriting
Group medical insurance is what most people have through their employers.  Instead of shopping for insurance individually, a group of like employees (in our case, the insured all have the same employer) purchase insurance together.  The law of large numbers helps to stabilize the cost of the insurance.
Law of Large Numbers
The law of large numbers states that as the number of samples in a population increases, the results of a statistical experiment on that sample become more and more valid.  In this case, the past claims loss history of a group of 100 employees is a more valid predictor of future results than the claims loss history of a group of 10.  The history of a group of 1,000 employees is more valid that the group of 100, and so forth.  In insurance, the validity of past claims performance is called credibility.  For this article we are going to assume that a group is fully credible, which means that the group's claims are looked at as a whole, and the individual health of each employee is not a factor.
Calculate Past Losses
Underwriters use past claims loss experience to predict future losses.  Therefore, the first step of medical insurance underwriting is to look at the most recent 12 months of claims data to calculate a baseline medical claims cost.  Lets use the following table as an example.

The reason there are 14 months listed instead of 12 is that when you are underwriting medical claims, you want to lag the medical plan enrollment 2 months behind the months used to sum paid claims.  This is because on average, a medical claim is paid approximately 6 weeks after the medical service is rendered.  So, for the purposes of medical insurance underwriting, we assume that the covered employees from May 2010 - April 2011 were responsible for medical claims paid from July 2010 - June 2011.  Of course, this isn't entirely accurate, but it is a reasonable, industry-accepted assumption.

This $492.07 PEPM becomes our baseline number as we begin to move forward.  Now that we have the baseline PEPM how do we calculate the projected 2012 PEPM?  Two concepts must be utilized, trend and midpoint months.

Trend can be a complex idea, but basically it is the expected rise in the cost of medical services provided.  Trend is expressed as an annual percentage increase.  For our example, we will assume that the annual trend is 10%, i.e. a medical service that costs $100 today will cost $110 one year from now.

Claims history: Since our goal is to determine the claims incurred in 2012, we will use the enrollment time frame since that is when we are assuming our historical claims were incurred.  The midpoint of May 1, 2010 - April 30, 2011 is around November 1, 2010.

Between November 1, 2010 and July 1, 2012, 20 months will have passed by.  Therefore, we want to apply 20 months of the annual trend to determine the effective trend for our medical insurance underwriting.

This part gets very mathy, but in order to calculate an annual trend of 10% for 20 months, the formula looks like this:

So we will need to calculate our baseline PEPM by 1.172 to determine the projected 2012 incurred PEPM.

The medical insurance underwriting presented here is very basic.  There are several variables that can cause adjustments to be made in the claims projection. 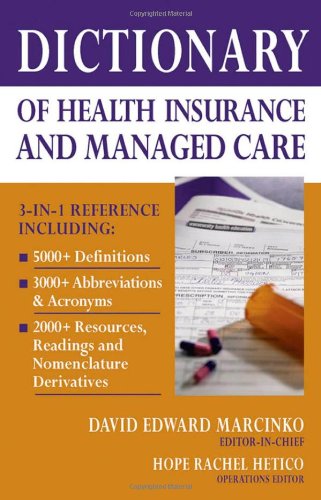