Having been raised on a diet of martial arts drama series set in ancient China, Jonathan has always been fascinated with the beautiful scenary, architecture and costumes that represented pre-modern China. Fortunately, some of that still exists in the small hamlets and towns scattered throughout the countryside and his fascination led him to make frequent trips there.
InfoBarrel is a writing platform for non-fiction, reference-based, informative content. Opinions expressed by InfoBarrel writers are their own.
InfoBarrel > Travel & Places > Places > China

Summary of Things to Do in Chongwu

The History and Geography of Chongwu

One of the few ancient towns left standing in China's Fujian province, Chongwu is located on a peninsular by Quanzhou Bay and is a 45-minute bus ride away from the city of Quanzhou, which it is a part of. While Chongwu comprises of both the ancient old walled town and a modern, industrial district growing rapidly around it, this article focuses solely on the former.

Perched on a cliff and surrounded by a mostly rocky beach on three sides, Chongwu's advantageous terrain has made it the ideal fortress since medieval times, for it has proven time and again to be easy to defend and hard to invade.

Chongwu's history started around 600 years ago, during the early days of the Ming dynasty, although the area had been inhabited hundreds of years before that. In 1370, groups of Japanese pirates caught the inhabitants by surprise when they landed on Quanzhou soil, and over time, their regular raids started posing a threat to the security of the area. In order to defend the territory against the pirates, the Ming Emperor ordered the construction of Chongwu in 1387 and it became one of the 60-odd seaside forts that were built during this period. Unfortunately, it is the only one remaining that is completely preserved. [1]

Today, it houses over 30 temples, large and small, in various states of renovation and repair, from the Song, Ming and Qing dynasties, as well as around 10 traditional houses scattered throughout the city. [1]

The town wall, the main tourist attraction of Chongwu, was built of granite blocks and military installations, such as a watchtower and four guarded gates were incorporated into the walls.

Just outside the South Gate is an enormously large status of Qi Xu Guang, a famous general who personally came to Chongwu to organize a defence and train troops against the pirates. He is credited for subduing the pirates and securing peace for the Quanzhou area, which allowed it to develop and achieve economic prosperity during the later part of the Ming dynasty.

What Can I Do in Chongwu?

While Chongwu's wall certainly is unique and is wide enough for a comfortable stroll, it is not well-maintained and some parts are overgrown with shrubs, so long pants are recommended . In addition, some locals use the wall to keep their animals, which can be disconcerting at times, as you may find yourself face-to-face with freely roaming animals, such as goats. Most animals, however, are tied up or have holding pens on the wall.

In terms of architecture, one would expect that a ancient town would have preserved its traditional buildings, but Chongwu has almost none within its walled compound. The many temples and winding alleys do evoke a feeling of being in an ancient town, which is a strange juxtaposition to the feeling evoked by the labyrinth of its drab, modern stone residences.

Bordering the South Gate is a theme park with statues of famous Chinese (and non-Chinese) characters throughout history and mythology. While this provides some nice photo-taking opportunities, it is simply incomparable to the rugged natural beauty of the coastline! Walking further south of the park brings you closer to the beautiful sea and its rocky (for the most part) beach.

Unlike many other ancient towns and villages in China, Chongwu does not have the traditional folk architecture that I had expected. While the wall is indeed impressive, this unfortunately works against the transportation logistics of the town, as the end result is that you get a modern Chinese town with frequent motorcycle traffic competing for space with pedestrians along the cramped alleys. Neither is walking within the walled town a peaceful experience, for the local driving culture dictates that motorcyclists use their horns every 5 seconds as a warning.

On the flipside, the stone carving park and Chongwu's beautiful coastline do provide some interesting photo-taking opportunities.

Ultimately, Chongwu can be a nice place to stop by if you happen to be in the area. Otherwise, I would not recommend making the trip from Quanzhou just to view the wall.

Take a direct bus from Quanzhou's Long Distance Bus Station, also known as its Passenger Transport Station, for around 14RMB. Once you arrive, negotiate for a motorcycle taxi to take you to the walled town for around 5RMB. The entrance fee as at Sep 2015 is 45RMB for adults and 23RMB for students and those above 60. 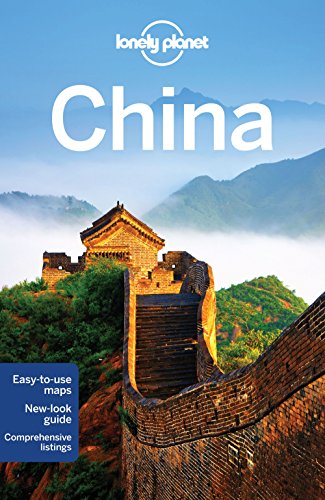 Lonely Planet China (Travel Guide) Amazon Price: $34.99 $19.46 Buy Now(price as of Jan 22, 2016)
For more information about attractions in the region, Lonely Planet China is a great resource!
Next >> China's Forbidden City: The People Who Lived Inside The Palace