Having been raised on a diet of martial arts drama series set in ancient China, Jonathan has always been fascinated with the beautiful scenary, architecture and costumes that represented pre-modern China. Fortunately, some of that still exists in the small hamlets and towns scattered throughout the countryside and his fascination led him to make frequent trips there.
InfoBarrel is a writing platform for non-fiction, reference-based, informative content. Opinions expressed by InfoBarrel writers are their own.
InfoBarrel > Travel & Places > Places > China

Zhanglicun: The Only Village Where Traditional Regional Architecture Survives

Summary of Things to Do in Zhanglicun

The History and Geography of Zhanglicun

Home to the largest collection of traditional Southern Fujian houses, Zhanglicun is located 20 kilometers away from the rapidly modernising city center of Quanzhou, by the relatively quiet town of Guanqiao. While it is possible to stumble upon one or two houses such houses in the developed city centers of Quanzhou or Xiamen, nowhere else can one feel that they have traveled back in time than to the red-bricked village of Zhanglicun.

The story of the village began with a man named Cai Qi Chang, who, together with some of his sons, left for the Philippines in order to seek his fortune. Starting with a small amount of funds, Cai Qi Chang eventually found the success he sought and returned to Zhanglicun in 1862, where he built himself a grand residence, with most of the materials shipped over from South East Asia by sea. Most of the houses in the village, however, were built by Cai Qi Chang's son, Cai Qian, who returned with his vast wealth and invested it in the cultivation of farmland. It is speculated that Cai Qian bought into the Confucian ideology that it was better to be a farmer than a merchant.[2] As a philanthropist, Cai Qian donated his money towards building schools, repairing bridges and building roads and was recognized by the imperial court for his contributions.[1]

What Can I Do in Zhanglicun?

The biggest attraction of the village is the traditional architecture. Built out of bricks baked from from the local red loam, Minnan houses are distinctive because of their bright colour, which contrasts greatly with the slabs of grayish limestone used to for the column bases and pavement. On closer inspection, one will find patterns within the bricks, which is a speciality of the local brick-baking technique.

Not only are there patterns to be found in the bricks, but also carvings as well. By taking the time to slowly wander around inside the houses, one can find exquisite stone, wood, brick and clay carvings in the doors, walls, ceilings and many other unexpected places.

There are 16 traditional residences within the village, but unfortunately, not all can be entered as they are still occupied by villagers. In additional to the residences, the Cais have built an ancestral temple in the top left corner of the village, a pawnshop in the bottom left corner, and apparently, a reading room as well.

Behind the beautiful village is the farming community, which is also peaceful and quiet. The only public washroom in the village is located outside the entrance, by the car park. Be sure to get a brochure with a map, which is only available in Chinese, from the ticket seller before you enter.

Zhanglicun will appeal to those who are fans of local architecture, those who are seeking out stellar photo-taking opportunities and those who speak some Chinese and want to practice. For the casual tourist, Zhanglicun offers nothing in the way of accommodation, shops or eateries, and as such would be of little interest.

For those making the journey to Zhanglicun, it is advisable to avoid going in the afternoon, as I did, since people hide at home to avoid the midday heat and the village will seem deserted. It might be better to visit on a weekend or in the late afternoon to catch a glimpse of the 137 villagers still living there.

Take a bus that passes through Guanqiao from Quanzhou's Long Distance Bus Station, also known as its Passenger Transport Station, for around 7RMB. Inform the driver that you want to get off at Guanqiao bus station, as Guanqiao is not the final stop. Once you arrive, negotiate for a motorcycle taxi to take you to the walled town for around 10RMB. The entrance fee as of Sep 2015 is 15RMB for adults and 10RMB for students and those above 60. 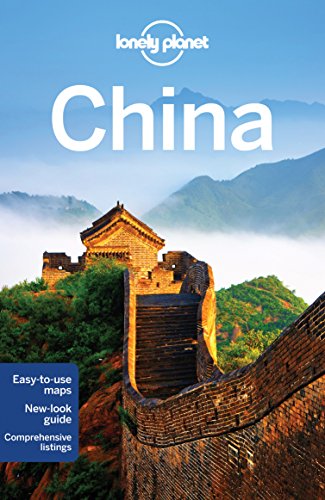