Ken Muise is an active-duty service member currently serving in Honolulu, Hawaii.  He is accompanied by his family and is close to retirement.   Visit him at his personal blog, ContentKen where he talks about content creation and making money by writing online.
InfoBarrel is a writing platform for non-fiction, reference-based, informative content. Opinions expressed by InfoBarrel writers are their own.
InfoBarrel > Entertainment > Games

Strategy based gameplay has really taken a step up thanks to Glu Mobile and Heroes of Destiny.  Team-based, with fantastical heroes and bad guys, this is one of my all-time favorite apps.  How are we gauging that?  It’s an Android RPG game that I'm still playing three weeks after downloading it.

Dungeon crawling has never been more awesome or simple to control than in Heroes of Destiny.  This game made me want to play WoW again. (And I did!)

Get Ready for Heroes of Destiny to Rock Your Socks!

It’s all here, ladies and gents’!  You have the Warrior Tank that calls the attention of all the baddies and just whack and thwacks away with as much as he or she has got.  Then there’s the healer class, she or he will work feverishly to heal and shield your fighters and keep them alive. Oh, and don’t forget the missile bearing archers and mages!  They’ll toss, conjure and fling arrows and magical fire balls at the enemy from a safe distance for a powerful range attack.

As far as games like this go, I haven’t seen controls that were as responsive or tight as they are in Heroes Of Destiny.  You simply draw a line from fighter to enemy to attack or draw a line from healer to warrior (or back the healer) to replenish their hit points.  You do the same thing to move around on the screen-just a draw line to the spot you want to go.

Tactics play a key role in HoD.  You’ll have to keep ranged attackers and healers at a safe distance from the attacking gnolls, goblins and spiders.  For area attacks and healing you can simply drag the ability from the tray in the upper-left corner of the screen and drop it on the intended target.

Heroes of Destiny: What To Do When Not In Combat

When out of combat mode, you’ll move around on the map and choose your battle grounds, each with different levels of difficulty.  As you advance through the story line, you’ll gain access to different and more advanced areas.

You’ll also have the ability to upgrade your weapons and armor by collecting precious stones and elements within the dungeons (Gathered after each battle and by tapping on chests and pots as you run through the dungeons).  Each stage of upgrade requires more precious stones and the likelihood of success dwindles the more you upgrade.

Once you battle in a dungeon it will be locked out with a timer and you’ll have to move on.  It gets to be really grinding when you have to go back and do easier levels to advance your heroes or to get elements for upgrading weapons and armor.  Also a real grind is waiting an exorbitant amount of time for heroes to level once they start advancing.

If you don’t want to grind, though, there is an alternative.  This being a Glue Mobile app there is huge in-app purchase system to upgrade weapons, speed up leveling, buy more powerful characters and buy the most advanced weaponry.

So far, Heroes of Destiny is the game for us and one that I’ll be playing for a while. Even right now as I write this review I’m waiting for my main tank to level up (only 5 hours remaining!).  I don’t see an app that can compete with HoD coming along anytime soon!

My Heroes of Destiny Rating 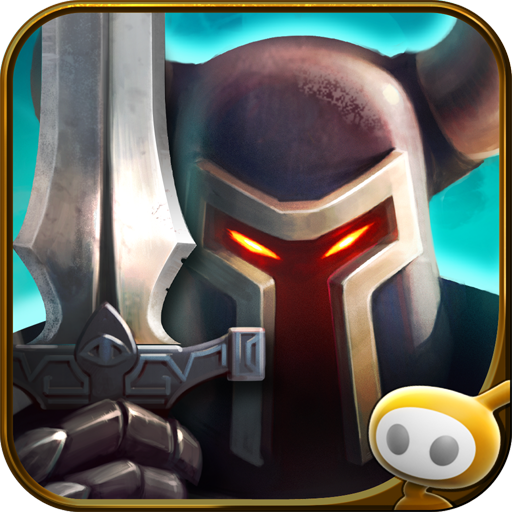