InfoBarrel is a writing platform for non-fiction, reference-based, informative content. Opinions expressed by InfoBarrel writers are their own.
InfoBarrel > Entertainment > Art & Design

Back in the early 1970s I walked out of a local art exhibit in Pasadena, California with a small group of friends discussing the show we’ve seen. In this particular exhibition the artist had done a number of oils that looked as if they should have been done with pen and ink and submitted to the local newspaper as opposed as attempting to turn the work into legitimate art. I was young at the time and just starting to work as an (stringer) art reviewer—a label that I would have off and on even into the 90s. Anyway, the group I was with ended up going to a coffee shop by the name of Qwins West to talk about our experience and share our “artistic” opinions.

I began the conversation by asking the group in reference to the exhibition, “What was that anyway?”

“That,” Michael answered, “was some very excellent Pop art.”

Now there I was, supposed to be the expert in our small group realizing that the only thing I knew about “Pop Art” was Andy Warhol and that I didn’t think much of his art in any case.

In any case, as I drove home that late afternoon, I did my utmost to analyze my own reasoning. How could I classify an entire “movement” as being a fluke, which is how I was looking at Pop Art at the time; more of a commercial gimmick than an artistic endeavor. Actually, I was far closer to the truth than not. Pop Art was (actually) more interested in mass-media and production than art. According to a close friend of Andy’s, he paid $50.00 to a gallery owner, Muriel Latow, who suggested he paint soup cans and money. Andy Warhol. It is said, loved soup and…money!

His first and perhaps most famous soup can was painted in the early 1960s. It was a quick to gain recognition because the flower children and hippie were beginning to spread in the U.S. with a call to “enjoy the simple thing in life.” There are few better symbols of “simple” than a Campbell’s soup can!

As a quick aside, Warhol’s first exhibition in an art gallery occurred in 1962 at the Ferus Gallery in Los Angeles. He did 32 types of Campbell’s soup and sold the entire connection for $1,000.

We would all like to have one of those (odd-ball paintings) in our collection today—they are selling for more than $10 million each. (Andy Warhol is the most famous of all Pop artists with sat least one of his celebrity silk screens of Marilyn Monroe valued at $80 million).

Anyway, “Pop” was ever as much a youth movement in art at the time as the Hippies were a cultural/political youth movement. For one thing Pop defied traditional art and the historic artistic establishment—earlier “Pop experimenters” were Jasper Johns most famous for his American flags

and Roy Lichtenstein who actually did some genius work in gigantic paintings of comics. This copy of “Drowning Girl”

does not and cannot give ample representation of what the actual oil painting looks like. What it can do, however, is show the reader of this article the rather “unpretentious” views of the Pop Artist. In this regard, Warhol said: “I love Los Angeles. I love Hollywood. They’re beautiful. Everybody’s plastic, but I love plastic. I want to be plastic.”

Actually Pop Art began in London amidst a small group of artists and intellectuals in the mid-1950s with so many of American products having flooded into the post war country—unlike so many other art movements it was not born out of existential despair but rather high hopes for the future of people…and lots of stuff!

In regard to the above, what I find personally interesting is that “Pop Art” made its entrance at a time when the grocery store was becoming the supermarket and vast shopping malls were creating centralized marketplaces where shelves overflowed with all kinds of stuff; the virtual death of Mom and Pop stores occurred at this time as did frugality and other Norman-Rockwellian pre-war values such as the national prescription of God, Home and Country. By 1955 globalism was at its beginnings and starting to unfold by the banks expanding franchises, art and media. The early Flower Children in the U.S. saw the possibility of a world in cooperation while the Pop Artists were surrendering to a world of massive commercialization. Oddly enough the two made very strange bed fellows but the Flower Children/Hippies appreciated Pop because it recognized “beauty and value in simple, everyday things. Andy’s Warhol’s famous soup cans were a perfect example of this and his timing was perfect—his art was ever as much in tune to the times as the Volkswagen Bus

There was an upset, however. At the height of the Vietnam War when Flower Child positivism was exchanged for Hippie protest—the popularity of Pop Art was also diminished. I am convinced that Pop Art was, at best, an immature art form and not the display of genius that so many critics attribute to the work. What I do credit is the artist’s ability to commercialize his art—he was indeed a grand master of “show business.”

After graduating from Carnegie Institute of Technology (he majored in pictorial design) Andy became a commercial artist and was extremely successful at creating shoe ads for I. Miller

for Tiffany & Company. Thus, to say that Warhol was a “no talent” would be as unjust as to say he was a super talent. In this regard, while the axiom is that “art” is in the eye of the beholder art appreciation is based on more than a shallow intellectualization of meaning. In this most famous silk screening of Marilyn Monroe, centers the face of the star on a large background of gold. The effect was actually achieved by the technique Warhol gain much of his fame for: Synthetic polymer paint, silkscreened and oil. This particular art piece

Some critics say that the imagery, resembling an inexpensive magazine cover, tells the observer that this lovely human being has been reduced to a “cheap” commodity. If I am not mistaken this would have been in contrast to the artist’s worldview since “commerciality” is obviously seen as artistic and cultural value by the artist. And anyway, he would mass produce images of the stars simply because…they were popular

I can find no depth of meaning in, for example, his Five Coke Bottles

unless, that is, non-meaning is the message.  In fact, Coke bottles became one of his first attempts to capture Pop Art when he decided that is what he would do in 1960. In just a little over a year he managed to grab hold of his “15 minutes of fame” and in the doing become the world’s best known Pop Artist.

What of the artist, himself?

I am a firm believer that no one can understand art without first attempting to understand the artist that creates it. Andy’s parents were Czechoslovakian immigrants that raised their three sons in Pittsburgh Pennsylvania. He was the youngest and was the one to show an early interest in drawing and other art. His mother was also artistic so she encouraged Andy to draw which he did. All this had a dramatic pause, however, when Andy came down with Saint Vitus’s Dance, the common name for Syndenham’s Chorea, a disease that causes you to shake,  often uncontrollably.

Because of the illness young Andy missed months of school, became more of a loner and when he finally recovered, he remained (mostly) withdrawn into himself—he began carrying a sketchbook wherever he went. This habit was probably encouraged by his art teachers—he took art classes both at school and at the Carnegie Museum—but also, being able to escape into drawing at all times no doubt gave him some sort of security from being hurt by other school kids. For one thing after enduring the symptoms of Syndenham’s Chorea he had been left with large, pink blotches on his skin, perfect targets for insensitive children to poke fun of. But also, Andy had exceedingly pale skin with white, blond hair. He was different looking enough to suffer some deeply seated inferiority although this was never revealed in his adult life. In many ways Andy Warhol was, indeed, as plastic as he had said he wanted to become.

At the top of his fame he had not only succeeded on canvas as an artist but he had begun doing what are called “underground movies.” Actually his movies became popular with a select following and certainly won notice from the press but, by and large, they were even more on the fringes of fetish, fluke and futility.  Here’s a few of his posters:

but realize also that he once did a five hour film of a person sleeping. (That’s right 5 hours). Here’s a photograph to catch you up with the excitement of the film:

Nevertheless, Warhol films gained fame and an enthusiastic actress by the name of Valerie Solanas

the head of SCUM (Society for Cutting up Men) played a major part for him. Believing she had an “in” with the Pop Artists, she wrote a film script for him to produce. When he refused to produce it she overreacted a bit…that is, she shot him three times.

By the time he got to the hospital his heart had stopped.  Miraculously, the surgeons got it beating again and the artist survived and afterwards did a series of guns. The following is my favorite:

The clock incidentally was inspired by the famous Salvador Dali painting

In many ways this particular piece reminds me of Andy Warhol, a life on the edge. While I was around during Warhol’s (artistic) heydays, I never met the man but I had a friend who said that he did. He said “at the factory,” the name Andy called his studio, there seemed always to be a crowd of intellectualizing artists and serious hippy-types; a place where drag queens and dharma freaks were made to feel at home and would be artists from every media gathered to “feel” they were one with the “master.” The “master” however was more aloof than casual or even courteous most of the time. Perhaps he was the ultimate example of always being alone even in a crowd? All This is hearsay for me although I do believe this is how my friend interpreted his short stay at Andy Warhol’s studio.

Do I believe that Andy Warhol was a great talent? He was certainly versatile! His worked ranged from drawing to painting, photography, silk screening, sculpture, film writing and music; that Andy Warhol was a creative genius goes without saying. Creativity and art, however, are not always related just as a child’s most perfect mud pie will never be a Rodin.

Andy underwent a routine operation in February of 1987—gull bladder surgery. The surgery went as planned but he died anyway. He was only 58 years old.

Are You An Artist and/or Art Lover--This beautiful, informative Book is Truly a Must Have 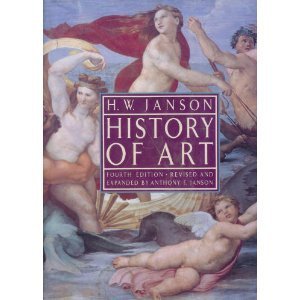 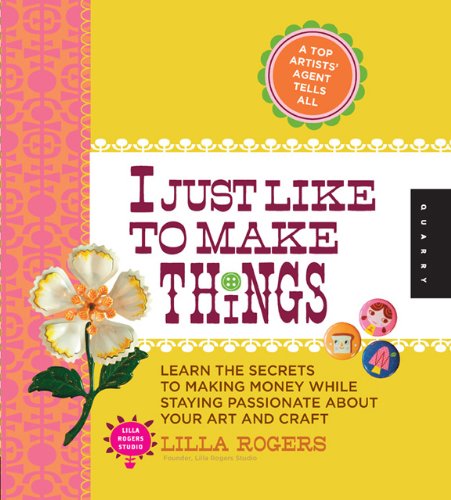