This article was written by Cheryl Weldon, MA.  If you would like to read further writings by Cheryl visit her website:  www.cawworldwide.com Infobarrel is a great place to publish your work and has a wonderful community of writers.  If you would like to wite for Infobarrel sign up here. (you also need an account to comment on articles, so sign up now and let us know what you think about what you're reading.)
InfoBarrel is a writing platform for non-fiction, reference-based, informative content. Opinions expressed by InfoBarrel writers are their own.
InfoBarrel > Technology > Science > Biology > Animals

Animal Welfare and the Entertainment Business

There will always be a controversy about whether or not wild animals should be used in the entertainment business.  Animal activist on one side of the issue cite abuse and cruelty in training methods; the other side cites educational purposes and maintaining the different species of animals.

The history of the exploitation of animals goes back thousands of years.  In ancient times, exotic wild species were a curiosity and as far back as 2000 B. C. creatures were caged for purely curious fascination purposes.[1]  Lions, bears and other wildlife  were brought into arenas to fight not only creatures of the same species, but of other species as well as gladiators.   As explorers traveled the world, more and more animals were traded, given as gifts, or killed for their hides or heads.   Early entrepreneurs took the caged beasts on the road and charged money for the curious spectators.   The first circuses were thus established sometime in the 1700’s.   The first public zoos opened in the United States and Britain in the 1800’s.[1]

Animal welfare is often in the news and is highlighted when there is an attack of some kind.  Most often, the poor creature shoulders the blame for such encounters, whether justified or not.  Supporters of animal rights have brought to light various instances of animals in captivity being abused.  People for the Ethical Treatment of Animals (PETA) claims evidence of abuse to circus animals is rampant and has access to videos of a Ringling Brothers Barnum and Bailey trainer using cruel and abusive training methods with elephants.[2]  Further evidence reveals that Ringling Bros as well as some trainers who supply wild mammals for the film industry have been cited numerous times for infractions of the Animal Welfare Act (AWA).[2]

PETA distributes information regarding nations that prohibit or restrict the use of animals as entertainers. According to PETA these countries are:[2]

Other countries have some level of restrictions, but not enough to fully protect them.  In the United States the United States Department of Agriculture oversees animal welfare and enforces the federal AWA.  However, the AWA only establishes minimal standards for the care of certain species in circuses and other exhibitions.  Most other laws restricting the use of animals in entertainment events are local with some areas across the U.S. prohibiting any use of them in entertainment events.  The Human Society oversees animals in the movies and television; however, in most other countries creatures used for this purpose are not monitored. PETA claims the monitoring is minimal at best because the welfare of the wildlife off set are not monitored; only while the animals is on camera does the Humane Society monitor them. 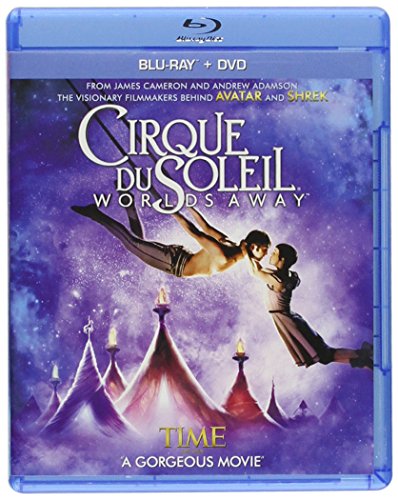 Investigations by PETA and other animal rights organizations reveal the use of cruel training methods.  Most trainers explain they are simply using the natural behavior of the particular species to teach them tricks.  However, this isn’t always the case.  Elephants do not naturally stand on their heads or sit on a drum; bears do not naturally ride bikes; tigers do not naturally jump through hoops of fire.   Creatures doomed to a life in the circus spend the majority of their days in small cages or bound with chains.   Marine mammals are destined to swim in circles in a concrete pool; no longer with their pods (families) and no longer able to swim the hundreds of miles they would normally swim in the wild.  Most captive wild animals display abnormal behavior, such as pacing, swaying, head shaking, or self-mutilations.[2]

Technology has advanced to such a high level animals are not truly needed in films or television.   Many circuses in the current political climate are moving toward human acts only.  There are no easy answers to the issue.  Humans will continue to be the dominate species on earth.  Animals in most elements will always be subordinate.   How humans treat subordinates is perhaps the most telling indictment of mankind.

The copyright of the article Animal Welfare and the Entertainment Business is owned by Cheryl Weldon and permission to republish in print or online must be granted by the author in writing.

Warning: may be disturbing to some viewers