Ant-Man Movie To Be Made By Marvel

"Biochemist Dr. Hank Pym uses his latest discovery, a group of subatomic particles, to create a size-altering formula. Though his first self-test goes awry, he develops an instrument that helps him communicate with and control insects."

I don't know about the rest of you, but this paltry summary leaves me a little skeptical, Ant-Man was never a very focused-on character in Marvel Comics and never really achieved the same kind of widespread popularity that Spider-Man, Captain America, The X-Men, and various other Marvel heros attained. In addition (with the exception of a brief cameo in the Avengers Vs. Xmen series), he hasn't really been featured in any recent comic books either, also attributing to his decline in popularity. With a superpower of being able to change his size and talk to bugs, I guess you could list him as the Marvel equivalent of Aquaman.

To make matters worse the movie is to be directed by Edgar Wright. Never heard of him? Yeah neither had I; it turns out he is the young director responsible for Shaun of the Dead and Scott Pilgrim vs. The World. I don't know about you guys, but that does not sound like the repertoire of someone prepared to a super-hero movie. Wright admitted that there will be a comedic effect to the movie (which is fine, there was certainly some comedy established in the last "Avengers" movie) but also had to insist that the movie was going to be a "full-on action adventure sci-fi film but with a comedic twist"[1] and then went on to say that the movie would not be a spoof. In my experience, if you have to assure audiences that your movie will not be a spoof, even if it isn't, it's bound to be a flop.

Edgar Wright has stated that this movie is intended as an origins film and that he does not anticipate Ant-Man joining the ranks of the Avengers anytime soon, though Ant-Man was a member of the original Avengers, and that he wants to put a unique spin on the mad-scientist gone superhero approach: "It's a differnt type of origin film. I kind of figured that you had seen every different variation of mad scientist creating a formula and stuff, so this is something a bit different"[1] . Wright's idea includes incorporating both Henry Pym, the original Ant-Man, and Scott Lang, his thief-turned-hero successor; making the first half of the movie into a sort of prequel until shifting focus to Scott Lang the intended protagonist of the story. Official word has not be realesed on the speculations that Eric O'Grady, a third Ant-Man, may also play a role in the film. So many versions of the same hero playing a role in a single film suggests that Wright might be banking on the idea of a sequel or two, probably contingent on how well the first movie does.

With its recent succeses in the movie industry, Marvel seems to have decided to branch out to more obscure characters that might have greater appeal to fans of the original comic books. As a comic book nerd (albeit a passive one) myself, the idea of some of my lesser-known but much-loved heros coming to life on the big screen intriques and excitens me, but I'm not sure how this Ant-Man film will fare in theatres. Maybe if it was a more dynamic hero, maybe if it had a different director, maybe if the movie could focus on one Ant-Man story instead of two (possibly three), maybe then there would be some hope but right now it's looking pretty bleak. I still think that maybe Edgar Wright can pull it off, he's still young and maybe this diversification and character will unlock some creative genius lurking in side him. As for now, I'm still a skeptic but I think I will see the movie when it is releashed in 2015, just in case. 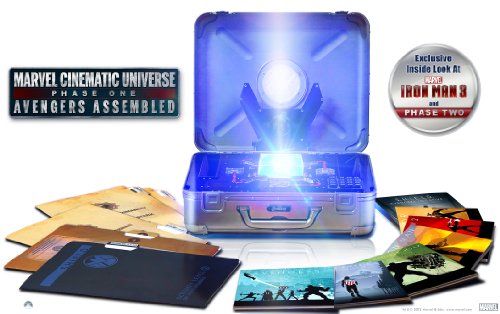