That was not always true, however: kaleidoscopes were invented by a serious physicist interested primarily in optics (the study of light), and he intended the device to be used for scientific research.

David Brewster’s precision piece of optics lab equipment found a re-purposed use when it became wildly popular with the public in the early 19th Century.  The device came into vogue as an esoteric Victorian parlor entertainment.

Credit: public domain
Cheap Trick
Kaleidoscopes consist of three main sections: a viewer; a length of tube housing an arrangement of horizontal, angled mirrors; and a box (called the “object box”) sandwiching free-moving bits of colored glass, beads, or other materials between two pieces of translucent mica, cellulose, or frosted glass at the end of the tube opposite the eye piece.

Function is simple.  The viewer looks through the finely-ground lens of the eye-piece and turns the object box.  The mirrors inside the tube (and there may be two or more—normal units had

As the object box is turned, light striking and passing through the material within casts colors and reflections upon the mirrors creating a pleasingly colorful and unique pattern.  No two kaleidoscopic images, like snowflakes, can ever be the same.  Images may share similarities but they will never be identical.

Today’s kaleidoscopes are cheaply thrown-together toys, almost by design expected to have no durability.  The viewing tubes are inferior cardboard or pulped paper.  The end of the tube nearest the eye no longer has a lens, but a hole for viewing.  Inside are two long “mirrors” usually and imprecisely placed at angles.  The “mirrors” in these toys are either shiny strips of sheet metal or, more likely, a foil-covered cardboard that may reflect light but poorly.  Finally at the far end of the tube is the object box containing trinkets; the surfaces for light passage are normally cheap plastic or polyvinyl.

These modern versions are barely a hollow echo of the fineness of early kaleidoscopes.

Come into the Light
David Brewster (1781–1868) was a Scottish physicist and mathematician.  He was also a writer, a university administrator, and an astronomer.  Lastly, he was an inventor as well.

One of six children, the boy was sent to the University of Edinburgh when he was 12 years old.  He originally intended to study for the clergy (as his father was a well-respected rector and

Credit: public domain, ca. 1850s grammarian).  And while he did get formal education as a clergyman, he only bothered to preach publicly once.

Distractions led the young David to become more interested in “natural philosophy” (as physic was then termed).  In 1799, a friend and school mate convinced him to explore the intricacies of light diffraction, an aspect of the popularly nascent field of optics.  After getting his college degree in 1800 Brewster’s interests in the sciences were fostered further by mentoring from a locally self-taught savant, James Veitch.  Veitch was best known as a skilled maker of fine telescopes.

Brewster’s studies of light diffraction led to his writing many papers on the subject, all of which were published in scientific journals.  [Some minor controversy developed later as two French scientists were concurrently investigating similar aspects of light’s properties and alleged Brewster has stolen their work.]

Credit: liveauctiongroup.net pressure.  This is called “induced polarization”.  Another discovery of Brewster’s was related to doubly refractive axes in crystals.  Yet one more important revelation involved the absorption of light: Brewster learned there is a mathematical and physical connection between the refractive index of a substance and its polarizing angle.

Other discoveries in his larger body of work led to early recognition of his genius.  Brewster, having completed his M.A. in 1800, went on to earn his LL.D. in 1807.  And in 1815 he was conferred membership in the Royal Society of London; he was awarded the Copley Medal the same year.  The French Institute presented him with half of its three-thousand-franc prize in 1816 for his role in making the two most important discoveries in physical science in Europe over in the past two years.  In 1818, the Royal Society of London bestowed its Rumford Medal upon him. He was honored with foreign membership in the Royal Swedish Academy of Sciences in 1821.

It was during the height of his early flurry of scientific experiments in 1815 that Brewster devised the optical instrument forever associated with him.  He coined the term in 1817 from three Greek words: kalos (beautiful, beauty), eidos (form, shape), and skopeo (to look to, to examine).  Or, “to see beautiful forms”: kaleidoscope.

Toys ’R’n’t Us
Although Brewster made his kaleidoscope as a scientific investigative tool, he also recognized its commercial potential.  The device was pleasing; its intricate designs could never be duplicated, ensuring variety to users.

He did not, however, keep his invention secure.  He approached the prestigious Phillip Carpenter (maker of the newly developed achromatic lens) to make his kaleidoscopes for the masses.  Carpenter became the exclusive crafter of these instruments.  [Demand later led Brewster to license manufacturing to more makers to keep apace.]

Although Brewster filed for, and was granted, a British patent for his device in 1817, an early prototype had been examined and retro-engineered by several other London opticians.  Thus, Brewster lost out on much of the financial value of his patent early because these were quickly copied and produced in large numbers.

The kaleidoscope was a huge success upon delivery.  Within one particular three-month period after release 200,000 units sold in Great Britain and in France.

Parlor entertainments were voguish as people, especially the middle and upper classes, found they had more leisure time to enjoy.  Science provided many home entertainmentsfor the inquisitive.

One of the earliest visual mediums was called a magic lantern.  This was a box containing lenses and a directed light source, such as a candle, through with images were projected onto a surface (such as a wall).  People watched these shows for hours, and they were the forerunners of motion pictures.  Certain types of magic lanterns were so complex they allowed for multiple imaging, fading in and out of pictures, and creations of story boards in light and line.

The kaleidoscope readily found a place in the parlors of the aesthete and the leisured.  The models used for home entertaining were exquisite—fine brass finishes and fittings, optics-grade lenses, carefully selected objects for the box to hold, and good quality mirrors placed at proper and precise incident angles.   These were usually mounted on a short stand or even a tripod for viewing.  Later, a magic lantern version was created combining the projection abilities of the slide show with the colorful geometric patterning of the kaleidoscope.

Brewster saw his device embraced lovingly.  He added to the home entertainment market by refining the stereoscope (the forerunner of the 3-D image viewing toy, View-Master®).   While Brewster did not invent the stereoscope he added prisms to the existing design, rendering cleaner results to the three-dimensional imagery.

David Brewster went on to publish several hundred scientific papers, making his mark as an early proponent of optics experimentation.  He contributed heavily to the Enyclopedia Brittanica (its 7th and 8th editions).  He married twice, and had six children with his second wife.  He died in 1868 having lived a full and rich life.

Trippy-Dippy Hippie
The kaleidoscope’s images, the symmetrical, ever-changing hexagonal pie-wedges of color and light, have been adapted over the past few centuries into design work and have been subsumed by visual artists and by pop culture.  The silliness of the 1960’s hippie cult and psychedelic movement has visually at its core a kaleidoscopic abstract of vibrant color and obtuse shapes.

The earliest models of the kaleidoscope are amazing pieces of craftsmanship.  Many feature fine-grained, turned wood stands and viewing tubes.  Others are of burnished or patina metal cases.  Some stand vertically with the object box serving as its base.

At least one popular mechanical version was made.  This featured a mirror as a light source.  Two vertical wheels, mounted side-by-side and differentiated to spin at incongruent rates, moved by turning a hand crank.  The viewer was at the other end of the box housing the mirrors.  With a little creativity, these could also be modified to allow projection onto a screen or wall.

Others were simpler in design—a tube with mirrors and a convex glass lens (in place of the object box) let the whole world be a source of patterns.  These “rolling pin” models (technically termed a “teleidoscope”) worked on ambient and natural light.  One simply

Credit: Sotheby's image (sold at Christie's)pointed the convex lens at a grove of trees, for example, and rolled the tube manually while looking into its eyepiece.  The patterns formed on the mirrors from the rotating lens created ever-changing fields of color and shading.  Smaller versions using the same principle were made not much larger than an ordinary jeweler’s loupe.

In the antiques and collectibles market these pieces, especially if still in excellent working condition, fetch nice prices.  A good American version of a table (or parlor) model kaleidoscope from the mid 19th Century can conservatively bring anywhere from $1500 to $2000 easily.  More elaborate casing, exotic construction materials, and greater engraving and tooling heighten the value of any collectible kaleidoscopes.

These beautiful instruments of scientific discovery and entertainment, sadly, have fallen out of favor as a plaything with which not only children but many adults once whiled away the hours.  Finding a kaleidoscope today, manufactured under the loosest of tolerances and the cheapest of materials, will only result in disappointment; looking through one of these is certainly a pale imitation of the early Victorian-Era kaleidoscopes.

Modern (and digital) but mesmerizing nonetheless 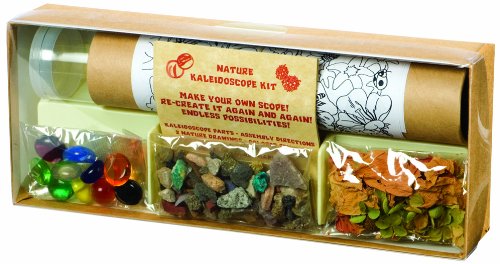 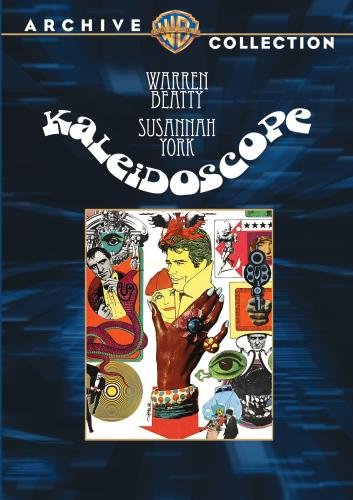