Learning how to shoot in archery

Bow and arrow parts for kids and adults for sale

Shooting bows and arrows is one of the world's oldest and most popular sports. It is enjoyed by millions of people. Thousands of bow and arrow hunting licenses are issued in the United States annually. In some parts of the world there are  bows and arrows for sale which are still used as a weapon.

A bow consists of two parts - the bow itself and the bowstring. The bow is made of a long, narrow strip of elastic material that snaps back to its orginal  shaper after being bent and released. Bows may be constructed of wood, metal, or fiberglass. Yew, lemon, ash, hickory, and Osange orange are pop

Check these out on Amazon: 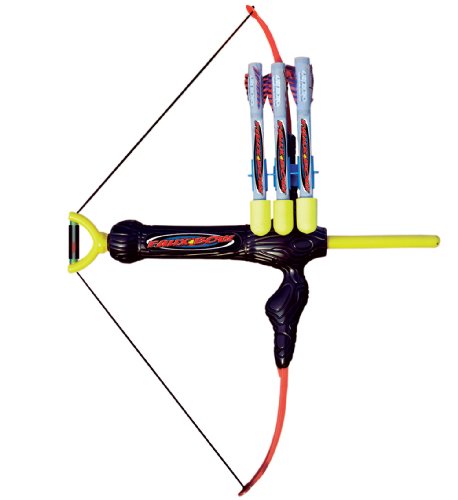 Each end of a bow has a notch, or nock, cut into it. The bowstring, which is shorter that the bow, is loped at both ends, and these loops fir into the nocks. When a bow is strung, the bowstring becomes very taut, putting the bow under tension. As a bow is bent and released, its tension snaps the bowstring forward, thus projecting the arrow with great force. Bowstrings are usually made of linen cord or Dacron or some man-made material.

Bows are classed according to weight. Weight is the number of pounds of force required to pull the bowstring back the length of an arrow. A bow with a weight of 80 pounds may be used to hunt bear or deer. A bow of 30 pounds can be used in archery tournaments. Men's bows average 6 feet in length and 45 pounds. Women's bows average 5 1/2 feet in length and 35 pounds in weight.

Like bows, arrows are generally made of wood, fiberglass, or aluminum tubing. They are classed according to use (hunting, fishing, target shooting) and average from 25 to 28 inches in length. An arrow has four part - the pile or tip, the stele, the shaftment, and the nock. When the arrow is to be fired, its nock fots over the bowstring.

The Proper Way To Shoot

The accepted stance is with the feet spread apart comfortably and with the shoulders in line with the target. To nock the arrow, hold the bow in front of the body and parallel to the ground. The palm of the hand should face downward. Place the arrow on the V formed by the thumbs and the index finger of the bow hand. Then push the nock over the bowstring. When the arrow is nocked, the cock feather should point away from the string.

Check this out on Amazon: 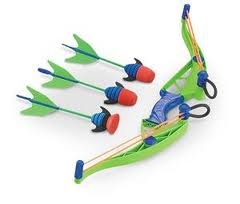 Use the tips of the first three fingers to pull the bowstring. The arrow should be between the first and second fingers. The arm holding the bow is held straight out in line with the shoulder, but the elbow should not be locked. Draw the string back to the anchor point, a spot on the jaw directly below the aiming eye. Some archers aim thorugh the a sight attached to the bow. The archer aims the arrow's point at a spot just under the target

. Other archers focus on the target and shoot by instinct.

The draw should be one steady motion from beginning to end. The release of the bowstring is a simple relaxation of the fingers, letting the string roll off rather than snap off the fingertips. Keep the body motionless until the arrow reaches its target. When the bowstring is released, it will strike the inner forearm of the hand holding the bow. To protect themselves from this blow, archers wear bracers, or arm guards. They protect the three string fingers with tabs or gloves.

These are some tips on how to learn archery and using a bow and arrow. There are many bows and arrows for sale in the market related to the sport of archery.