Almost universally, ghosts are regarded as the spirits or souls of the dead, whether recently or historically departed.

Belief in ghosts is based on the metaphysical notion that the “spirit” (the intangible that imbues humanity with its sentience) is somehow separable from the flesh-and-bone of the human organism and can continue its existence after the death of the body.

These “spirits” are thought to dwell in a sort of limbo, able to come back to the world of the living any time it suits their needs.  They manifest as living beings or as gossamer likenesses of

Credit: Mattie Bryant, (c) 2011; the deceased, haunting places that (or people who) hold some strong emotional connection (fear, remorse, the terror of a violent death, etc.) to their past lives.  These places are almost nearly all clichés: an ancestral manor, a lonely cottage on the moors, an isolated bridge or remote stretch of back road, and cemeteries are all recognized quintessential ghost haunts.

The traditional indications of haunting include apparitions, objects’ movements by unseen hands, or the appearance of strange lights.

Sounds are also claimed: disembodied laughter and screams, knocking, or footsteps.  They may also present to a victim with a particular smell.  Others report only a baseless “feeling” of a non-corporeal entity in their presence with no visual or auditory indicators heard.

Quests for physical evidence of ghosts, and documentation of ghosts, over the years have produced some very dubious and inconclusive results.

So, are ghosts real?

The BelieversEarly societies embraced life’s cessation as part of the life-cycle itself, and their worldview on this subject left little room for agonizing or caviling.  Death was looked upon for what it was: the natural end of life.

In fact, their clear acceptance of death was probably far more psychically healthy for their cultures than modern humanity’s general fear of death (and this outright fear is more pronounced in the Western world).

In contrast, modern humans tend to reject this natural philosophy.  They feel compelled to comprehend life beyond death, wishing desperately to solve this last great mystery.  More importantly, humans attempt to bargain with death, unwilling or unable to accept its finality, railing against the coming dark, and hoping against hope that their essence (or “spirits”) will survive eternally.

Many people believe in ghosts.  The degree of belief, however, is inconsistent and varies by culture and educational levels.

If, for example, a survey revealed one-third of Americans believed in, say, zombies (the walking dead) the majority would laugh at this absurdity.  And yet, 32% (almost a third) of Americans reportedly believe in ghosts, and apparently no one laughs very much at that statistic.  Comparatively, the British population boasts a 40% (!) belief in ghosts, while Canadians are much lower in their belief at 28%.

And, generally, the higher the level of education anyone has the less likely he or she is to believe in things that go bump in the night.

The True Fuel of the Ghost FireSelf-centeredness, and self-centeredness alone, is what motivates a belief in ghosts.  It is also what informs religious fervor and its dogmatic reliance upon the concept of an afterlife or a “just reward”.

This is because people are fundamentally convinced of their own greatness.  Death negates any ideas of grandeur, however, and it is the great equalizer.  Rich and poor alike die, as do scholars and village idiots.  Believing in ghosts is a psychic way of sticking one’s head in the immortal sands of Eternity; believing in ghosts allows an individual the slim hope that his/her own spirit will survive as well, and his/her “greatness” will “live” on in a paradisial After World.

Things that go bump in the night are part of every society’s lore.  Every civilization embraces, or at least acknowledges, a superstitious belief in an afterlife or some variant (e.g., Nirvana, Valhalla, Eden, Heaven, etc.).

It is the fundamental inability to effectively process and accept the idea of extinction after this earthly life that sustains faith in ghosts, though.

No Way OutPhysicists mathematically postulate dimensions greater than our own system of space-time.  They also know they cannot provide physical proof, for instance, of, say, a sixth dimension’s existence using our three-dimensional measuring devices.

So, too, a belief in ghosts is truly just that: a belief, not a proven fact that can be shown with repeated and repeatable observations that can be documented.

Furthermore, ghosts’ existence can never be proven scientifically; by virtue of their very definition, ghosts are “supernatural” (meaning they, like the sixth-dimension idea noted above, exist outside the sphere of our known physical world).

A million ghost hunters using a million EMF detectors can only show electro-magnetic fluctuations exist; they cannot prove that a ghost caused them.  Ambient temperatures taken with thermometers that detect “cold spots” are similarly pointless—almost no environment has a uniform, steady-state temperature throughout, and such “cold spots” can be found in any residence, “haunted” or otherwise.  Recordings of background noises, often interpreted as ghostly ramblings, are useless as proof.

The belief system itself has a built-in guarantee of failure: ghosts aren’t part of our natural world.  Therefore, if they existed they would not behave by our rules and could never be documented by our tools.  Nor would we be able to see, hear, or otherwise experience them with any of our other senses since we, as sentient beings, live in a world governed by the rules of nature.

Therein lies the crux of a paradox: attempting to capture images or other physical proof of ghosts is fruitless as they, by definition, reside outside our abilities to document them.  They would, therefore, also live outside our abilities to detect them with our senses.  But, at the same time, to prove their existence one needs physical proof.  It is a true Catch-22 situation.

But just because they cannot be recorded is not proof of their existence.  What it is proof of (for those who claim to see and hear them), though, is a wishful thinking that, considering about a third of Americans believe, the more rational two-thirds majority find quaint at best if not downright ridiculous. 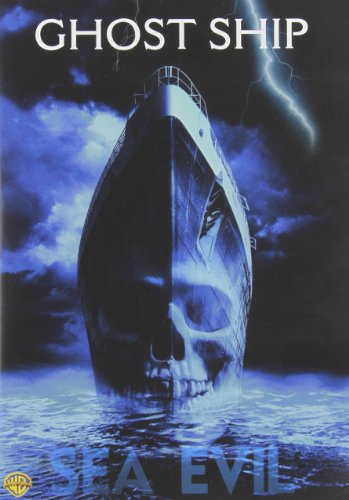