Are MiFi Devices the Future of Broadband?

Mifi Options and The Future of Mobile Internet

The fourth generation of mobile broadband is going to be around 10 times faster than the third generation.  This will make it fast enough to do just about anything that a consumer could want to do on a mobile device.  4G will therefore work with tablets, laptops, and smartphones to provide a better user experience with their devices on the go.

Somewhere around 80% of the UK population currently have a fixed broadband solution.  Perhaps the piece of technology that’s going to spark the revolution in mobile broadband for the home is the MiFi device.

What is a MiFi device?

A MiFi device is essentially a stand alone router that is battery powered and provides the opportunity for five or more devices to connect simultaneously.  This means that on the go in a café, work groups can get online with the same device, and in the home consumers can have multiple users on the same mobile broadband connection.  The MiFi devices come as small as a credit card in size making them tyotally portable and functional in their application and design.

So, are MiFi devices the future? Or is internet broadband going to keep developing down the fixed line route?  I think the answer is that MiFi devices will be the choice for a certain portion of the population.

In homes where there are multiple people living, and media hungry homes where there are lots of people streaming and playing online games, MiFi will not be an option.  There simply won’t be enough data allowance on any mobile broadband package to cater for multiple users or even just one consumer displaying a heavy consumption behaviour profile.

Mobile broadband will for the foreseeable future have limited mobile broadband allowances.  Mobile data is more expensive and networks such as Vodafone, Three, O2, and Everything Everywhere are investing heavily in the development of their networks.

The primary reason they’re doing this is not for MiFi devices and mobile broadband for laptops but for the smartphone revolution.

Smartphones have become more and more complex and are able to do heavier tasks than they could in the past.  The cost of a premium device these days can be over £600 and therefore the costs of contracts with data, talk, and rental can be over £1,200 for 24 months.  This kind of expense means it’s a big cake to be sliced up between the mobile operators and the phone manufacturers.

This is the niche primarily that the mobile operators are seeking to develop and MiFi devices are really an offshoot.

The Future of Broadband

The future of broadband is probably with students and couples taking up MiFi devices more than they were dongles in the past, but fixed line broadband remaining the norm for most people at home.

Fixed line broadband is now available from about £5 per month.  It’s much cheaper than the other solutions.  With ADSL, all you need is to top up a payment plan on top of your line rental and you can get going with broadband.

Mobile broadband contracts are far more onerous and expensive and the technology itself normally costs a lot more too.

If you’re looking for a pay as you go device, then on the cheapest mobile broadband dongles, you’re probably looking at about £40 or £50. You have to get tied into a mobile broadband contract in order to get free devices.

MiFi devices retail for double this and more.  So will MiFi revolutionise the broadband world?

In my opinion, probably not: the landscape will remain fairly similar with fixed line broadband, the norm, and MiFi devices being taken up increasingly by those looking for an additional broadband solution on top of their fixed broadband service.

The increase in speeds and reliability of mobile broadband is going to mean that we’re going to have more opportunities on our mobile phones.  Many people don’t know but we can actually use our smartphones as a mobile hotspot to connect our other devices.

Be careful with certain operators as this can cost, so check your terms and conditions.  But even on a pay as you go phone, it’s possible to link up your laptop to your phone simply by downloading a little bit of software onto your phone.  On android for example, there are apps that you can download if your phone doesn’t already have the capacity. On most phones all you need to do is go into your wireless settings and pick a box saying ‘to broadcast the mobile broadband signal’.

Do ensure that you secure the network as it’s not normally secured automatically and this could mean that other people are jumping on to your mobile phone and eating your data.  Once you are broadcasting a signal, all you need to do is find the network on your connecting device, click the network, enter the password, and you are good to go.

Using this technology, you can normally jump several devices onto the same smartphone, and if you have a large enough data plan, this can be a great way to stay broadband mobile through your phone. You can also tether your phone to your device through a microUSB to USB cable, normally supplied with your smartphone. 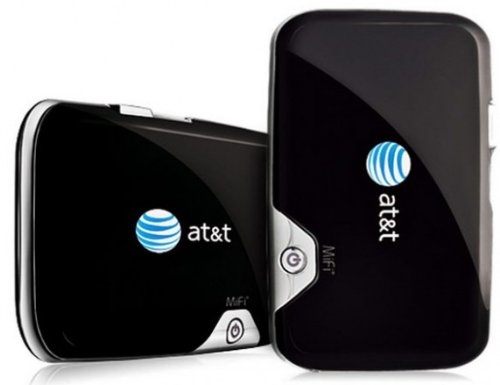