Are Wacom Tablets For You?

Do you create any kind of art at all on your computer? Okay, I'm not going to do any kind of hard-sell, but I bet you get tired of trying to use your mouse to create art that looks like a child's drawing. Wacom tablets are centered around the idea that you are serious about your digital art and want to prove it. You just want to pick the one that suits you best.

So you're thinking Etch-A-Sketch with batteries, but Wacom tablets often make the shortlist of people who want to enhance their 3D art with customized textures, add real splash to their photos in a way that leaves Photoshop in the dust, and basically take control of their art to take it to the next level. 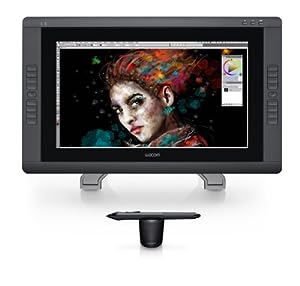 The Wacom Cintiq. Usually I don't show off products right in the middle of an article, but just look at that. Sixteen programmable hotkeys and effects that would be difficult to produce without a touchscreen.

Tips For Using Your Wacom

So you got your new Wacom in the mail and now you're eager to use it. You already opened the box, installed the included software, hooked up the tablet with a USB cord, and now you've got the included pen hovering just above the screen while you decide what to do first. You might have even noticed one funky thing: the pen can actually be used to control the cursor just by hovering an inch above the screen. (To actually draw, the pen has to touch the screen.) So, what's next?

You're a digital artist who is going places. If you're seriously considering a tablet like this, you're obviously ready to take it to the next level. The Wacom is a tablet that specializes in giving you the tools you need to maximize your art.