More of Renee Dillon's work can be found at ReneeDillonArt.
InfoBarrel is a writing platform for non-fiction, reference-based, informative content. Opinions expressed by InfoBarrel writers are their own.
InfoBarrel > Health > Mental Health

Are You As Smart As You Think You Are? The Dunning-Kruger Effect in Action

"The Foole doth thinke he is wise, but the wiseman knowes himselfe to be a Foole." - As You Like It, William Shakespeare

The Dunning-Kruger Effect is the theory that a person who lacks intellignce or competence overestimates their abilities, whereas a quite intelligent or skilled person overestimates the competence or intelligence of others. This idea was studied by David Dunning and Justin Kruger from the Department of Psychology at Cornell University.

Dunning and Kruger tested their hypothesis on psychology students, by testing their logical reasoning, grammatical skills and sense of humour. After showing the students their test scores, they were asked to estimate their rank relative to the others. The most competent students were able to estimate most accurately, but the least competent students overestimated their results.

People who overestimate their abilities are said to be experiencing illusory superiority. They don't know how much knowledge they are missing or which of their knowledge is incorrect, so they may think their grasp of a subject is more complete than it really is. Conversely, people who underestimate their abilities are said to be suffering from impostor syndrome. Those who believe that tasks are easy think that most other people must find them similarly easy, therefore doubting that they are above average.

The problem with the Dunning-Kruger effect in your everyday life is that it can skew the way other people think about you and the people around you. People who think they are superior to those around them are likely to be more confident and assert their opinions and knowledge more often. If they have a solution to a problem, they may drown out any other ideas because they believe theirs is the best. People who don't believe they have all of the knowledge or experience they need may be more likely to back down to these assertive people. Better ideas may be quashed because it is assumed that the confident people have all of the answers.

If you see this kind of behaviour in your workplace or elsewhere, don't be afraid to question it. Ask questions and stimulate debate about the idea that has been put forward. See if anyone has any alternative ideas. Don't let one person steamroll the debate or discourage others from participating in the discussion. People who overestimate their intelligence often don't appreciate the intelligence of others.

"Real knowledge is to know the extent of one's ignorance." - Confucius 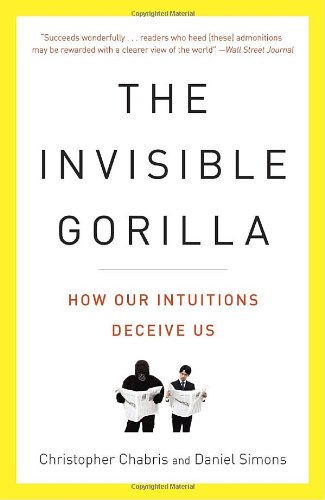 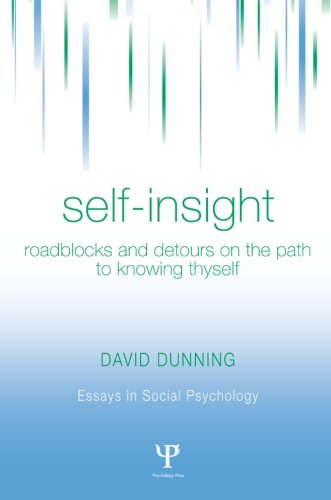 Self-Insight: Roadblocks and Detours on the Path to Knowing Thyself (Essays in Social Psychology) Amazon Price: $54.95 $45.76 Buy Now(price as of Sep 24, 2015)
Next >> How to Get Creative Juices Flowing - Get Your Body, Mind and Soul on the Same Page