Another Serious Role For Ashton

Ashton Kutcher is taking on the role of Steve Jobs, the creator of Apple, in the new film titled Jobs. It's going to be coming to theaters August 16 and you can bet your bananas I'm going to be there opening night.

This would be the second serious role I've ever seen Ashton star in. Of course, his first was The Butterfly Effect. I was hoping he was going to do more serious roles and venture away from the goofy, immature guy I was so used to seeing. It took him quite a few years, but he's finally gotten around to it.

I was impressed by his first joke free movie because I honestly didn't think it was possible for him to make it through a whole movie without cracking a joke. I'm looking forward to this!

His Appearance Is Spot On

First, I'd like to admit that I've always had a huge crush on Ashton. Seeing this preview brought back that old flame with a vengence. I've always loved his hair, but the beard is something I've only ever dreamed of seeing.

Not only does he just look better with the Steve Jobs beard, he also looks a lot like the deceased creator of Apple. I don't think Steve would like this very much. Actually, I don't think he'd like this at all.

Expectations Of The Film

I'm sure the audience isn't expecting a comedy so it's really going to suck if they made this movie a movie filled with jokes and puns. The preview seems to hint that there are a few chuckle worthy comments in the movie, but nothing that's along the lines of being disrespectful to Steve Jobs.

Even though Ashton Kutcher looks the part, he's got some really big shoes to fill and I'm hoping he's able to step his acting up to a completely different level. I expect him to deliver a great performance, I'm really just hoping it's better than better. It's the way Steve Jobs would have wanted it.

How Far Will They Go?

Is this going to be a story about Steve Jobs and how he created Apple? Will they take it all the way to the end? I'm not sure. I'm hoping they're going to take this show from beginning to the tear jerking end.

It'd be nice if they make the movie all facts, considering there are a lot of interview with Steve Jobs talking about what he'd accomplished. I don't blame the man for bragging! I say he'd definitely earned it and if I were the creator of Apple I'd definitely let everyone know what I'd done and what I had to go through to get there.

Is It Too Soon?

Some people are saying it's too soon to have created a Steve Jobs movie. Maybe it is and maybe it isn't. I'm pretty sure Steve wouldn't have minded considering that he was trying to create things that people told him was "too soon" to be possible.

I think the timing of this movie is right up Steve's alley and that he'd be delighted if he was around to be able to see it. I think he would have insisted he be cast as himself though because no one can be Steve Jobs, and definitely not Ashton Kutcher.

Whether this movie is a success or not, it's going to go down in the books. It's going to be on the record forever. 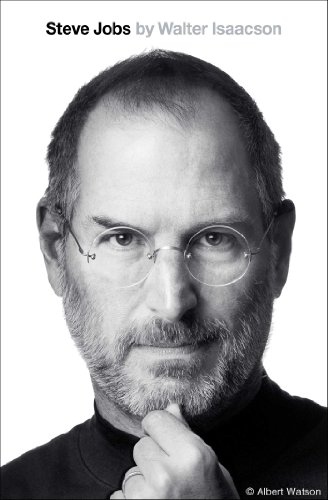