I've spent most of the past two decades in East Asia, holding lecturing and publishing positions in Hong Kong, Japan and South Korea. Among my favorite places are Taiwan and the Philippines. I'm fascinated by local religions and customs, and enjoy reading about history and how the English language changes and develops. I enjoy writing on InfoBarrel. If you love writing, sign up today.
InfoBarrel is a writing platform for non-fiction, reference-based, informative content. Opinions expressed by InfoBarrel writers are their own.
InfoBarrel > Entertainment > People

Beauty is a massive industry in East Asia. In Japan, around US$27 billion is spent on cosmetics each year, per capita expenditure being roughly 70% higher than in the USA. China is poised to soon overtake Japan and become the world's no. 2 market for beauty products, while South Korea has gained a worldwide reputation for expertise in the most drastic form of beauty treatment imaginable: cosmetic surgery. Makers of beauty products, boutique clothes and fashion accessories spend massively on advertising, creating an abundance of opportunities for models, among them these five ladies.

Described by The New York Times as "China’s first bona fide supermodel," Liu Wen earned a cool US$4.3m in 2013, placing her fifth among the world's modeling superstars in terms of financial gain. The first spokesperson/model of Asian descent for Estée Lauder, Liu was born on January 27, 1988. Like tens of millions of her compatriots born since the early 1980s, she's an only child. Unusually tall for a Chinese lady at 178cm, Liu has also worked for Calvin Klein, Dolce & Gabbana, Hugo Boss, Alexander Wang, Diesel, Gap,and Victoria's Secret.

Liu, who started modeling a few months before her 18th birthday, hails from Hunan, a province in central China famous for producing girls with "cherry blossom faces, skin like white jade... delicate, curvy figures [and also] tiny pale feet." That last distinction is especially interesting, as it wasn't that long ago that many Chinese girls had their feet bound as infants to ensure they didn't grow any further, so they'd have the little feet that were considered a mark of class and beauty. Foot-binding was outlawed in China in 1911, but it's thought to have continued in some rural areas until the late 1930s. Even today there are women alive who can barely walk because of this odious tradition.

Born on August 6, 1987 in Ho Chi Minh City, Vietnam to a father from the People's Republic of China and a local mother, Elly Tran Ha grew up in Vietnam, Shanghai and, for a short period, the US state of New Jersey.

Just under 170cm in height, Elly - who is sometimes known as Elly Kim Hong (a Korean pronunciation of her name), is another model who rose from obscurity to international fame thanks to the internet. Her geek-with-cleavage portraits struck a particular chord with fans in Korea and China, and propelled her to a series of modeling contracts, in which she's shown she can look stunningly sexy when she isn't being purposely nerdy. She says she has turned down considerable sums of money to fully expose her F-cup assets, and aspires to become a professional singer.

A native of Okinawa, an archipelago approximately 600 miles (over 1,000 km) south of Japan's main islands and distinct in terms of climate and culture, Chibana was born on March 27, 1982 and shot to fame in 2006 when she was judged 1st Runner-up in the 2006 Miss Universe beauty pageant in Los Angeles.

Chibana's achievement won her a good amount of media attention in Japan, as no Japanese woman had done nearly so well in the contest since 1959, when Akiko Kojima returned home with the Miss Universe title. The following year, her compatriot Riyo Mori managed to go one better, winning Miss Universe in Mexico City.

Unlike those models who put their education on hold so they can make the most of their looks while young, before Chibana launched her full-time career she picked up a degree in Education and Philosophy from Tokyo's Sophia University (a school founded by Jesuits before World War I, and regarded as one of Japan's best private institutions of higher education; it's also the alma mater of the 2010 Miss Universe Japan, Maria Kamiyama). In the past few years, she's been using her language skills - she speaks English, Spanish and French as well Japanese - to work as a roving features reporter for a Tokyo-based fashion magazine, while still accepting a stream of prestige modeling assignments.

Born in Taipei, Taiwan on October 23, 1982, Bai - whose Chinese name is Bai Hsin-hui (sometimes spelled Bai Xinhui) - has made a name for herself as an actress as well as a model. Buxom by the almost curveless standards of young Taiwanese women, and thus a top pick for lingerie manufacturers, she has also starred in TV commercials for more mundane products like tomato juice. Bai has appeared in a steady stream of soap operas and TV dramas since 2005, when she made her debut in It Started With A Kiss.

Around 2010-2011, Bai dated James Mao, an American of Taiwanese descent then playing in Taiwan's professional basketball league. The Chinese character bai means "white" while mao means "hair" or "fur." Like "Bennifer" (the portmanteau which described the pairing of Ben Affleck and Jennifer Lopez), the couple was dubbed "Baimao" (literally "white fur") by Taiwan's media. 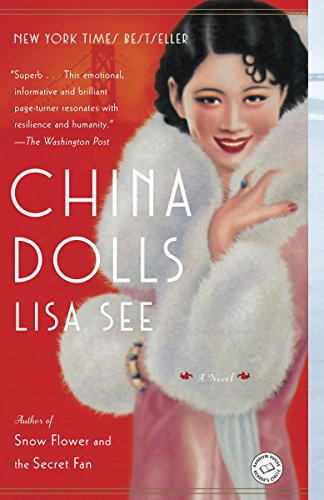 Shanghainese Ming Xi (real name: Xi Mengyao) is an up-and-coming model in the world's most populous country, and fast gaining name-recognition in faraway places. With contracts from Givenchy Haute Couture among others, plus a jawline and cheekbones that render her instantly recognizable - if not universally thought of as a classic beauty - great things are expected of Xi. Born on March 8, 1990, Xi has appeared in the Chinese- and Russian-language editions of Vogue, as well as Harper's Bazaar.