I've spent most of the past two decades in East Asia, holding lecturing and publishing positions in Hong Kong, Japan and South Korea. Among my favorite places are Taiwan and the Philippines. I'm fascinated by local religions and customs, and enjoy reading about history and how the English language changes and develops. I enjoy writing on InfoBarrel. If you love writing, sign up today.
InfoBarrel is a writing platform for non-fiction, reference-based, informative content. Opinions expressed by InfoBarrel writers are their own.
InfoBarrel > Lifestyle > Politics & Government

Atheist Politicians Around the World

Overt athesism is a relatively new facet of human culture. Only since the 17th century have any philosophers or writers explicitly stated their belief that there is no god. In England, Christopher Marlowe (1563-1593) and Thomas Hobbes (1588-1679) were both accused of atheism. Marlowe was stabbed to death before his case came before Queen Elizabeth I's Privy Council; the murder may or may not have been related to the allegations. Hobbes did in fact express a belief in god, but not in terms the majority of his compatriots could understand.

Matthias Knutzen, born in Denmark in 1646, is regarded as a pioneer of public atheism. In 1674 he published three athesist tracts while in the German university town of Jena. To avoid arrest he fled to nearby Coburg, but is believed to have returned to Jena the following month. What happened to him after that isn't known. The same year, Kazimierz Lyszczynski, a Polish nobleman, judge and former Jesuit, began secretly working on a tome he titled De non existentia Dei (Latin for "The Non-Existence of God"). The book was discovered in 1689; he recanted his views following torture, but was still put to death in a most barbaric manner.

In some parts of the world, publicly expressing non-belief in god is still a near-suicidal act. According to a Reuters report published in December 2013: "In 13 countries around the world, all of them Muslim, people who openly espouse atheism or reject the official state religion of Islam face execution under the law." In the past decade, dozens of people have been put to death for apostasy, some by governments, but a far greater number by unrecognized entities such as the Islamic State in Syria and Iraq, or Islamist militias in Somalia.

Even though the majority of societies have been quite religious until recently, some notable figures in history have been non-believers. David Ben-Gurion, the first prime minister of Israel (holding office from 1948 to 1953, and again from 1955 to 1963), was such a strident atheist that leading Israeli intellectual Yeshayahu Leibowitz once said Ben-Gurion, "hated Judaism more than any other man I've met." While dismissive of the Jewish religion, Ben-Gurion passionately believed in a homeland for Jewish people.

Before the emergence of our current form of politics - in which every aspect of a candidate's history and all of his past utterances are scrutinized - it was possible for a politician to reach the highest office in the USA without having to pander to the Christian lobby, or state precisely where he or she stood on matters of faith.

James Monroe, fifth president of the US (1817 to 1825), seems to have had no interest whatsoever in religious ideas, judging by his letters and those of his friends and relatives. As an adult, however, he sometimes attended Episcopal church services. After Abraham Lincoln (pictured right) died, his close friend and biographer, Ward Hill Lamon, said: "Never in all [the time Lincoln was in Washington] did he let fall from his lips or his pen an expression which remotely implied the slightest faith in Jesus as the son of God and the savior of men."

Prior to his 1909-1913 presidency, William Howard Taft declined an invitation to become president of Yale University, from which he'd graduated in 1878. The reason he gave was that he did "not believe in the divinity of Christ," and so shouldn't run an institution still affiliated with the congregationalists who had found Yale in 1701. When his enemies labeled him an athesist a few years ahead of his election to the White House, he didn't deny the charge. But, like Monroe, Taft did go to church from time to time.

More recent history suggests an openly atheist candidate for the presidency wouldn't stand a chance of getting nominated by his or her party, let alone elected by the populace. Pete Stark, a Democrat member of the House of Representatives from California first elected in 1973, failed to get reelected in 2013. Some attribute his defeat to his 2007 public embrace of atheism - his primary opponent criticized Stark's lack of religion - but redistricting were likely a factor.

More interesting is the story of Barney Frank, another Democrat who left the House in 2013. Right after his retirement, Frank spoke about his atheism on TV, leaving supporters of humanism and secularism wondering how it was that a man brave enough to come out as gay in 1987 hadn't dared admit to his electorate that he found all religions unconvincing.

Francois Hollande (pictured right), president of France since 2012, was raised a Roman Catholic but now labels himself an atheist. Georges Clemenceau, French prime minister at the conclusion of World War I, was an atheist like his father. The official link between the French state and the Roman Catholic Church was severed back in 1905.

In Portugal, church and state have been separated since 1976, yet 81% of the population still identifies themselves as Roman Catholic, and fewer than 7% say they have no religion. Nevertheless, two recent presidents, Mario Soares (held office 1986 to 1996 and himself the son of a former priest) and Jorge Sampaio (1996 to 2006) have been open about their non-religious outlook.

In the formerly Communist countries in Eastern Europe, four decades of anti-church education and propaganda means atheism is widespread. In what used to be East Germany, the most recent census found that only 25% of the population is religious to any degree. The bulk of that minority is Protestant.

The UK and the US are culturally similar, yet since World War II it seems non-believers have had a far easier time in the former than in the latter. The irreligious have risen to the very top of British politics. Labor Party prime ministers Clement Attlee (held office from 1945 to 1951) and James Callaghan (led the government 1976 to 1979) were both openly atheist. Nick Clegg, until very recently leader of the Liberal Democrats (the UK's third-largest party between the late 1980s and earlier this year) and deputy prime minister 2010-2015, is an atheist. Ed Miliband, the former Labor Party leader who appeared to stand a good chance of becoming Britain's prime minister in 2015, has stated unequivocally that he doesn't believe in any gods. 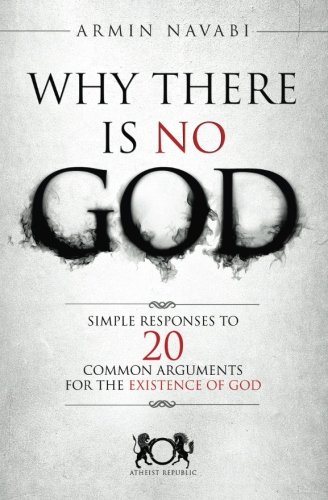 Why There Is No God: Simple Responses to 20 Common Arguments for the Existence of God Amazon Price: $5.95 $4.31 Buy Now(price as of May 16, 2015)
Next >> Notable World Leaders Who Weren't Natives of the Countries They Led