The Lost City of Atlantis

An idyllic golden age, a vast continent lost beneath the deeps, a great imperial power swept away overnight by a cataclysmic disaster—the account of the rise and fall of Atlantis by the Greek philosopher Plato has haunted the Western imagination for more than two millennia. In his dialogues Timaeus and Critias, Plato gives the first written account of this legendary island civilization. He describes Atlantis as a great maritime nation, fabulously wealthy, lying beyond the “Pillars of Heracles” (Straits of Gilbraltar) and dominating the Mediterranean as far as Egypt and Tuscany.

It was a place rich in natural resources: timber, precious metals and stones were as abundant as fruit trees, vegetables and herbs. Magnificent mountains provided shelter from the northern winds, and wild and tame animals, including elephants, roamed among meadows, streams and lakes. Ten kings, all descendants of Poseidon, reigned over the ten regions of this paradisal island, coexisting in perfect accord.

Atlantis, Plato relates, had been given to Poseidon, god of the sea and earthquakes, at the sharing out of the earth. There the god had found a mortal woman named Cleito, living on a hill. He married her and fortified her dwelling place with concentric rings, two of land, three of water. His descendants, the Atlanteans, incorporated these rings into the city they founded on and around Cleito’s hill.

On the hill itself they built the royal palace, and in the middle of it, the temple of Poseidon. Surrounded by a golden wall, the temple was faced with silver and adorned with gold pinnacles. Inside it stood a golden statue of the god in his chariot driving six winged horses. Nearby, a hot and a cold spring fed reservoirs and baths. On the two land rings they laid out temples and gardens, exercise grounds for horses and men, and a racecourse. In the harbours, fully equipped triremes lay ready to venture across the seas.

Destruction of the island

But Atlantis and all its splendour was destroyed from within by the corruption of its inhabitants. At first noble and innocent, the Atlanteans in time became power-hungry aggressors, seeking to subjugate neighbouring lands. Eventually, however, they were defeated by the Athenians, and then their island was destroyed by natural forces, earthquake and flood.

Plato, who died in 347 B.C., claimed that this “true story” had been told about 200 years before his time to the Athenian Solon by the priests of SaIs, the capital of Lower Egypt. Solon passed the story down orally until it reached the ears of Plato, the only ancient source for the tale. He presents it as fact, but was using it as an allegory to illustrate a point. Aristotle, his most famous pupil, did not believe it. Yet since Plato’s day, more than 2,000 books on Atlantis have been published, most accepting Plato’s account as true.

The mystery of whether Atlantis actually existed and, if so, where it might have been, has attracted scholars and mystics for centuries. In the sixteenth century, Dr John Dee, Queen Elizabeth I’s astrologer, suggested that the newly discovered Americas were Atlantis. In the following century, a Swede named Olof Rudbeck located the great sunken continent in Sweden. Indeed, over the years, Atlantis has been identified with places ranging from Australia and Brazil to Malta, Britain and Greenland.

In recent times, the American clairvoyant Edgar Cayce (1877—1945) prophesied that temples of Atlantis would be discovered near Bimini in the Bahamas in 1968 or 1969. In 1968, a local Bahamian diver drew attention to what looked like a great stone “pathway” lying on the sea bed off Bimini. The discovery caused great excitement, but whether the Bimini “road” is man-made or natural has not yet been ascertained.

Many Atlantis-hunters still place absolute trust in Plato’s statement that the island lay beyond the Straits of Gibraltar. Others think that the description of Atlantis has echoes of the civilization known to have flourished on the Greek island of Thera until it was all but destroyed in a massive volcanic explosion in about 1 B.C. Excavated Theran pots and frescoes are similar in style to those of the sophisticated Minoan culture of Crete, 75 miles south of Thera. 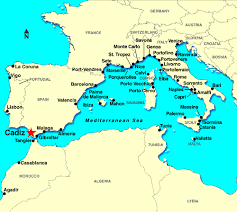 Atlantis and the Minoans

It is possible that the Thera explosion not only blew the island apart, but precipitated the downfall of Minoan Crete, known to have occurred in about 1450 B.C. Could Plato’s story be a garbled tradition of this? 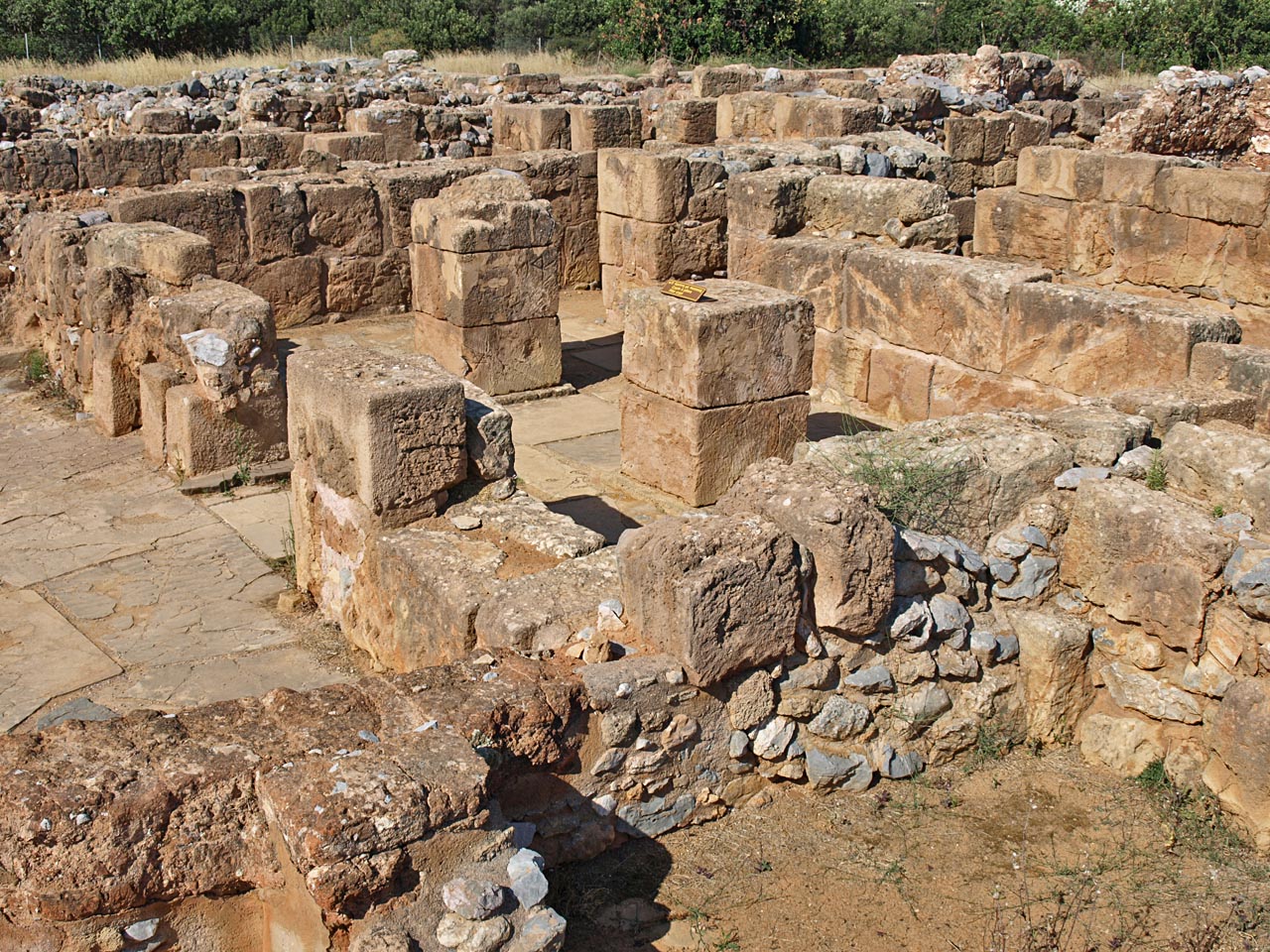 Like the Atlanteans, the Minoans were island-dwellers with shipyards, powerful fleets and a thriving maritime commerce. They had fine houses and superb artefacts, and were skilful builders and engineers— again like the Atlanteans. As in Atlantis, the bull, sacred to Poseidon the earth-shaker, was important in Minoan rituals. Moreover, this rich civilization also seems to have come to a sudden end. If Plato’s date for Atlantis, 9,000 years before Solon, were to lose a zero (a scribal error, perhaps, or storyteller’s exaggeration), it would fit neatly into the time- scale of Minoan culture.

But problems remain, not least the fact that Plato explicitly states that Atlantis lay beyond the Pillars of Hercules. Meanwhile, people continue the search for Plato’s Utopian island, inspired by its physical beauty and the lives of its Golden Age inhabitants— “for the intents of their hearts were true …. “